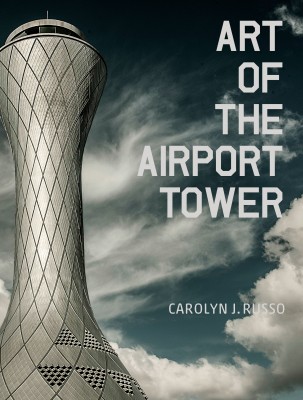 “My recurring theme is the transformation of the ordinary…,” explains National Air and Space Museum photographer Carolyn Russo in reference to her new book, Art of the Airport Tower, published by Smithsonian Books.

While the appearance of most airport towers is anything but ordinary, Russo’s lens manages to transform these odd structures into monumental abstractions, symbols of cultural expression and testimonies of technological change. The book of stunning photographs shows towers from 85 airports in 23 countries. Her goal, she says, is a heightened awareness of the simple beauty of these structures and a call to preserve a number of historic towers (some which are abandoned and in decay).

“Airport traffic control towers have a powerful presence—they watch over the vastness of the airport and sky, are a nonjudgmental cultural greeter, a choreographer or conductor of the aircraft dance, an omniscient, intelligent structure keeping humans safe,” Russo explains. “I saw them as the unsung heroes of the airport landscape and tried to elevate them beyond their height and amazing architecture.”

What started out as a strictly functional structure, the airport tower has become a symbol of its airport, its community and even its country, Art of the Airport Tower points out. Visitors to the Stockholm-Arlanda Airport in Sweden, for example, are greeted by two towers that evoke protective ravens from Nordic mythology. The crescent-shaped tower at the Abu Dhabi International Airport resembles the sail of a dhow boat emphasizing the area’s proud maritime heritage. 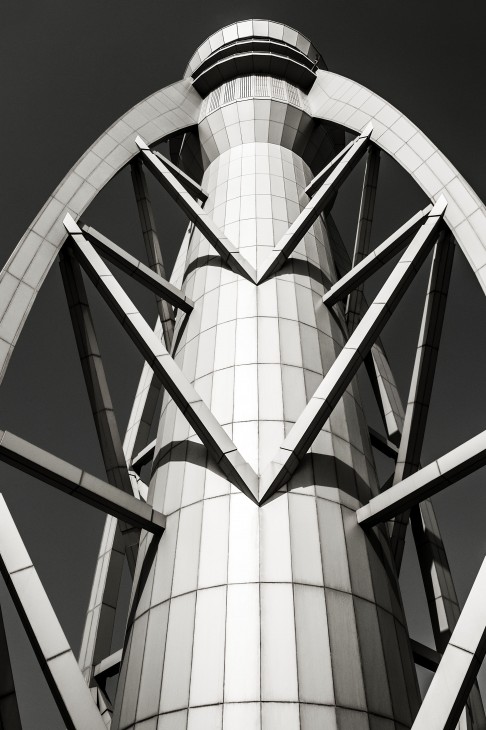 Russo’s choices for photos in the book were based upon visual aesthetics, historical background height, popularity, uniqueness and location. For example, the world’s tallest is the 434-foot tower at Suvarnabhumi International in Thailand; the busiest is the helicopter tower at Aberdeen International Airport in Scotland, which oversaw the arrival and departure of 500,000 passengers in 2014 (mainly personnel on North Sea oil rigs). 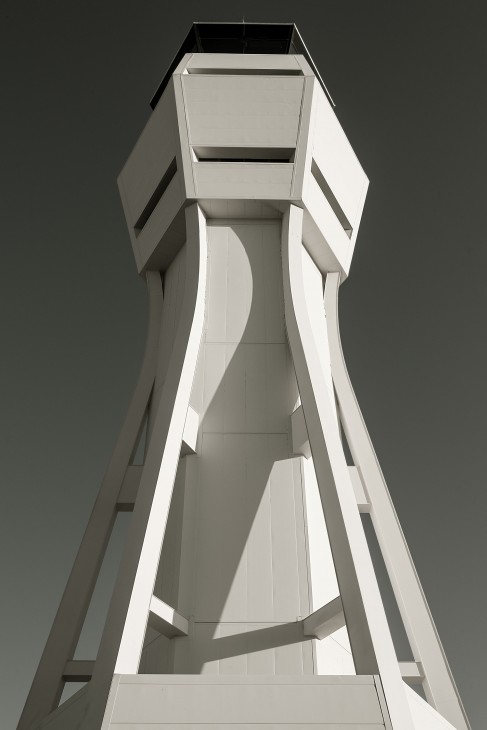 Russo’s images often meld backgrounds of earth, sky and available light in compositions that seem to jump off the page. Her narratives include cultural, historical and technological design to help inform the scenes she has carefully crafted with her camera. The images and the spirit of the narratives draw viewers deeply into the stunning and often overlooked beauty of the towers.

Russo’s care in choosing a composition is evident in her image of a tower in the United Arab Emirates that has a crescent form. She photographed it near the base shooting up at the curve of the crescent to the control cabin. The background is muted dark-to-black sky. The white crescent face jumps out with soft horizontal texture and curves that accent the sail-like crescent edges. This is just one of many stunning images that appear in Russo’s homage to the airport tower. A companion exhibit is on view at the National Air and Space Museum through November 2016. 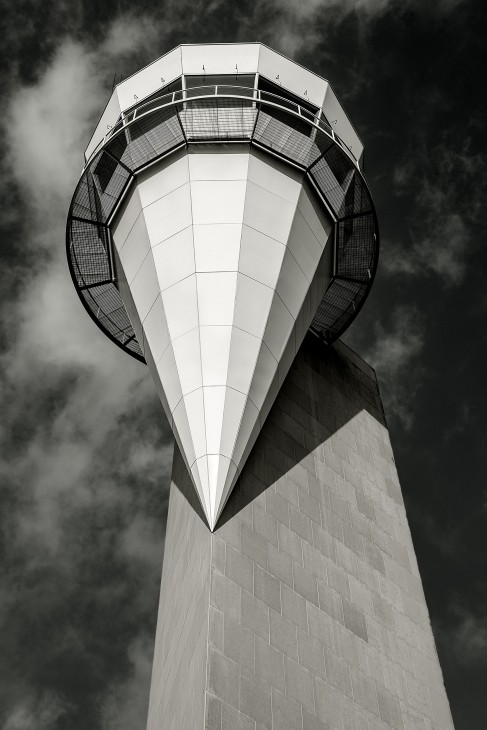