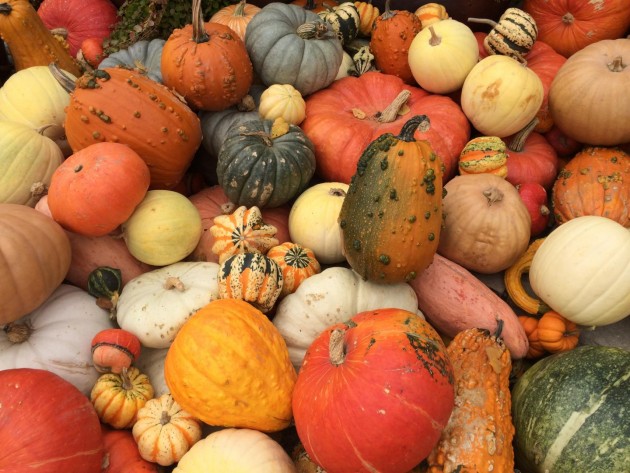 New research by a team of archaeologists has revealed a curious connection between our traditional Thanksgiving dinner and the taste buds of prehistoric mammoths and mastodons.

Today, domestic pumpkins and squash are in a close co-evolutionary agricultural relationship with humans, with big benefits for both species. “If you think in terms of the total number of squash plants now growing in the world, squash has been a big beneficiary of domestication,” says archaeologist Bruce Smith of the Smithsonian’s National Museum of Natural History, and co-author of a study just published in the Proceedings of the National Academy of Science.

Tens of thousands of years ago in North America squash (Cucurbita spp.) had very different evolutionary partners—mastodons, woolly mammoths and elephants—a relationship that influenced its gourds to be much smaller—baseball-sized—than what we know today and with bitter toxic flesh. 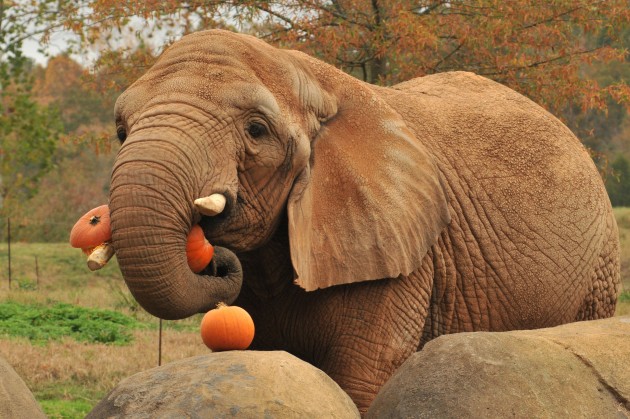 Mastadons, wooly mammoths and prehistoric elephants ate and spread the seeds of ancient wild squash across North America, even though the gourds were small, hard and bitter. Here an African elephant eats domestic pumpkins at a zoo event. (Flickr photo by Valerie)

Bitterness was the plant’s natural defense against small herbivores and rodents which would have nibbled away and eaten the gourd’s seeds. Cucurbitacin, a compound that caused the bitter flavor, is also a toxin.

Mastodons, mammoths and other giant herbivores ate these wild gourds and swallowed the seeds because their taste buds didn’t register the bitterness. Their bodies also were large enough to absorb the toxins without harm.

Squash seeds found in fossilized mammoth dung is clear evidence that these prehistoric giants ate the bitter squash and that the wild plant relied on them to disperse its seeds, the scientists report in their paper.

“The plant’s strategy was to allow large herbivores to eat its gourds, and then the seeds would pass through and be deposited some distance away with a little fertilizer in the form of mastodon/mammoth poop to help them to start growing,” Smith says. 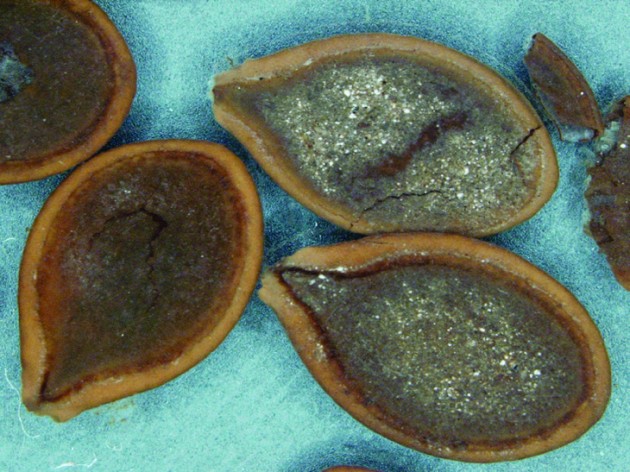 The strategy worked. Wild squash was once prolific across the North American landscape.

Following this theory, paper co-author Logan Kistler of Pennsylvania State University and colleagues, analyzed the genomes—an organism’s complete DNA profile, including all of its genes—of an array of mammals of various sizes, specifically looking at genes that allow taste detection of bitter compounds.

Small mammals with diverse diets tended to have more genes for bitter-taste reception, they found. Larger animals such as elephants have fewer of these genes and therefore have less of an ability to taste bitter plant compounds. In Africa today several bitter species of squash are eaten and dispersed by elephants, the scientists point out. 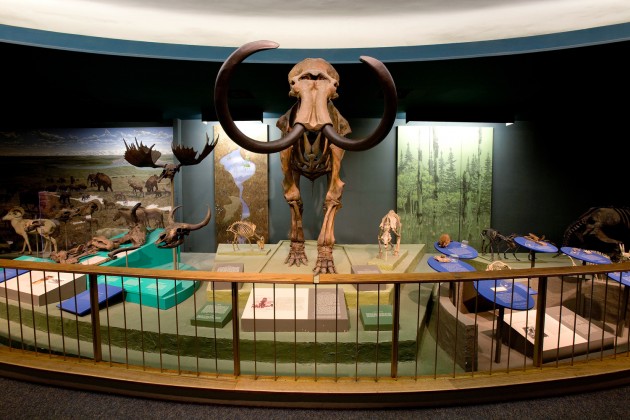 During the Pleistocene the wooly mammoth (“Mammuthus primigenius”) was one of the largest North American mammals. It helped spread the seeds of tiny bitter wild squash that is the ancestor of modern pumpkins and squash. (Photo by Chip Clark, Smithsonian Institution)

At that time, squash switched partners in its evolutionary dance.

“Initially, humans probably ate the seeds of the wild gourds after some washing to get rid of the bitter taste,” Smith says. Over thousands of years “humans selected for non-bitter forms… so they would have grown them and cultivated them and then selected through the seeds, finding seeds that had less bitterness and planting them selectively.”

Rather than small and bitter, some domesticated squash gradually became large and sweet, like pumpkins and butternut squash. “The gourds certainly would have responded over a series of generations to the selection that humans were placing them under,” Smith says. 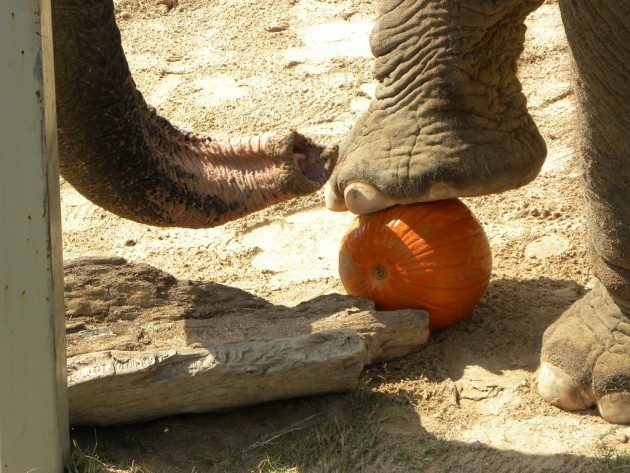 In Africa today several bitter species of squash are eaten and dispersed by elephants. Here an elephant stomps a pumpkin before eating it at the San Antonio Zoo. (Flickr photo by Karen)

Genetic evidence shows domestication occurred for squash in a number of areas in North and Central America at around the same time during the Holocene. Cucurbita may have been domesticated at least six different times in six different places, Kistler told Penn State News.

“There is a huge amount of diversity in some of the domestic species and between them as well,” Kistler adds. “Cucurbita pepo is probably the most variable, with jack-o-lantern pumpkins, acorn squash, zucchinis and others. Cucurbita moschata contains the butternut squashes and the kind of pumpkin that goes into the cans that a lot of folks will be baking into pies…”