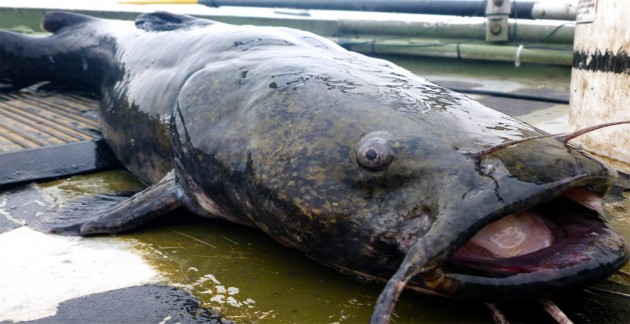 DNA analysis is proving to be a valuable tool for scientists trying to gauge the environmental impact that invasive blue catfish (Ictalurus furcatus) and flathead catfish (Pylodictis olivaris) are having on native populations of fish in eastern Virginia waterways. Both species are strong predators native to the Midwest and western North America; flathead catfish were introduced to the rivers of Virginia in 1965 and blue catfish from 1975 through the 1980s. 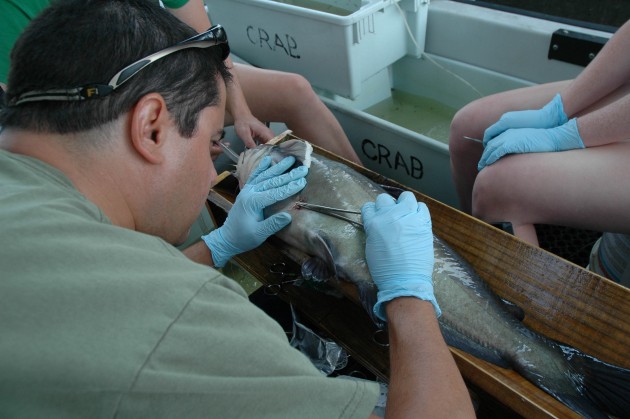 Rob Aguilar implants an ultrasonic transmitter in a blue catfish before releasing it in the with Potomac River. The transmitter allows researchers to track the movements of the fish. (Photo courtesy Rob Aguilar)

By studying the stomach contents of blue and flathead catfish caught in the waterways of tidewater Virginia, biologists are piecing together just which native Virginia fish species these invasive catfish are eating. Sifting through partially digested earbones, spines and scales, the researchers using only their expertise in fish morphology, can identify 65 percent of the species found in catfish stomachs. However, the rest of the material—25 to 30 percent of the stomach contents—often consists of heavily digested, indistinguishable remains. 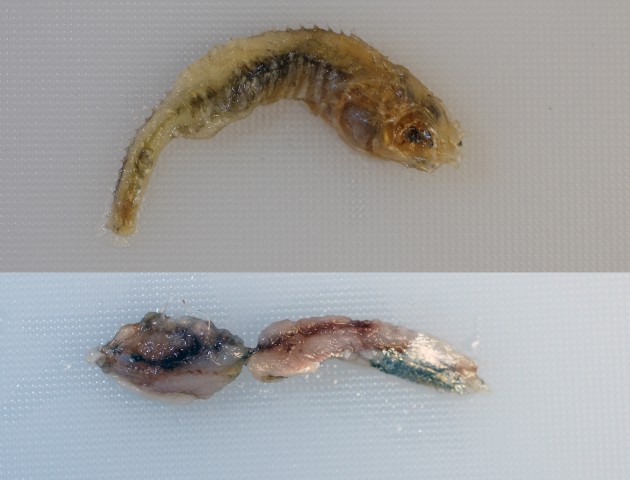 “You may get a chunk of flesh on a bit of spine, and you know it was a fish, but not what [fish] it was,” explains Robert Aguilar, a biologist at the Smithsonian’s Environmental Research Center (SERC) and co-author of a recent paper in the journal Environmental Biology of Fishes.

Enter DNA barcoding. By taking 10- to 25-milligram samples of the unidentified remains and subjecting them to DNA amplification and sequencing, the scientists increased the identification rate to 88 percent of fish prey items overall. DNA recovered in catfish stomach contents is matched to a global genetic barcode library of species, which includes many samples collected in the Chesapeake Bay. The growing database includes fish, shellfish, insects and plants. 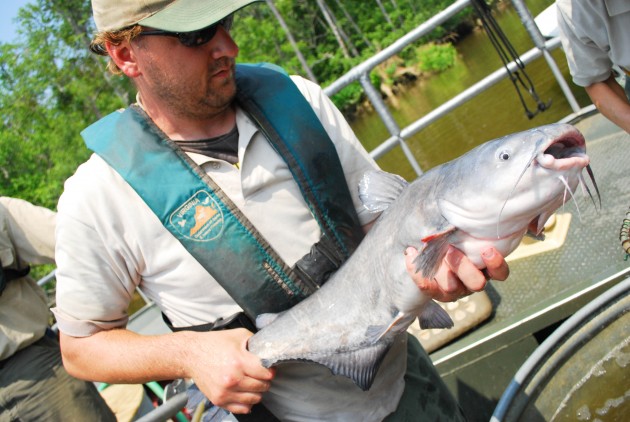 “Many of the highly digested samples were identified as species of conservation and management concern,” the scientists report, “including striped bass and white perch or American shad, alewife and blueback herring…” Their results show the catfish eat a varied fish diet.

Robert Aguilar and colleagues at SERC are now comparing the diet of the blue catfish to that of native white catfish (Ameiurus catus) in several of Maryland’s Chesapeake Bay tributaries. Past diet studies in other areas have shown that non-native catfishes damage significant native species. 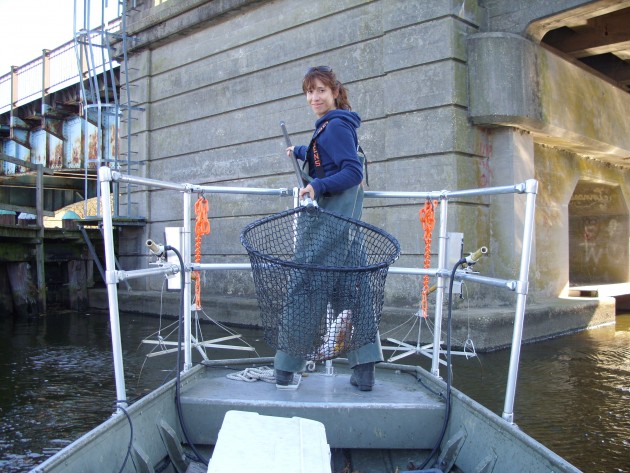 Without DNA barcoding, many of these known prey items would have been either misidentified or classified as unidentified, resulting in a lesser understanding of the impact of these non-native catfishes, the scientists say. This is the first study investigating the effectiveness of DNA barcoding for identifying fish prey items found inside North American warm-water catfish.