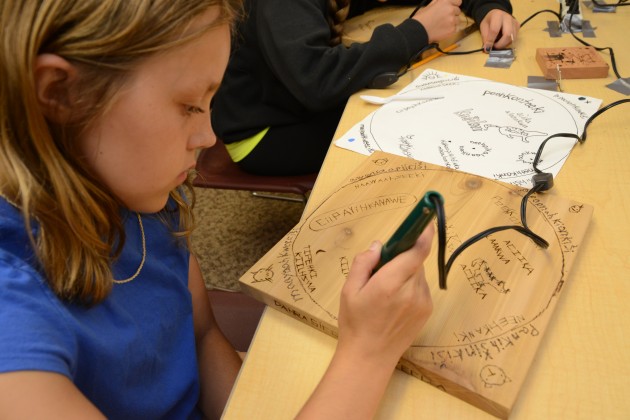 Like other kids at summer camp, a group of youngsters in the cities of Miami, Okla. and Fort Wayne, Ind. play games, work on crafts and spend lots of time outside. But for this particular collection of campers, there’s a twist: Much of their time is spent learning or speaking in Myaamia, the language of the Native American Miami Tribe of Oklahoma.

During week-long programs in June and July, Myaamia kids and teens learn about “Ašiihkiwi neehi Kiišikwi,” or Earth and Sky. They attend scavenger hunts to find natural objects like rocks or plants using lists written in Myaamia; they sing songs in their language and learn dances, games and other activities. Young learners of Myaamia are also embedding their language by using it in a very modern context: social media.

“We’re starting to see the Myaamia language on Facebook and Twitter, and if young people are engaged and have the social media tools to use the language, they will use that,” says Daryl Baldwin, a Miami Tribe member and director of the Myaamia Center at Miami University in Oxford, Ohio. “Young people want to chit-chat in their language, tease each other, and joke a little.”

Myaamia youth directed and filmed this video to accompany the song they were learning. The footage was collected, and edited by staff of the Myaamia Project. This video is from the program in Miami, Oklahoma.The audio is eewansaapita participants singing mixed with a recording of Miami University students singing.

That these youth are able to communicate with any degree of fluency in the language of their forefathers is due, in large part, to advancements in digitization. Scanning and digitizing the surviving written records of dormant Native American languages housed at the Smithsonian’s National Museum of Natural History, the Library of Congress and in the Smithsonian’s National Anthropological Archives makes them much more accessible to language researchers and experts with a keen interest in reconstructing Native American languages.

One syllable at a time

Think about the challenges of learning a language you’ve never heard before. You don’t recognize any of the letter combinations, so you can’t read any written materials. Digital collections of linguistic materials enable researchers to piece dormant languages back together, one syllable at a time.

“From a given manuscript or across manuscripts, I might search for a morpheme (the smallest meaningful unit in a language) from a word, and come up with all instances of that given morpheme,” Baldwin says. “Or maybe I want to look for words relating to a bowl or dice game, and all language associated with that activity. That kind of digital research tool would be useful for an educator who is teaching those concepts.” 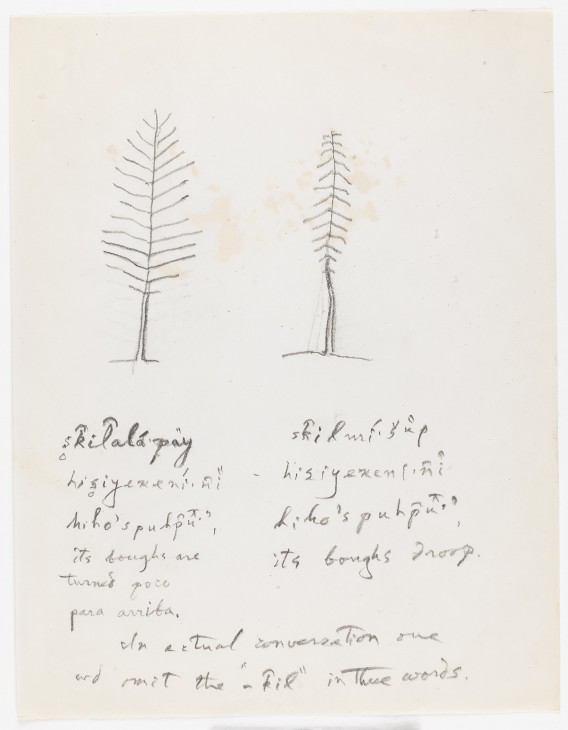 Every two years, a two-week Breath of Life Institute is held at the Smithsonian in Washington, D.C. This workshop brings people to the collections to teach them how to access and use digital and other materials to help revive their own languages. The 2015 Institute took place June 1-12.

Interest in reconstructing languages that have lost their speakers is growing. For this year’s Institute, 112 researchers applied; ultimately 15 language groups were represented by 29 community participants. Researchers receive lessons in linguistics, grammar, word sounds and construction, language documentation and archival research.

A scant 10 years prior to the first National Breath of Life Institute, the prevailing notion was that once a language was gone, it was gone forever, says Gabriela Pérez Báez, curator of linguistics in the Smithsonian’s Department of Anthropology. She is also the director of Recovering Voices, the Smithsonian’s collaborative initiative to support linguistic diversity around the globe. 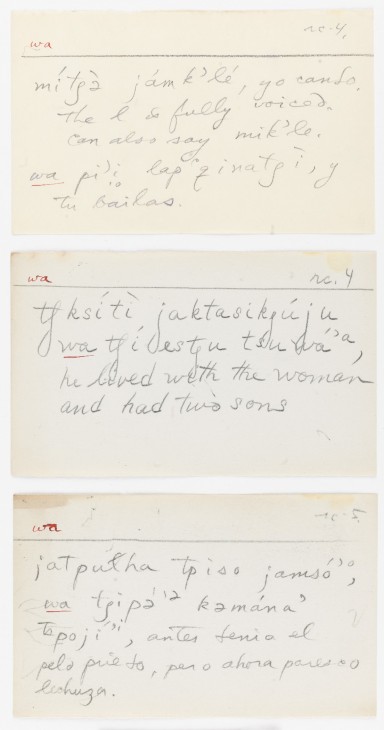 “The notion that a language could be revived was nonexistent,” Pérez Báez said. “Fast track to 2010, and communities like the Myaamia in Oklahoma and the Wampanoag in Massachusetts had developed processes for reviving their languages by consulting archival materials to reconstruct sound systems and grammar.”

The amount of material available for that kind of work is enormous, and accordingly difficult to wade through. The page count by ethnologist and linguist J.P. Harrington, who documented over 130 native languages for the Smithsonian from 1915 to 1955, numbers over 1 million—and that’s just one collection of linguistic works.

So for tribes like the Seneca, who sent representatives to Breath of Life to learn how to best digitize and utilize over 22,000 pages of their own historical materials, the goal is to be in full control of their language assets.

“We’re facing a dramatic loss in our ability to study something that’s uniquely human, and losing linguistic diversity at a tremendous rate,” Pérez Báez adds. “In the U.S. alone, something like 50 languages will be gone within the next 10 years, and for many, there are only a handful of speakers left, all over the age of 80.” 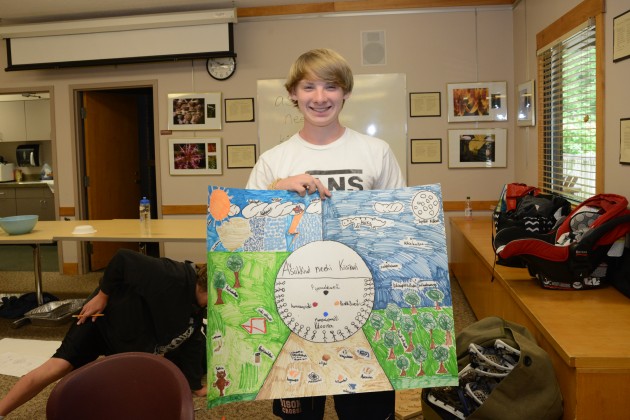 Myaamia’s last native speaker died in the mid-twentieth century. Baldwin and others have been laboring since 1988 to regain a working knowledge of their ancestral language, which began as a home school initiative, but has grown into a community-wide effort supported by a full-fledged language center at Miami University. As a Breath of Life instructor, Baldwin also helps participants learn how to rebuild their own ancestral languages.

Baldwin says that in his experience, technology is a bit of a double-edged sword. Software for analyzing and organizing linguistic documentation for revitalization is not easily available for community members, and websites for self-directed language learning have largely been ineffective, he says. Myaamia language revitalization has been more successful through programs that encourage young learners to speak the language daily.

The Myaamia people’s language is on an upward swing. For others, the work has just begun, and even with digitized records, the process is long and arduous.

“Some people ask, how many languages are you going to save?” says Pérez Báez. “Hopefully, through this work, my grandchildren will be able to answer that.”