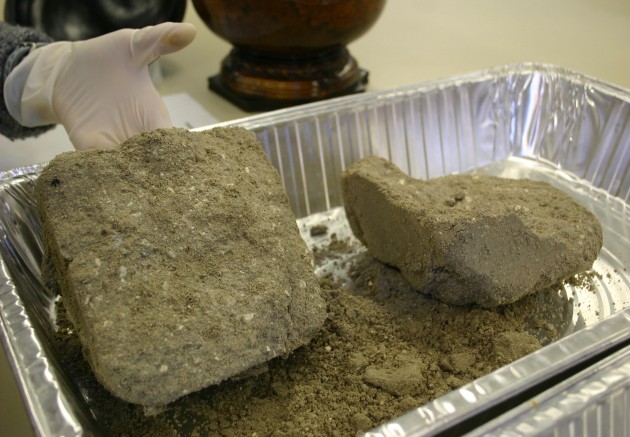 The conglomerated material found inside the urn was damp and clumpy, very unlike the dry, dusty ash it should have been. (Photos courtesy Eric Bartelink)

So when the contents of an urn holding the ashes of a 59-year-old man weighed in at 9.2 pounds, forensic scientists were fairly certain material had been added. In life, the subject stood 5 feet 8 inches tall and weighed only 132 pounds.

The “forensically challenging” study of that man’s cremated remains, or cremains, is detailed in a new paper in the Journal of Forensic Sciences, co-authored by forensic scientist Eric Bartelink of California State University; anthropologist Sabrina Sholts of the Smithsonian’s National Museum of Natural History and colleagues. Their multidisciplinary work, the researchers say, is increasingly important as cremation errors and accompanying litigation occurs regularly each year in the U.S. 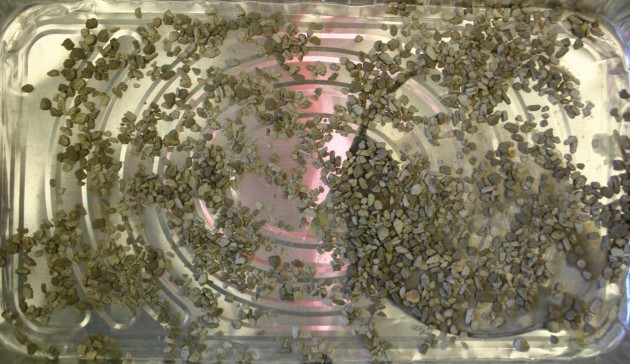 Researchers sifted many small bone fragments out of the sediment, but not as many as should have been found.

Following the man’s death and cremation in 2011, his family grew suspicious when the funeral home delivered an urn three weeks after originally claiming his cremains had been misplaced. Before even opening it, the family sent the urn to Bartelink, director of forensic osteology at the Human Identification Lab at California State University in Chico, for testing.

From the start things were questionable. Rather than dry, dusty ash, the urn contents came out in a large, damp clump. After drying and separating the material, the California State investigators sifted out stones, screws and staples from the material, as well as hundreds of tiny fragments of bone. 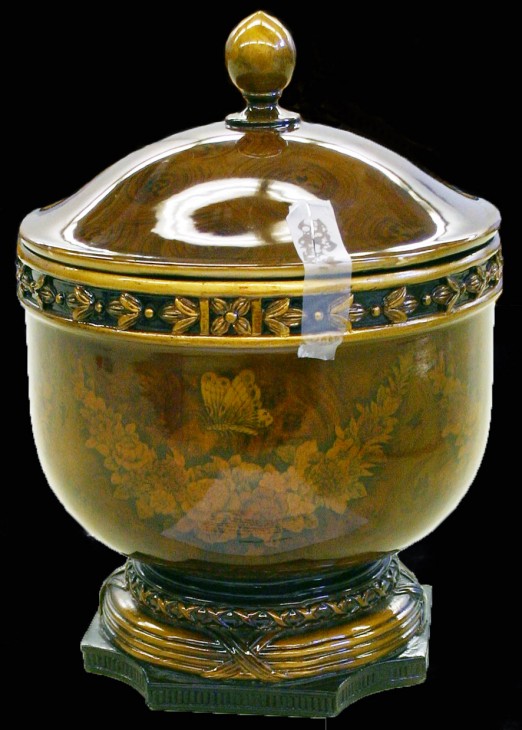 The funerary urn, sealed with a strip of tape, as it appeared when delivered to the CSU Chico researchers.

Cremated bone consists of tiny pieces that have no identifiable anatomical structure. “We have no way to know if any part of the decedent is represented,” Bartelink wrote via e-mail. But based on his stature, they could estimate how much bone ash they should expect to find.

The researchers knew the decedent should have produced around 4.5 pounds of combined bone fragments and ash. Yet only 1.3 pounds of the urn’s contents was cremated bone, the California lab determined. Chemical analysis of the other nearly 8 pounds of material was warranted. 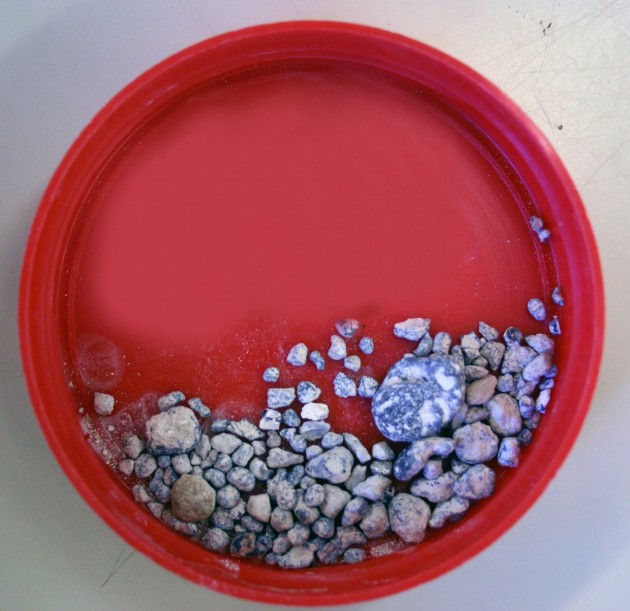 Numerous stones of varying sizes were found within the urn.

Bartelink then called on Sholts and Sebastian Wärmländer, co-author and an independent researcher in Stockholm, to examine the cremains with X-ray diffraction (XRD) and scanning electron microscopy (SEM). XRD shows the crystalline structure of a sample, while SEM reveals those structures in great visual detail.

“We thought we could provide more specificity at the microscopic level to put a few more pieces together of what might have actually gone on with these cremains,” Sholts says.

XRD showed that the ashy, cremated material did contain apatite, the mineral that makes up bone. Also present, however, were substantial amounts of calcite—a primary component of cement—and a silica-based substance. SEM imaging confirmed the silica, revealing glass-like fibers scattered throughout the samples. Cremated remains should contain none of that—only pure apatite and bits of cremated bone. 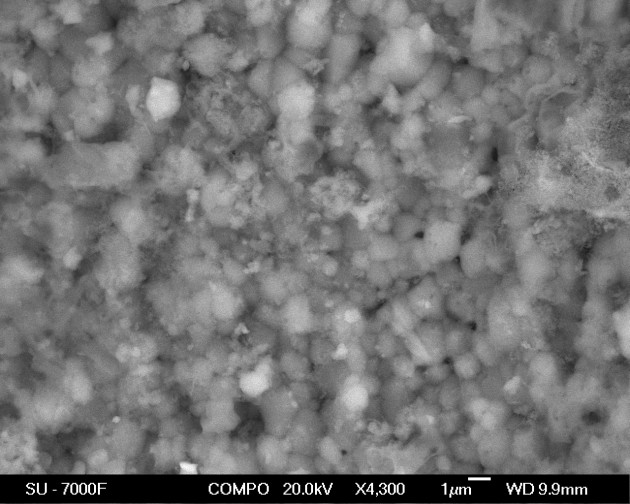 This close-up image of apatite particles, the primary component of bone, shows how as it appears under an electron microscope after being exposed to the high heat of cremation.

Sholts and colleagues concluded that perhaps fiberglass-reinforced concrete had been added to the remains.

“We were hypothesizing different things, such as whether this person possibly had a prosthetic,” Sholts says. “What are the other possibilities here? But obviously there is contamination.” 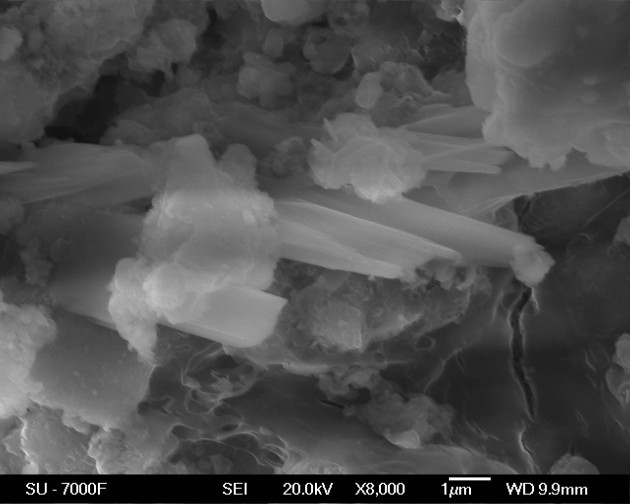 This SEM image taken from a sample of the purported human remains show a close-up of fibers consisting of elements corresponding to glass.

Although the results of the Sholts and Wärmländer analysis were not entirely satisfying, as the total volume and identity of the added material couldn’t be determined, it was a useful demonstration as to how these techniques can possibly be applied to future forensics investigations, Sholts says.

“Using a multidisciplinary approach to cremains analysis can provide useful information for resolving cases of contaminated remains and cases in which the remains do not represent the decedent,” the researchers write.