Douglas Owsley, the division head for physical anthropology at the Smithsonian’s National Museum of Natural History, presented today a forensic analysis of 17th-century human remains proving that survival cannibalism took place in historic Jamestown. The findings answer a long-standing question among historians about the occurrence of cannibalism at Jamestown during the deadly winter of 1609–1610 known as the “starving time”—a period during which about 80 percent of the colonists died. The announcement was made with chief archeologist William Kelso from the Jamestown Rediscovery Project at Preservation Virginia, and historian James Horn, vice president of research and historical interpretation at Colonial Williamsburg; each expert provided context about the discovery and the history of the site.

Owsley has worked closely with Kelso and his team of archaeologists since 1996, examining skeletal remains to help researchers understand the lives of individual colonial settlers in the Chesapeake. This particular incomplete human skull and tibia (shin bone) were excavated by Jamestown archeologists in 2012 as part of a 20-year excavation of James Fort. The remains were unusual due to their location and extensive fragmentation, so Kelso approached the Smithsonian’s forensic anthropologist for a comprehensive analysis. 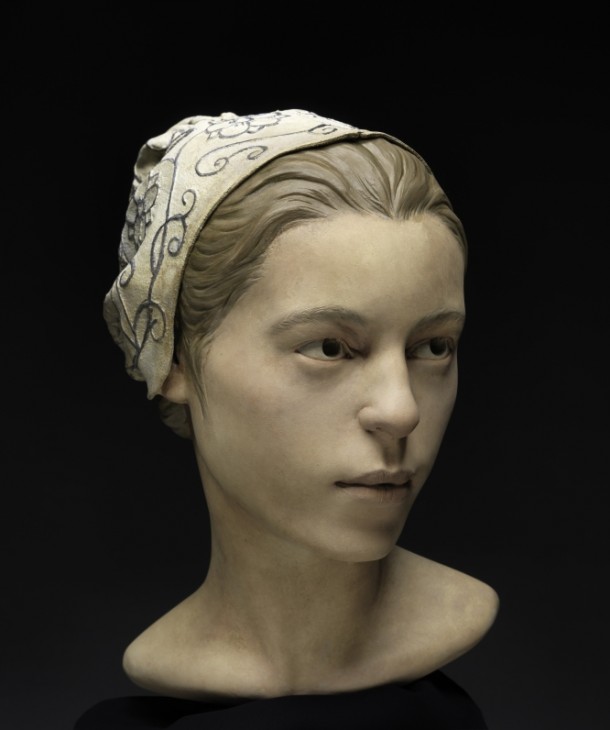 This photo shows a forensic facial reconstruction produced by StudioEIS of Brooklyn, N.Y. in consultation with Smithsonian researcher based on human remains excavated in James Fort, Jamestown, Va. by William Kelso, chief archeologist at the Jamestown Rediscovery Project. (All photos by Don Hurlbert)

Owsley and his research team identified a number of features on the skull and tibia that indicated the individual was cannibalized. Four shallow chops to the forehead represent a failed first attempt to open the skull. The back of the head was then struck by a series of deep, forceful chops from a small hatchet or cleaver. The final blow split the cranium open. Sharp cuts and punctures mark the sides and bottom of the mandible, reflecting efforts to remove tissue from the face and throat using a knife. 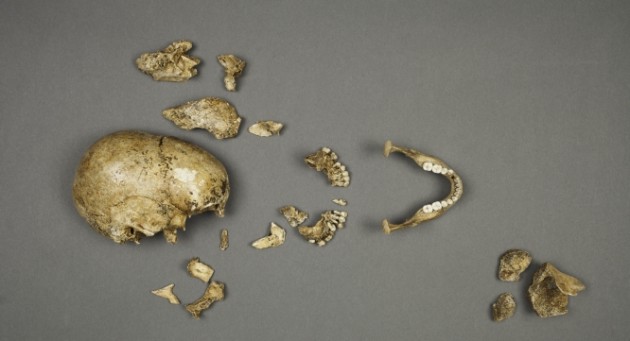 “The desperation and overwhelming circumstances faced by the James Fort colonists during the winter of 1609–1610 are reflected in the postmortem treatment of this girl’s body,” said Owsley. “The recovered bone fragments have unusually patterned cuts and chops that reflect tentativeness, trial and complete lack of experience in butchering animal remains. Nevertheless, the clear intent was to dismember the body, removing the brain and flesh from the face for consumption.” 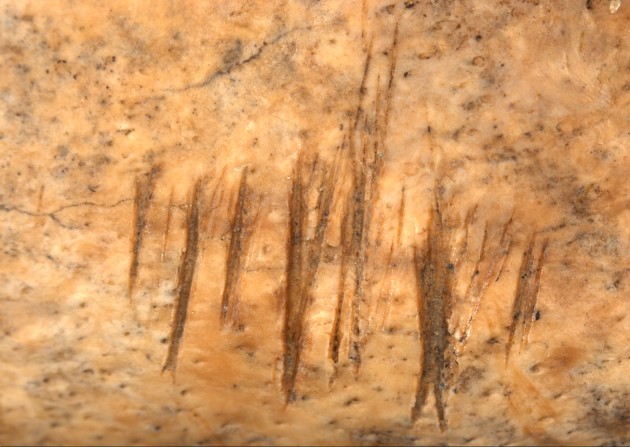 Through specialized scientific analyses, Smithsonian scientists determined details about the life and story of this 14-year-old girl from England. By analyzing the dental development of the third molar and the growth stage of her shin bone, the research team determined that “Jane” was approximately 14 years old when she died. The cause of death could not be determined from the remains, estimated to be less than 10 percent of the complete skeleton.

Through a combination of digital and medical technologies, Smithsonian researchers led the effort to reconstruct the girl’s likeness through forensic facial reconstruction. After scanning the incomplete remains of the fragmented skull with the museum’s CT scanner, a virtual model of the skull was pieced together digitally. This digital rendering was sent to the Medical Modeling company to print a three-dimensional replica of the reconstructed skull. Finally, StudioEIS, in Brooklyn, N.Y., worked with Smithsonian scientists to create a forensic facial reconstruction of the girl’s likeness.

On May 3, the facial reconstruction will be on display in the National Museum of Natural History’s popular “Written in Bone: Forensic Files of the 17th Century Chesapeake” exhibition, alongside other materials and information about Smithsonian forensic science. The skeletal remains will be on display at Historic Jamestowne near the discovery site on Jamestown Island.