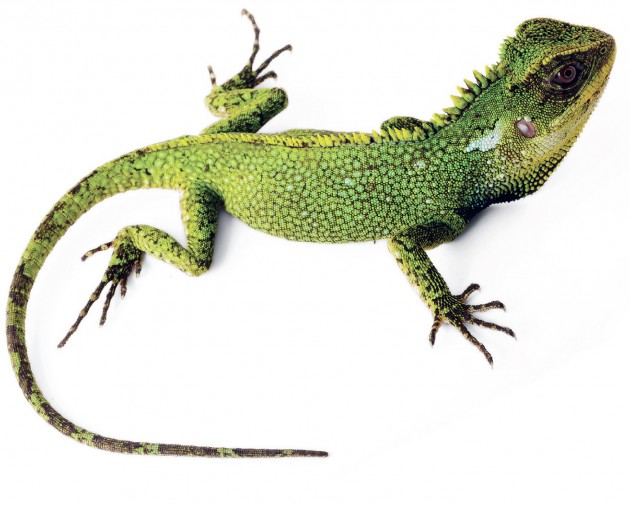 Adult male of the newly discovered woodlizard “Enyalioides altotambo,” found in the Chocoan rainforests of northwestern Ecuador. Not including its tail this specimen is 119 millimeters (4.68 inches) long. (Photos by Luis A. Coloma)

Three new species of dragon-esque woodlizards have been discovered in the Andean cloud forests of Peru and Ecuador. The new species differ from their closest relatives in scale features, color and DNA. A paper describing and naming the creatures was published Monday, April 6 in the open access journal ZooKeys by Omar Torres-Carvajal of the Museo de Zoología QCAZ, Ecuador; Kevin de Queiroz of the Smithsonian’s National Museum of Natural History, and Pablo Venegas, CORBIDI, Peru. 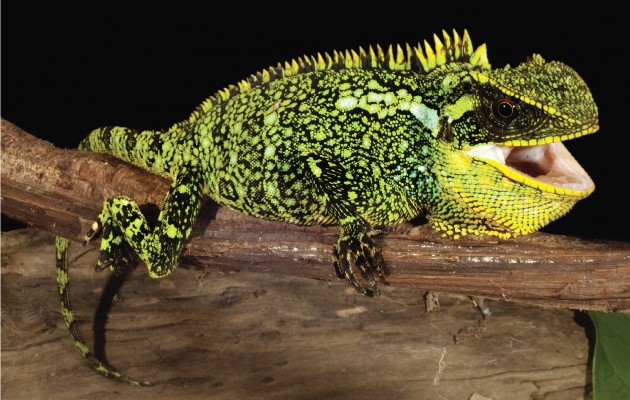 Adult female of the newly discovered woodlizard “Enyalioides altotambo” from the Chocoan rainforests of northwestern Ecuador. This specimen is 132 millimeters (5.2 inches) in length, excluding the tail. (Luis A. Coloma photo)

Finding three new species of woodlizards is unusual given that these reptiles are among the largest and most colorful lizards in South American forests. Woodlizards (Enyalioides) are diurnal and live in lowland tropical rainforests, such as the Chocó and western Amazon basin, as well as cloudforests on both sides of the Andes. The new species described by Torres-Carvajal et al. increases the number of species of woodlizards to 15. Nearly 40 percent of the total number of known woodlizard species have been discovered in the last 7 years. 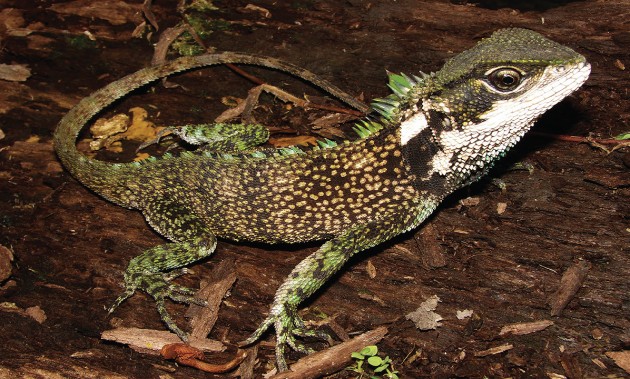 Adult male of the newly discovered woodlizard “Enyalioides sophiarothschildae” from the northeastern slopes of the Cordillera Central in Peru. This specimen is 133 millimeters (5.2 inches) long, not including its tail. (Photo by Pablo J. Venegas)

Recent expeditions to several localions along the Andes of Ecuador and Peru led to the collection of several specimens of woodlizards, which the authors suspected were something new. After comparing the new specimens with those deposited in several natural history museums from many countries, the author’s suspicions became stronger. DNA evidence left no doubts that the recently collected specimens were three new woodlizard species. 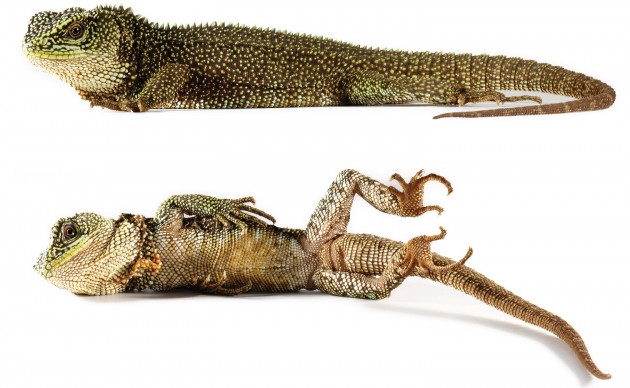 Adult male of the newly discovered woodlizard “Enyalioides anisolepis” from Ecuador. This specimen is 130 millimeters (5.1 inches) long, not including its tail. (Omar Torres-Carvajal photos)

“I started working with woodlizards in 2006 as part of my postdoc at the Smithsonian Institution under the direction of Kevin de Queiroz,” principal author Omar Torres-Carvajal says. “At that time only seven species of woodlizards had been described, and they were recognized in the literature as one of the less diverse groups of South American lizards. During the last few years we doubled the number of known species of woodlizards, showing that the diversity of these conspicuous reptiles had been underestimated.” 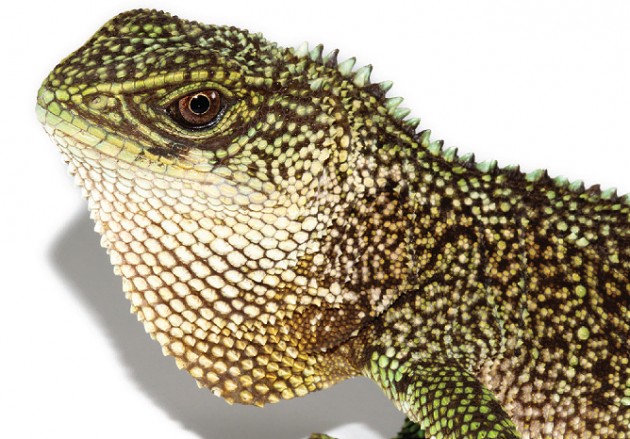 Adult male of the Ecuadorian woodlizard “Enyalioides anisolepis,” from the Amazonian slopes of the Andes in southern Ecuador and northern Peru. Specimens were found sleeping at night less than 1.5 meters from the ground on stems, leaves, and tree roots in primary and secondary forests. Most were found near small streams. This one is 111 millimeters (4.3 inches) long, excluding the tail. (Photo by Omar Torres-Carvajal)

The fact that more than half of the diversity of a group of large, dragon-looking reptiles from South America has been discovered in recent years should be of great interest to those in charge of conservation of this region, Torres-Carvajal adds.