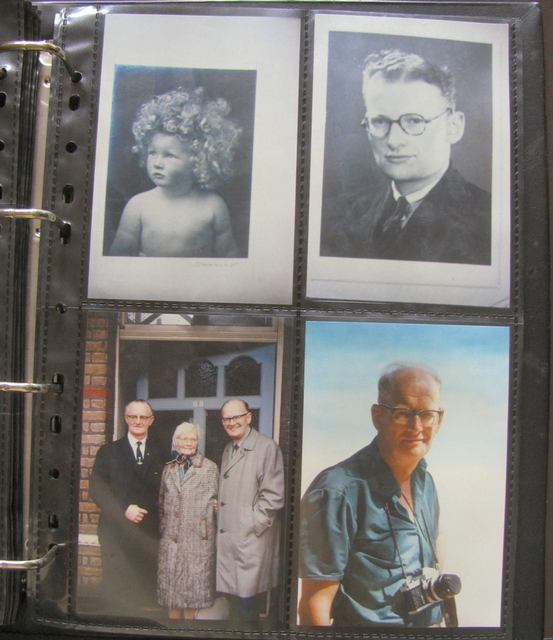 A photo album of images of Arthur C. Clarke through the years. In the lower left photo, Clarke is with his brother Fred and their mother, Nora. (National Air and Space Museum / Smithsonian Institution photo)

The Smithsonian’s National Air and Space Museum has acquired a large collection from the Sir Arthur C. Clarke Trust. The collection consists of 87 cubic feet of material representing the life’s work of one of the 20th-century’s foremost science fiction writers and futurists. The collection will be made available to researchers in the museum’s archives after being processed and cataloged.

“Arthur C. Clarke’s papers are a signature acquisition for the Smithsonian and the National Air and Space Museum,” said Martin Collins, curator of civilian applications satellites at the museum. “We have the honor of preserving and making available to researchers Clarke’s prominent place in the cultural history of spaceflight. Not least, the collection will enable the museum to tell a richer story of how science fiction and futurism interacted with contemporaneous space achievements, shaping our ideas about exploration beyond the Earth.”

Clarke, well known for penning the novel and screenplay for 2001: A Space Odyssey, was a writer of both science fiction and science fact. His contributions to the rapid technological development of the mid-20th century included popularizing the concept of a network of geostationary communications satellites—a cornerstone of 21st-century society—as early as 1945, 12 years before the launch of Sputnik. Clarke was also a noted deep-sea explorer, inventor and television personality. He covered the Apollo 11 mission for CBS alongside Walter Cronkite. 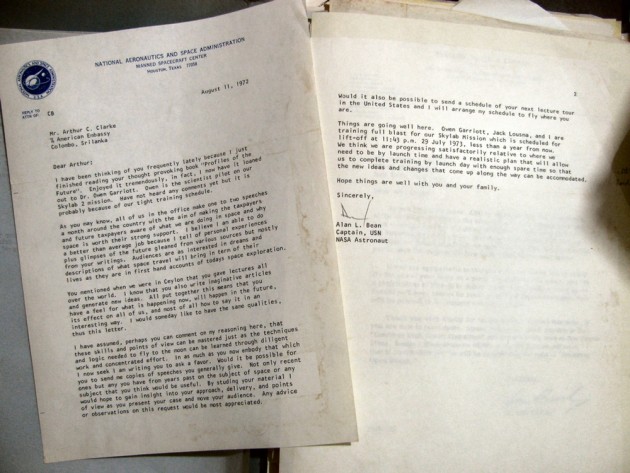 Curator Martin Collins and Archivist Patti Williams traveled to Clarke’s home in Colombo, Sri Lanka, to catalog, pack and ship the collection to the museum’s Steven F. Udvar-Hazy Center in Chantilly, Va. Support for the team’s travel and shipment of the collection were provided by FedEx.

“We feel that Clarke’s creativity and innovative spirit are a representative part of our operations at FedEx every day,” said Jenny Robertson, FedEx director of citizenship. “That’s why we identified so closely with this collection and were pleased to donate the shipping.”