This image shows a fragment of the avian tapeworm “Cucolepis cincta,” described in 2012 by Anna Phillips. This is 1 of 5 fragments of the worm which broke when it was collected. (Photo by Anna Phillips)

Parasites such as nematodes, tapeworms, flukes, ticks and lice are normal in nature and can even be beneficial for animals, including humans, says Anna Phillips, an invertebrate zoologist at the Smithsonian’s National Museum of Natural History.

Parasites can also reveal a great deal of information about their hosts and the health of an ecosystem. 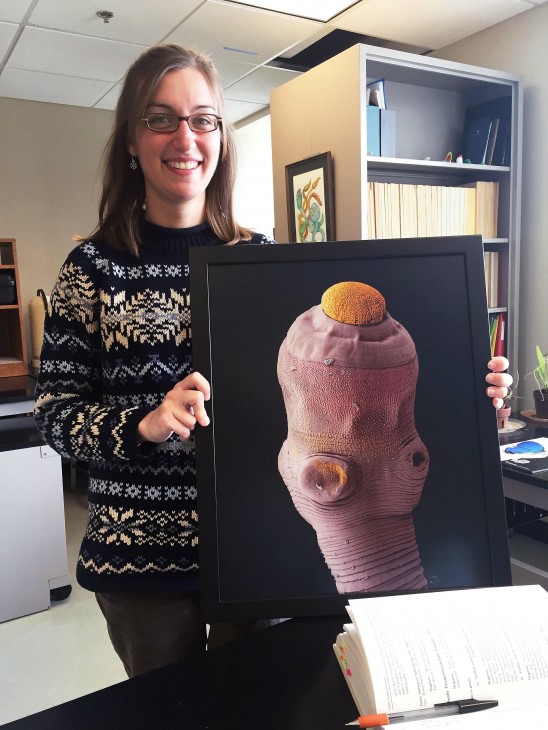 Anna Phillips holds a colorized electron microscope image of a species of tapeworm taken from a cow-nosed ray (“Rhinoptera bonasus”), a marine animal. Produced by Kiersten Jensen at the University of Kansas, the image is one of a series intended to show the diversity of scolexes in tapeworms. (Photo: Michelle Z. Donahue)

Phillips talked with Smithsonian Science about her discovery and how tapeworms can be a useful gauge for an ecosystem’s health.

Q: Why is studying tapeworms important?

Phillips: There’s the basic question of knowing what species are out there. Once you know the scope of an ecosystem’s biodiversity, you can address other questions of ecology.

For example, if climate change affects where species of birds are living and migrating, it affects their parasites too.

Tapeworm life cycles are quite complex. As adults, they live in one host, but the larvae must go through two or three intermediate hosts in a particular order for the worms to complete that cycle. Having parasites in an ecosystem means that those connections are being made and the system is healthy and functioning properly. 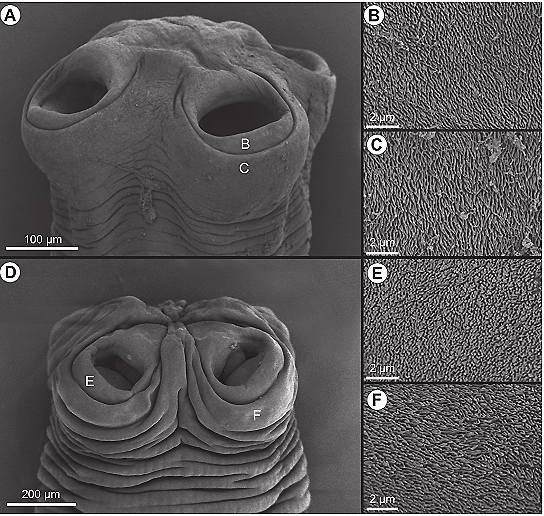 These scanning electron microscope images show the anterior ends or scolexes of the tapeworms “Anonchotaenia brasiliensis,” top, and “Anonchotaenia macrocephala,” two species recently re-described by Phillips and colleagues. The worms use these ” suckers” to anchor themselves to their host’s intestinal wall. Images at right show extreme close-up of the sucker surfaces.

Phillips: Parasites don’t want to be on a sinking ship. It isn’t evolutionarily successful for the parasite if its host dies. It’s not usually a problem unless a host has a heavy parasite load, but for the most part, birds don’t suffer from a tapeworm’s presence. 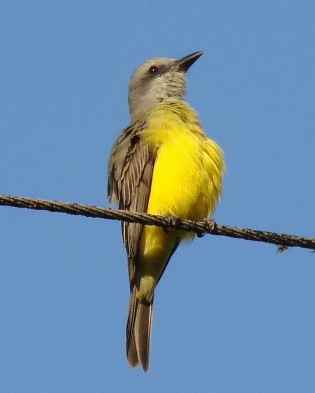 “Tyrannus melancholicus,” a flycatcher also known as the tropical king bird, is one of the hosts of the newly described species of tapeworm, “Anonchotaenia vaslata.” (Flickr photo by barloventomagico)

Q: Do tapeworms move from birds into other species?

Phillips: Tapeworms that live in birds as adults usually are only found in birds. But “host switching” is a way that a species of parasite can expand to other host groups. So if climate change causes a bird species to shift its geographic range, their tapeworms might become more prevalent in a second bird species that stayed in that area and is a suitable host.

Q. What is unique about the new species you have described?

Phillips: One difference is in the anterior end, the scolex. It’s not called a head–researchers who study tapeworms hate it when it gets called a head! The scolex can have huge variation between species with all kinds of suckers, hooks and folds. They can really be quite fancy, and that is because the hosts’ intestines all look different. They’ve evolved to be a perfect fit for the intestines of their host groups.

These new species have no hooks, only simple suckers. Tapeworms don’t have a digestive tract, but rather absorb nutrients that wash over them as they pass through their hosts’ guts. The scolex is an anchor to keep the whole apparatus secure in the intestines. 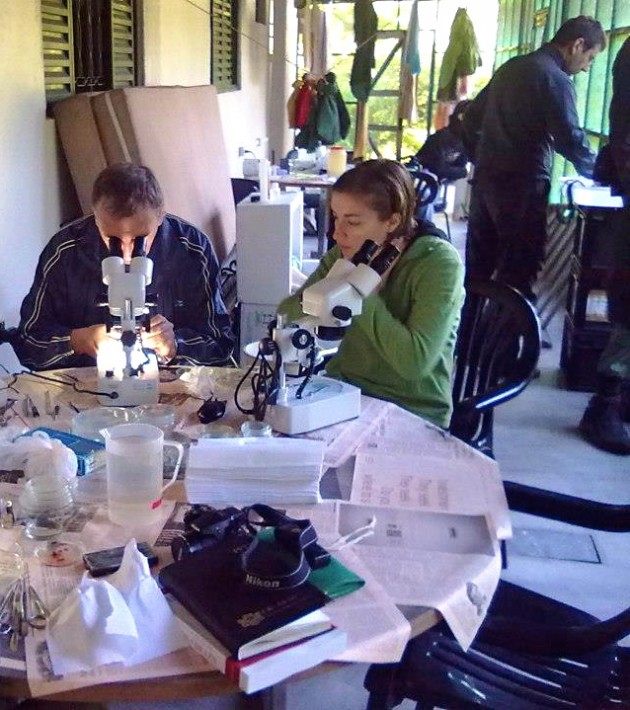 Q: How do you get the tapeworms out of the birds?

Phillips: I have to remove the bird’s digestive tract, and then I start at one end and work my way to the other. We call it “running the gut.” And the crazy thing is that the worm is often still alive and moving.

When you see all the different kinds of things that are living on or in just one bird, you really get the idea that one animal isn’t just one organism.