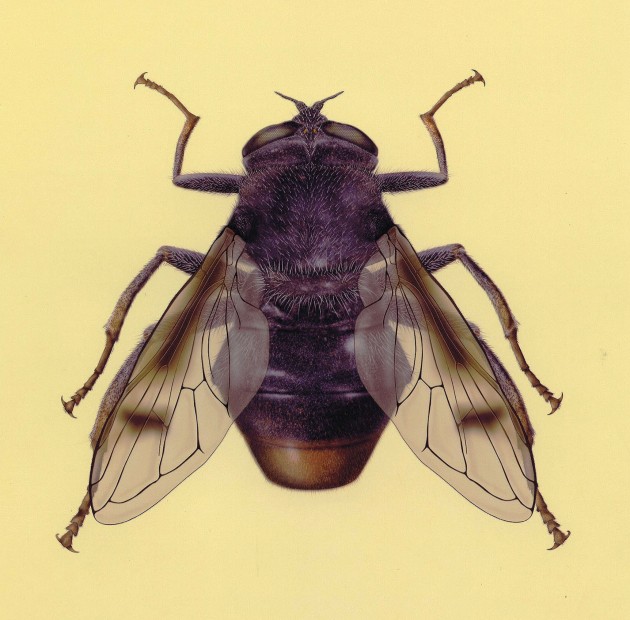 Scientists studying pollinators of the yellow poppy (Meconopsis integrifolia) in the highlands of southern China have discovered a striking new species of flower fly that mimics the bumble bee. The new fly, named Sericomyia khamensis, has evolved to resemble a bumble bee as a way to fool predators into leaving them alone.

Like the bees, the female flies visit yellow poppies to drink nectar, explains Christian Thompson, an entomologist at the Smithsonian’s National Museum of Natural History. Unlike the bees they also eat the poppy pollen on the spot. Protein in the pollen is used for egg production in the female fly. Bees take flower pollen back to their nest where it is used to feed their larvae. 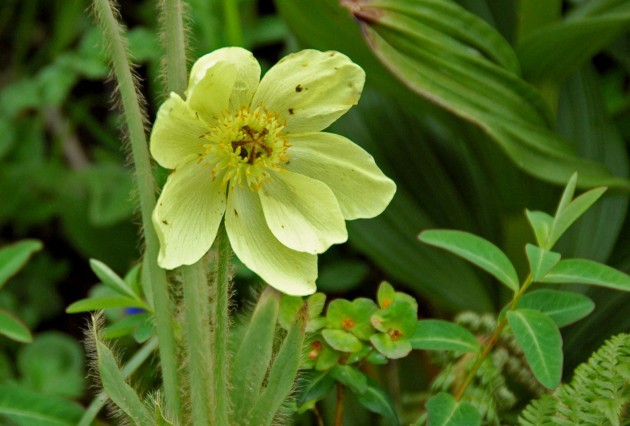 Male flies visit the flowers to drink nectar and mate with the females. “The nectar gives them a sugar boost similar to what we get from Coca-Cola or other sugary drinks,” says Thompson, co-author of a paper describing the new fly in the journal Zootaxa. The new species is one of a number of Sericomyiine flower flies known to live in China that belong to a group of bee-mimicking flies.

Female flies lay their eggs in small pools of standing water where they hatch into aquatic maggots with long tails, known commonly as rat-tailed maggots. “These larvae are very common in tree holes that fill up with water and/or in plants like pitcher plants, where water collects,” Thompson says.

A respiratory apparatus located at the end of the maggot’s long tail sticks above the surface of the water and allows the maggot to graze on the bottom of a pool and breathe at the same time.

It is not known if this newly discovered fly pollinates other species of flowers, Thompson says. “We do know of a related species in North America–another flower fly–that only visits blueberries. This fly is very important to the pollination of wild blueberries.”