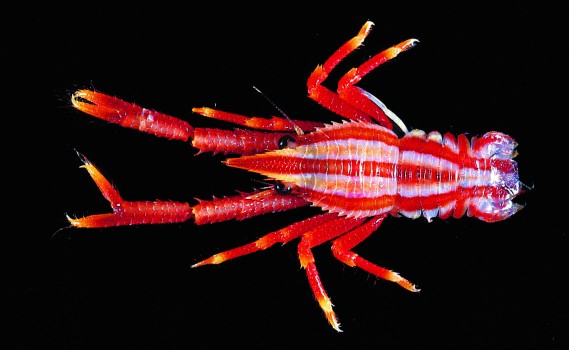 Their flavor is a unique blend of lobster and shrimp say lovers of the savory South American crustaceans called “langostinos.” Simmered with garlic, lime juice, peppers and onions, langostinos are enjoyed in dishes ranging from linguini to tacos.

Smithsonian researcher Patricia Cabezas knows langostinos by a less-appetizing name: squat lobsters, crustaceans more closely related to hermit crabs than the familiar grocery store-tank lobsters. The squat lobsters netted and eaten by humans in South America represent the tip of the iceberg in terms of the remarkable diversity of these animals: more than 1,000 species are known worldwide. 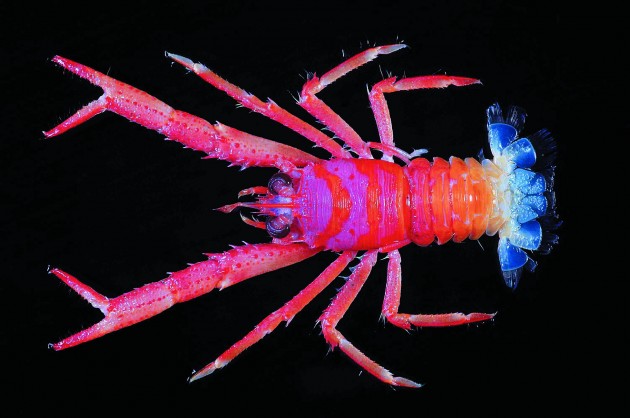 While virtually unknown to the general public, on the ocean floor squat lobsters rule. “They are extremely conspicuous and abundant in the deep sea and shallow waters and exhibit a rainbow of breathtaking colors,” Cabezas says. Their ‘tail’ or abdomen, is permanently tucked beneath their body—thus their name. They live at varying depths from coral reefs to deep hydrothermal vents.

In recent years Cabezas has discovered and named two new genera and 29 new species of squat lobsters, most recently Paramunida haigae from the Central Pacific Ocean. To name a new species Cabezas carefully measures and compares a specimen’s antennae, carapace spines and other body parts with the body characteristics of known species. Then, using photographs and illustrations, she writes a detailed description of the new species that is peer reviewed and published in a scientific journal.

Her office at the Smithsonian’s Museum Support Center in Suitland, Md., is in close proximity to the wet collections of the National Museum of Natural History’s Department of Invertebrate Zoology, which holds hundreds of thousands of crustacean specimens available for study. 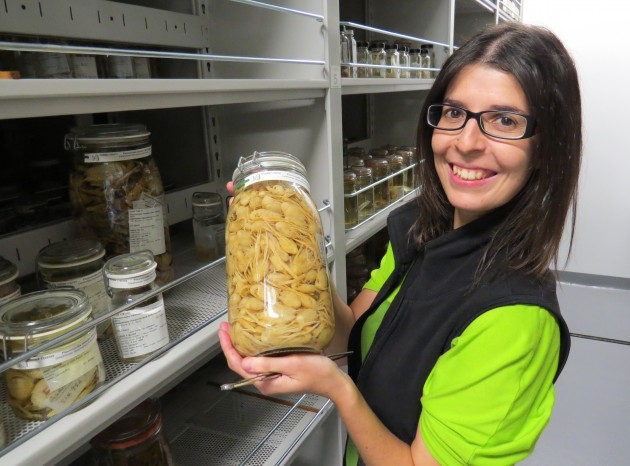 Patricia Cabezas holds a jar of squat lobsters in the wet collections of the Department of Invertebrate Zoology, National Museum of Natural History. The collection is housed at the Smithsonian’s Museum Support Center, Suitland, Md. (John Barrat photo)

Squat lobsters range in size from a few tenths of an inch to as large as your palm and “are really, really challenging to study because their morphological differences are very subtle. It is very, very tough,” describing and naming a new species, Cabezas explains.

Despite the difficulty, scientists name dozens of new species every year and Cabezas is certain many undescribed species still lurk in the ocean depths. The well-known yeti crab discovered in the South Pacific in 2005 with its long furry arms, for example, is a squat lobster.

“Species discovery for squat lobsters will be a never-ending story,” she says. “There are so many places that haven’t been sampled. They are absolutely everywhere. The Indian Ocean between Indonesia and India is a mystery,” Cabezas says. “As soon as we start collecting specimens from there, I can tell you we’re going to see a bunch more new squat lobster species.” 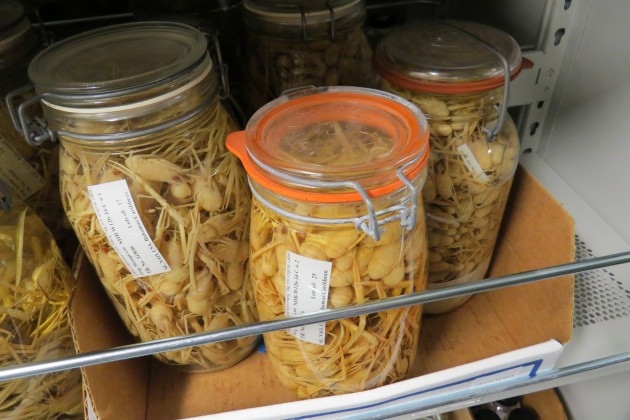 Squat lobster specimens in the wet collections of the Department of Invertebrate Zoology, National Museum of Natural History. Preserved in alcohol they loose their color.

Many squat lobster species are native to archipelagos or restricted geographic areas. Most are scavengers, eating anything that floats by or drops to the ocean floor. Some feed on small crustaceans and octopods in the water column.

Squat lobsters are classified in two large families: Chirostyloidea and Galatheoidea. Chirostylids are mainly deep water animals and include species characterized by slender and elongated appendages that are commonly found perching on corals. Galatheids make up roughly 75 percent of squat lobster diversity and are found from tropical shallow-water reefs to abyssal depths. 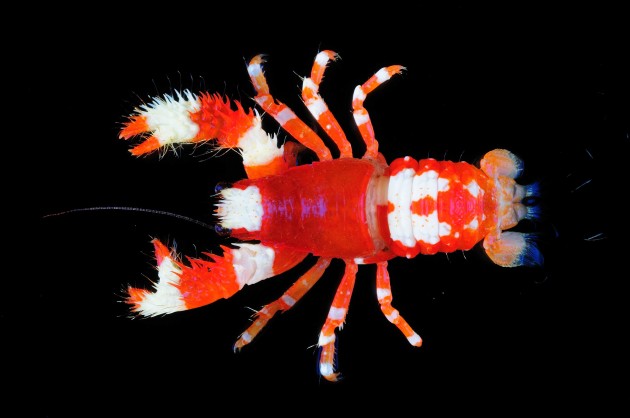 The shallow-water squat lobster “Macrothea bochardi” from the Indian Ocean off the coast of Southeast Africa. (Photo by T. Y. Chan and C. W. Lin)

Collecting, finding and describing new species of squat lobsters is important, Cabezas adds, because “today we are destroying biodiversity, so we have to describe new species as fast as we can or we may destroy something that we never knew existed.” A basic understanding of the diversity of life increases our opportunities for medical discoveries, economic development and the ability to face environmental challenges such as climate change, Cabezas says. “Look at the sponges, for example. Basic research in sponges has provided us with different new chemicals that apparently can help us fight cancer.”