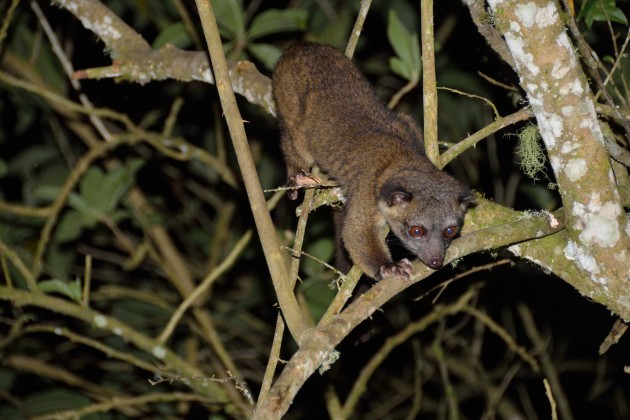 This adult olinguito was photographed by George Cruzat the Tandaypa Hummingbird Sanctuary in the Choco area of Ecuador.

One year ago, the olinguito (Bassaricyon neblina) stepped out of the forest shadows into the spotlight and onto the pages of science—the first carnivore species in the Americas to do so in 35 years. However, while the discovery offered an official identity, the olinguito still remained a mammal of mystery. What exactly did it eat? How big was its range? And could it be possible, just possible, that a baby olinguito is even cuter than an adult?

The few photos and three seconds of grainy video the Smithsonian scientists had for the initial species description were not offering up many answers. Despite that, answers did come—not through new expeditions to the olinguito’s native cloud forests of Colombia and Ecuador, but through emails to the scientists from people living or vacationing in those areas.

While the olinguito (oh-lin-GHEE-toe) may look like a cross between a house cat and a teddy bear, it is actually the latest (and smallest) documented member of the family Procyonidae, which it shares with raccoons, coatis, kinkajous and olingos. The 2-pound olinguito, with its large eyes and woolly orange-brown fur, is also the newest species in the order Carnivora―an incredibly rare discovery in the 21st century. 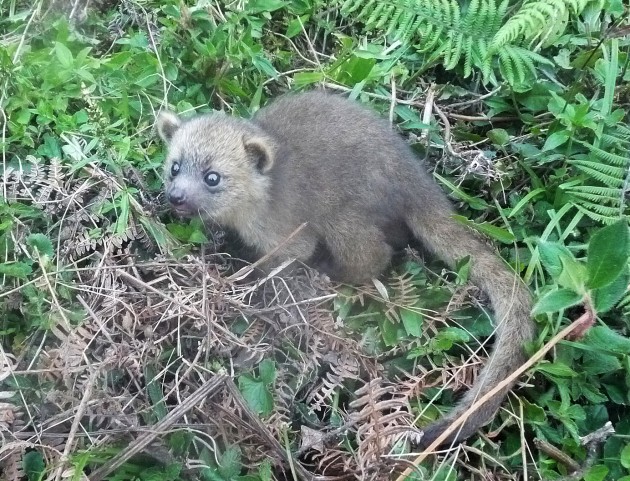 This baby olinguito was found in a nest 40 feet above the ground in a large dead bromeliad tree. It was the only baby in the nest. (Photo by Juan Rendon taken at the Mesenia-Paramillo Nature Reserve in Colombia, courtesy Saving Species)

The global media coverage about the discovery in August 2013 acted like a starter’s pistol for the public and scientists. Now that people knew what an olinguito was, some began to be on the lookout for one, while others realized that they have been seeing them for years. The team immediately began receiving a steady flow of emails and messages from scientists and nonscientists with reports of possible olinguito sightings, photos of the creature, and anecdotes about behavior.

“Since day one of our announcement, information has poured in from people who have used their own skills as photographers and observers to learn more about this beautiful animal,” said Kristofer Helgen, curator of mammals at the Smithsonian’s National Museum of Natural History, who led the team that reported the discovery last year. “That’s great news for our team, and it reminds us that observant naturalists, all over the world, can make contributions to knowledge about the diversity of life on our planet.” 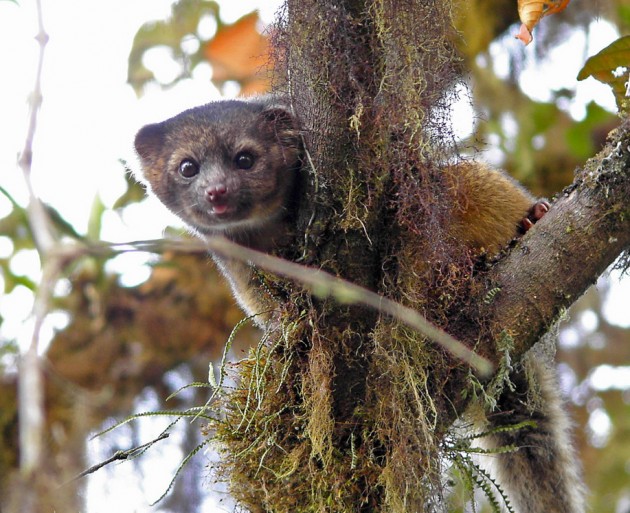 An olinguito in Tandayapa, Equador (Photo by Steve Blain)

With an almost 50/50 ratio of scientists to nonscientists contributing, the team used the olinguito’s first birthday as an occasion to review all the information that came in over the past 12 months.

“It’s kind of like looking at pictures of your growing child,” said Roland Kays, a zoologist at the North Carolina Museum of Natural Sciences & N.C. State University. “You can see our knowledge about the species grow with every picture sent to us.”

While not every report or photo proved to be an olinguito, many were, helping Smithsonian scientists confirm plants that the olinguito ate, what types of trees it lived in, its nesting behavior, and yes, even confirming that a baby olinguito is cuter than an adult, thanks to photos taken by an employee in the Mesenia-Paramillo Reserve in the mountains of Colombia, now known as an important site for olinguito conservation. 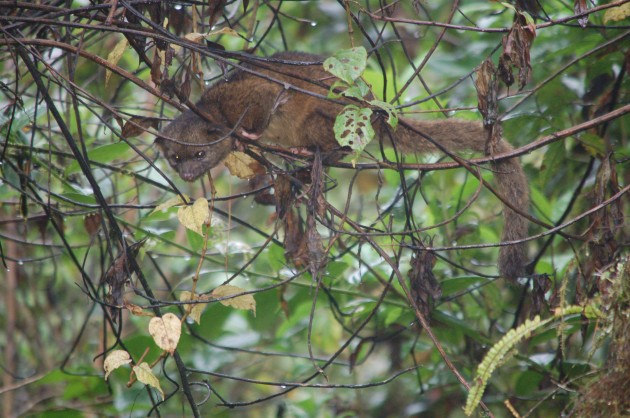 This adult olinguito was a frequent visitor to a hummingbird feeder in Ecuador. (Photo by Gary and Karen Schiltz)

Another important aspect to this crowd sourcing method of research was mapping the olinguito’s range. While the team did have a handful of records from decades old museum specimens, and field sightings of their own from 2006, they did not have the capacity to scan large swaths of cloud forest habitat in northern South America. But now local citizens, vacationers, and scientists doing other fieldwork in the area provided an expansive network of eyes, ears and cameras. With each validated report of an olinguito sighting, the team was able to mark the locations on a map, at times confirming the animal’s existence in areas they had suspected it to be, but also illuminating new areas, thereby expanding the team’s understanding of the olinguito’s native range.

Initial hopes that the olinguito might serve as a charismatic ambassador for the conservation of dwindling Andean cloud forest habitats may be bearing fruit.

“The olinguito has sprung from obscurity to become a local celebrity, and just finding that it survives in a forest can help raise the profile of the importance of that particular swath of land.” said Kays. “The person who informed us of olinguitos in the Mesenia-Paramillo Reserve of Colombia, for example, has helped raise funds to place more forest under protection, helping not only olinguitos, but also other wildlife in these diverse forests.” 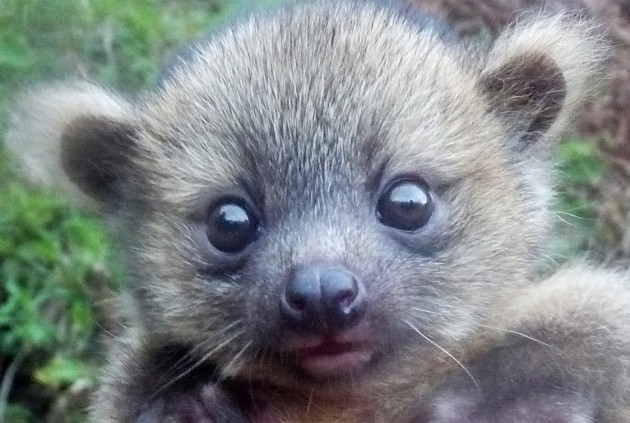 This baby olinguito was found in a nest 40 feet above the ground in a large dead bromeliad tree. (Photo by Juan Rendon taken at the Mesenia-Paramillo Nature Reserve in Colombia, courtesy Saving Species)

Even though the public’s participation in the team’s olinguito research was initially unexpected, the scientists want to intentionally keep it going. “Citizen science” is increasingly employed in research programs, mostly however in urban or suburban settings. The team has now seen what a valuable tool it can be even in the dense cloud forests of Latin America.

There is much that scientists still hope to learn about olinguitos. Last year, the Smithsonian team reported the discovery of four different subspecies of olinguito, each distributed in different areas of the Andes. But so far, new information about only two of these subspecies has come to light.

“The more public participation in answering these questions, the better,” said Helgen. “What information will turn up next? I can’t wait to see what year two will bring.”