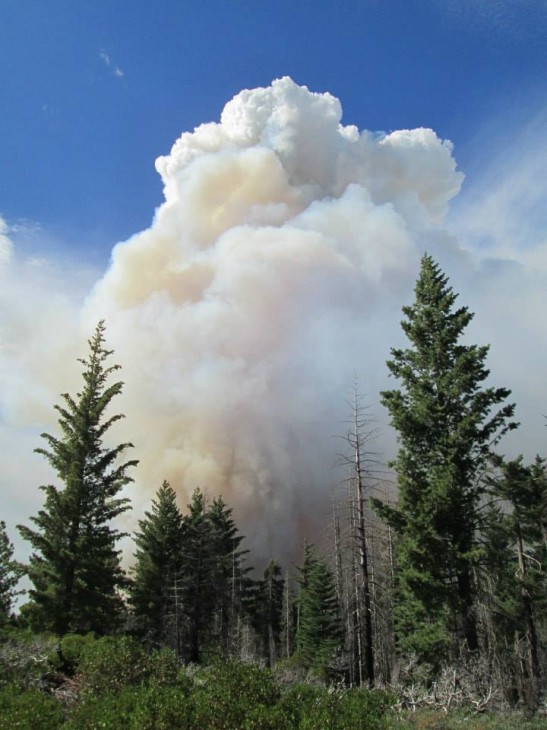 As the Rim Fire burns deeper into Yosemite, park managers are fighting fire with fire—and one of the Smithsonian’s ForestGEO plots was caught in the middle this weekend.

The Yosemite Forest Dynamics Plot sits just north of Yosemite Valley, and south of the wildfire that has already consumed more than 60,000 acres of the national park.  It is part of the Smithsonian’s Forest Global Earth Observatory (ForestGEO), a network of 48 plots around the globe that scientists are measuring to understand forest dynamics and climate change. Two of Yosemite’s giant sequoia groves and many large trees also sit near the plot, and managers didn’t want to see the entire forest go up in flames.

To keep that from happening, park managers lit a backfire. A backfire is a more controlled pre-emptive fire that would burn some of the forest but leave most of the trees intact. The hope is that when the main fire reaches an area that’s already been burned, there won’t be enough fuel left to sustain it.

“The only way to stop a big, roaring fire is to put barriers in the way,” said Smithsonian ecologist Stuart Davies, director of the ForestGEO network. “The barriers are either water, lakes or rivers, and even then fire can jump things, or to take the fuel away.”

The backfire reached the ForestGEO plot on Saturday. Researchers had told the park to let the backfire pass through the plot, which had already been closed off. 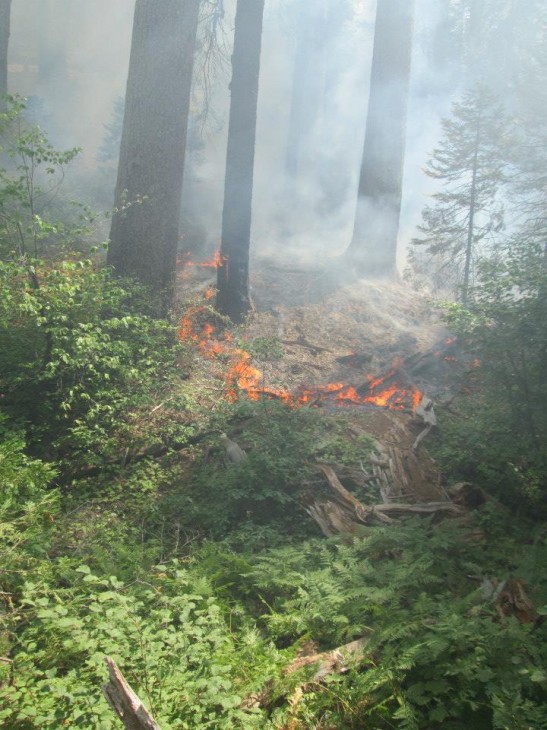 A low-intensity backfire burns the understory of the Yosemite research plot. (Gus Smith/NPS)

“The fire per se is not a bad thing for our research,” said James Lutz, assistant professor at Utah State University who leads the research there. “Fire is a part of that ecosystem and has structured the forest that we see there today.”

Yosemite is what ecologists call a “frequent fire ecosystem.” ForestGEO has several plots in fire zones, but most are in tropical forests. Yosemite is the only fire-prone forest in ForestGEO’s temperate network, managed out of the Smithsonian Environmental Research Center.

The Yosemite plot should characteristically burn every 10 to 25 years, Lutz said. But in reality the plot hadn’t burned for at least 80 years. That’s because in the era of fire suppression, which began about 100 years ago, preventing any and all forest fires was widely considered the best way to preserve forest resources.

Since the 1970s the National Park Service has been reintroducing fire gradually into Yosemite, through either prescribed fires or by allowing naturally ignited fires to burn under controlled conditions. But so far only a small percentage of the park has undergone these prescribed fires, and none had touched the research plot until now.

Letting the Rim Fire burn out of control wasn’t an option. The Rim Fire is vastly different from prescribed restoration fires, or the episodic natural fires of Yosemite’s past. It’s a high-intensity fire expected to kill many of the trees in its path. Those high levels of tree mortality aren’t a natural part of the ecosystem, Lutz said. 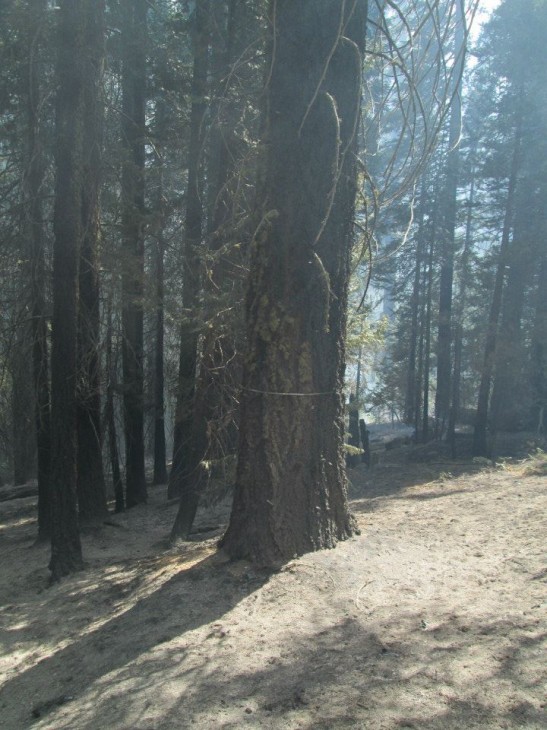 After the fire. The forest ground is covered with ash, and the understory–mostly pine needles and twigs–is gone. (Gus Smith/NPS)

“Fire is important. But until we’ve sort of fixed this problem that we’ve caused by fire suppression, we can’t let it run willy-nilly through the landscape, or we’ll be left with a post-fire situation that doesn’t really meet anyone’s objectives,” said Lutz. “Burning everything flat, that’s not natural in this system.”

The backfire, on the other hand, could help restore the landscape to what it was a century ago–leaving behind a more “natural” forest than before. The backfire this weekend seems to have done just that, according to NPS scientist Gus Smith, who walked through the plot on Sunday. While consuming much of the surface fuel on the forest understory, it left much of the overstory—the larger trees—intact.

It also left behind an incredible before-and-after picture. Because it’s in a fire zone, scientists had been collecting data on potential fuels, like low shrubs, dead wood and leaf litter, from the start. They expected a fire would eventually ignite the plot when they began working there, Davies said. Now that it has, they can learn more about what conditions set the stage for intense, destructive fires like the Rim Fire—and how to best manage a fire-adapted forest in the future.