Astronomers are constantly on the hunt for ever-colder star-like bodies, and two years ago a new class of objects was discovered by researchers using NASA’s WISE space telescope. However, until now no one has known exactly how cool their surfaces really are – some evidence suggested they could be room temperature.

A new study shows that while these brown dwarfs, sometimes called failed stars, are indeed the coldest known free-floating celestial bodies, they are warmer than previously thought with temperatures about 250-350 degrees Fahrenheit. 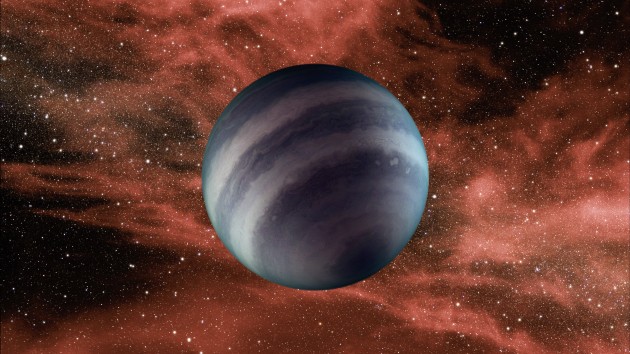 This artist’s conception portrays a free-floating brown dwarf, or failed star. A new study shows that several of these objects are warmer than previously thought with temperatures about 250-350 degrees Fahrenheit.
(Image by NASA/JPL-Caltech)

To reach such low surface temperatures after cooling for billions of years means that these objects can only have about 5 to 20 times the mass of Jupiter. Unlike the Sun, these objects’ only source of energy is from their gravitational contraction, which depends directly on their mass.

“If one of these objects was found orbiting a star, there is a good chance that it would be called a planet,” says Trent Dupuy, a Hubble Fellow at the Harvard-Smithsonian Center for Astrophysics. But because they probably formed on their own and not in a proto-planetary disk, astronomers still call these objects brown dwarfs even if they are “planetary mass.” 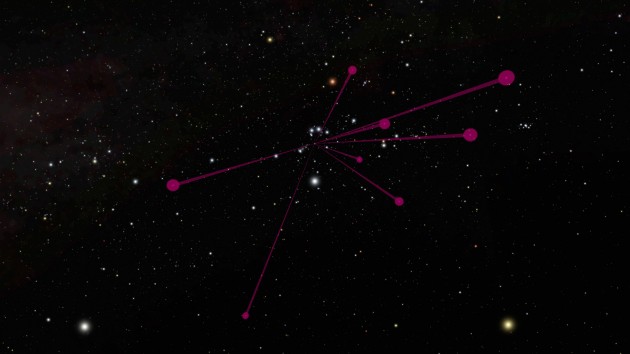 The locations of brown dwarfs discovered by NASA’s Wide-field Infrared Survey Explorer, or WISE, and mapped by NASA’s Spitzer Space Telescope, are shown here in this diagram. The view is from a vantage point about 100 light-years away from the sun, looking back towards the constellation Orion. At this distance our sun is barely visible as a speck of light. The vastly fainter brown dwarfs would not even be visible in this view. The red lines all link back to the location of the sun. (Image by NASA/JPL-Caltech)

Characterizing these cold brown dwarfs is challenging because they emit most of their light at infrared wavelengths, and they are very faint due to their small size and low temperature.

To get accurate temperatures, astronomers need to know the distances to these objects. “We wanted to find out if they were colder, fainter, and nearby or if they were warmer, brighter, and more distant,” explains Dupuy. Using NASA’s Spitzer Space Telescope, the team determined that the brown dwarfs in question are located at distances 20 to 50 light-years away.

To determine the distances to these objects the team measured their parallax – the apparent change in position against background stars over time. As the Spitzer Space Telescope orbits the Sun its perspective changes and nearby objects appear to shift back and forth slightly. The same effect occurs if you hold up a finger in front of your face and close one eye and then the other. The position of your finger seems to shift when viewed against the distant background.

But even for these relatively nearby brown dwarfs, the parallax motion is small. “To be able to determine accurate distances, our measurements had to be the same precision as knowing the position of a firefly to within 1 inch from 200 miles away,” explains Adam Kraus, professor at the University of Texas at Austin and the other author of the study.

The new data also present new puzzles to astronomers that study cool, planet-like atmospheres. Unlike warmer brown dwarfs and stars, the observable properties of these objects don’t seem to correlate as strongly with temperature. This suggests increased roles for other factors, such as convective mixing, in driving the chemistry at the surface. They also find evidence for disappearing alkali elements that are likely getting incorporated into noxious clouds.

This study examined the initial sample of the coldest brown dwarfs discovered in the WISE survey data. Additional objects discovered in the past two years remain to be studied and will hopefully shed light on some of these outstanding issues.

A paper describing these results, authored by Dupuy and Kraus, appears in the Sept. 5, 2013 issue of Science Express online.