Roses, carnations and lilies are today among the most popular flowers people use to express sympathy and condolence. The simple act of sending flowers to a funeral is a deeply felt tradition that now a new discovery reveals dates as far back as the Stone Age. In a recent paper published in the Proceedings of the National Academy of Sciences a team of scientists, led by Dani Nadel of the University of Haifa, report finding graves in Israel some 13,700 to 11,700 years old that were lined with flowers. The graves are from a prehistoric people—the Natufians—who lived at Mt. Carmel, Israel. Anthropologist Reuven Yeshurun, co-author of the paper and researcher in the Program in Human Ecology and Archaeology at the Smithsonian’s National Museum of Natural History, answers a few questions about this intriguing new floral discovery. 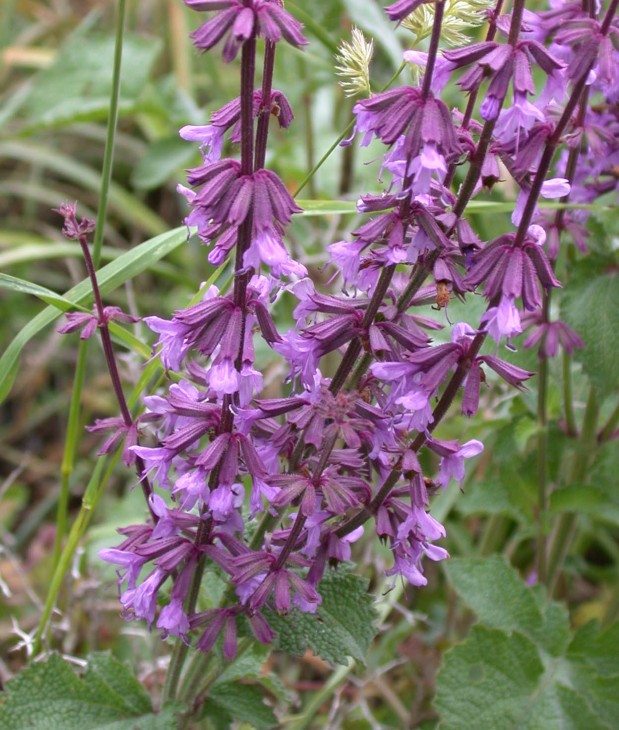 Q: Who were the Natufians?

Yeshurun: “Natufian” is an archaeological term for a prehistoric culture that was first defined in a valley called Natuf in central Israel, more than 80 years ago. Since then many Natufian sites were discovered throughout the Levant, with the largest and richest sites in northern Israel. They were hunter-gatherers and lived at the end of the Paleolithic, the Old Stone Age, and just before the emergence of agriculture in the Neolithic, the New Stone Age. They were actually the last hunter-gatherers in the this region and were the forefathers of the world’s first farmers.

Q: They lined graves with flowers? 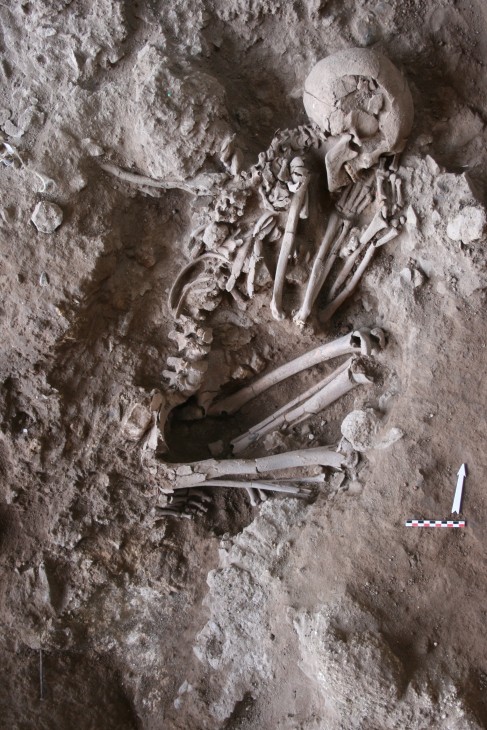 Human remains from a Natufian burial inside Raqefet cave in Northern Israel. (Photo by Dani Nadel)

Yeshurun: Yes. They set-up specialized cave cemeteries to bury their dead, placing the bodies in natural dips and crevasses in the rock that they sometimes chiseled to make smooth. The graves that are the subject of our paper are in Raqefet Cave and before a burial were first lined with a thin mud veneer, a kind of primitive plaster. Upon this wet veneer a layer of flowering plants was laid down and the corpse was placed on top of the flowers. One of the graves we studied was a double burial—a 12-15 year old adolescent and a 30-year-old man.

Although there were no flower fragments remaining in the grave, we found many impressions left by the plants in the wet mud veneer. One of our paper’s co-authors (Avinoam Danin) was even able to identify some impressions as belonging to the plant Judean sage (Salvia judica). Other impressions were from another sage plant related to the mint or figwort family and leaves from the Judas tree (Cercis silliquastrum L).  These fragrant plants still grow in abundance just outside the mouth of Raqefet Cave and flower each spring. Judging from the impressions of these plants and their flowers we believe the burials must have occurred somewhere before midsummer.

Usually this kind of activity leaves no trace at all. We just find a pit and the human skeletons inside. But at this site the flower impressions were actually preserved in the mud so we have firm evidence of exactly how the Natufians used these plants.

Q: Were other items found in the graves?

Yeshurun: Yes, there were a lot of flint chips left from stone tool making and also animal bones. Because the lining of plants was thick and continuous covering the entire floor and sides of the graves, it prevented any of these other objects from leaving impressions in the mud veneer.

We can only speculate that the animal bones in the grave might be evidence of a funeral meal of some kind, because the animal bones are contemporaneous with the burial. So, maybe after they made all these preparations for the burial they used to have a little feast or commemoration meal where they would butcher animals, roast them and eat them and throw the remains inside the graves just like the corpse.

Q: What was the purpose of the mud veneer?

Yeshurun: We don’t know. We think the most probable explanation is that these people were largely like us, the mud veneer and flowers are some kind of attempt to protect the dead or try to cheer-up the members of the group. A really nice decorative grave with a mud lining and on top of it fragrant, flowering plants could be very cheerful. But who knows, until we have a time machine we will never know. 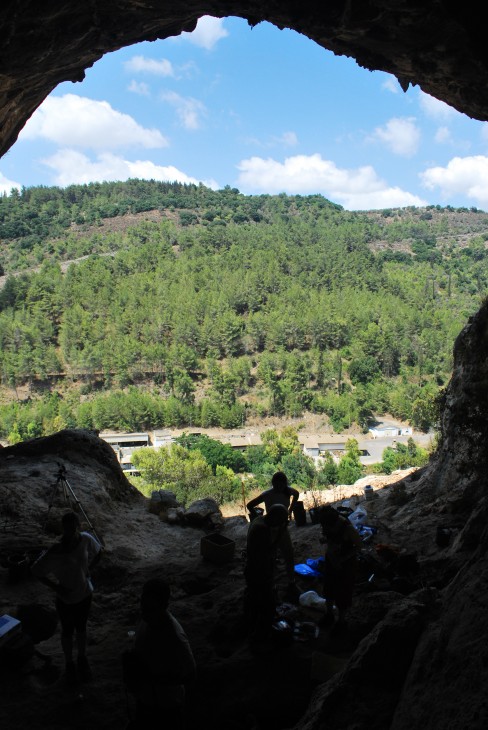 Q: Was is the significance of this discovery during this period?

Yeshurun: What we think is that all these relatively elaborate burial habits in the Natufian culture came at a period of transition; it’s just before the invention of agriculture, and for the first time humans are settling down into semi-permanent villages. Human groups are suddenly not moving periodically as they did earlier, you can see it in many aspects of their economy, personal life and behavior. There are lots of new economic and social innovations. With the transition is the beginning of a new lifestyle that is to become the agriculture lifestyle and the beginning of civilization. People are looking for something that can unite them, can comfort and or can increase group cohesion. What’s better to do this than a nice burial ceremony for a group member? Flowers, a ritual meal during which they sit together and who knows, maybe they were drinking and having music, we don’t know that as well, but it really fits the period. The end of the Pleistocene is a period of great change and growing human population with humans coming to live together in little villages.

Q: Did the Natufians use gravestones?

Yeshurun:  In some graves natural stone objects were used perhaps as markers or symbols. They would also collect some fairly large stones outside the cave and put them on top of the corpses and on top of a grave maybe to prevent hyenas and other carnivores from digging it up. There were no inscriptions, of course, because this was the Stone Age