Rooting through the garbage for a late-night snack or stealing food from the cat’s bowl, the suburban raccoon is a nocturnal, intelligent animal. Yet life in the human suburbs has these creatures crowded together in much greater numbers than they have ever experienced before in their evolutionary history. More raccoons means more interactions, more competition for food and more fights among animals with limited social skills. 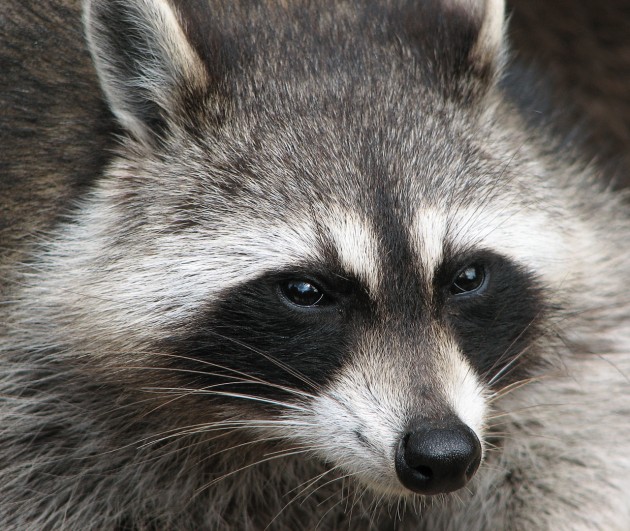 Using proximity logging collars, DNA testing and dog-food feeding stations, a team headed by scientists from Ohio State University and the Smithsonian Tropical Research Institute, recently conducted an experiment with more than 20 raccoons living in a north Chicago suburb to try and learn if suburban interactions may be changing their normal behaviors. In particular the scientists were interested in profiling which individuals came out on top in aggressive encounters, as well as learning if animals that are related show any favor to one another’s company.

When it comes to conflict the study revealed that raccoons respect their elders regardless of the elder’s sex, male or female. Why? “Because older raccoons are larger,” explains Ben Hirsch, a mammalogist at the Smithsonian Tropical Research Institute and co-author of the study which appeared in the journal Ethology. “The bigger guy, or gal, wins.” It’s a standard pattern among solitary animals. 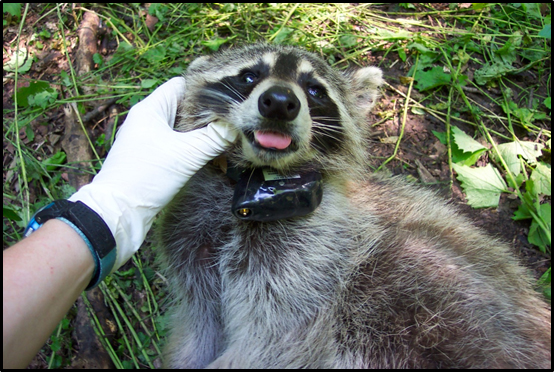 “Many social mammals, especially primates, form coalitions of closely related individuals to gain an edge in conflicts,” Hirsch explains. For example, coatis which are closely related to raccoons and live throughout Central and South America, form coalitions of related individuals during fights which can lead to increased access to food. Two or three coati siblings, for example, may band together to overpower a larger, single animal in a dispute over food. 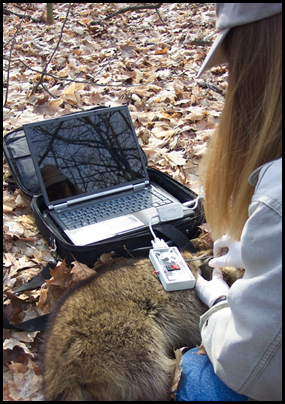 A researcher tests the proximity logging collar worn by a sedated raccoon before releasing the animal. (Photo courtesy Stephanie Hauver)

“In raccoons we’re not seeing any of that,” Hirsch explains. “If anything we’re seeing evidence that there is actually a reverse pattern where animals that hang out with each other, also happened to fight with each other.” The idea, Hirsch explains, “is that if you are going to fight, you are going to fight with who you are near, even though that might be an individual that you normally tolerate or like to be around.”

While some raccoons did form rare alliances, the researchers also found little to no evidence of preferential association between close relatives. In general raccoons continue to exhibit the dominance behavior of solitary animals despite the fact that in many environments across North America they are now regularly forced to associate with other raccoons.

Someday raccoon relatives may wake up and discover the advantages of banding together to overpower other raccoons. Until then, the raccoons in your backyard may be entering an odd transitory stage between back-woods solitary and suburban social. –John Barrat

For sweat bees, being social builds a more developed brain