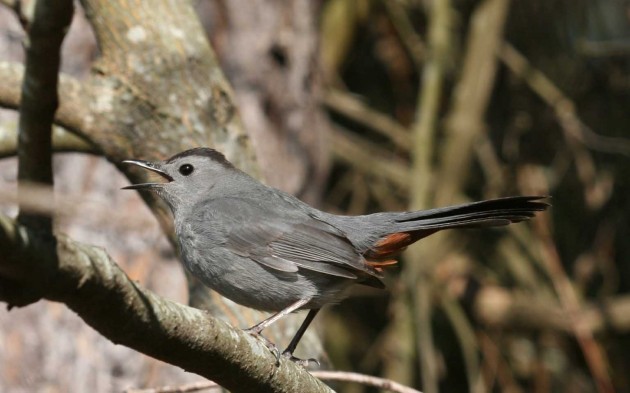 There comes a time in life for every bird to spread its wings and leave the nest, but for gray catbirds, that might be the beginning of the end. Smithsonian scientists report fledgling catbirds in suburban habitats are at their most vulnerable stage of life, with almost 80 percent killed by predators before they reach adulthood. Almost half of the deaths were connected to domestic cats.

Urban areas cover more than 100 million acres within the continental the United States and are spreading, with an increase of 48 percent from 1982 to 2003. Although urbanization affects wildlife, ecologists know relatively little about its effect on the productivity and survival of breeding birds. To learn more, a team of scientists at the Smithsonian’s Migratory Bird Center studied the gray catbird (Dumatella carolinensis) in three suburban Maryland areas outside of Washington, D.C.—Bethesda, Opal Daniels and Spring Park. 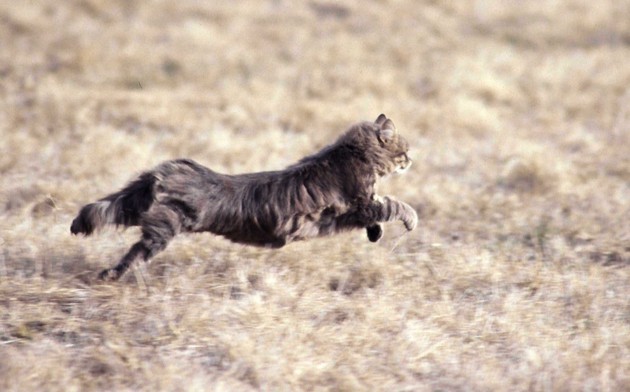 The team found that factors such as brood size, sex or hatching date played no significant role in a fledgling’s survival. The main determining factor was predation, which accounted for 79 percent of juvenile catbird deaths within the team’s three suburban study sites. Nearly half (47 percent) of the deaths were attributed to domestic cats in Opal Daniels and Spring Park. The deaths were either witnessed by the scientists or determined to be cat-related by the condition of the fledgling’s remains, such as a decapitated bird with the body left uneaten—defining characters of a cat kill. Domestic cats were never detected during predator surveys in the third suburban study site, Bethesda.

“The predation by cats on fledgling catbirds made these suburban areas ecological traps for nesting birds,” said Peter Marra, Smithsonian research scientist. “The habitats looked suitable for breeding birds with lots of shrubs for nesting and areas for feeding, but the presence of cats, a relatively recent phenomenon, isn’t a cue birds use when deciding where to nest.” 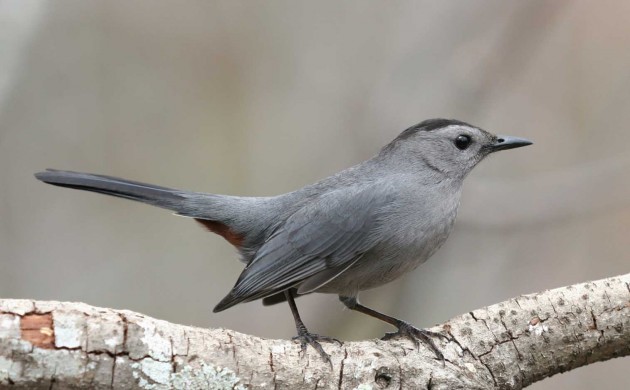 Technology made tracking the fledgling catbirds possible. The team fitted 69 fledglings with small radio-transmitters. Scientists tracked each individual and recorded its location every other day until they died or left the study area. This detailed type of field research was very limited until recently when transmitters were made small and light enough for songbirds.

Tracking the fledglings revealed that the vast majority of young catbird deaths occurred in the first week after a bird fledged from the nest. This was not surprising to the team, given that fledglings beg loudly for food and are not yet alert to predators—making fledglings in suburban environments particularly prone to vis

ual predators such as domestic cats. Domestic cats in suburban areas that are allowed outside spend the majority of time in their own or adjacent yards, so they are likely able to intensely monitor, locate and hunt inexperienced juvenile birds. Rats and crows were also found to be significant suburban threats to fledgling catbirds.

“Cats are natural predators of not just birds but also mammals—killing is what they are meant to do and it’s not their fault,” said Marra. “Removing both pet and feral cats from outdoor environments is a simple solution to a major problem impacting our native wildlife.”

The scientists’ findings were published in the Journal of Ornithology, January 2011 –Johnny Gibbons