Recent spectroscopic analysis of macaroni penguin (Eudyptes chrysolophus) crest feathers and king penguin (Aptenodytes patagonicus) neck feathers have shown they contain a yellow pigment that is chemically distinct from all other molecules known to give color to feathers. “Penguins use the yellow pigment to attract mates and we strongly suspect that the yellow molecule is synthesized internally,” explains Daniel Thomas, a fellow at the Smithsonian’s National Museum of Natural History, and lead author of the study recently published in Journal of the Royal Society Interface. 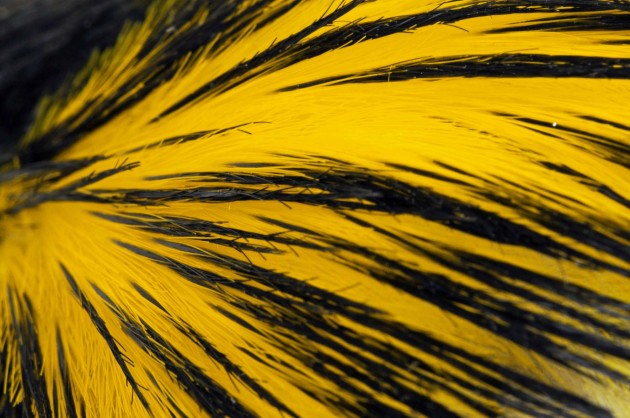 The vibrant yellow pigments found in the crest feathers of the macaroni penguin are chemically distinct from the five known classes of avian plumage pigments. This feather is in the collection of the Smithsonian’s National Museum of Natural History. (Photo by Daniel Thomas)

Using Raman spectroscopy Thomas and colleagues identified part of the molecular structure of this new pigment and hope to completely describe it in the near future. “At its very essence” explains Thomas, “Raman spectroscopy is a study of the way light and matter interact, and very specific interactions tell us about the chemistry of a sample.” The penguin pigment “is distinct from any of the five known classes of avian plumage pigmentation and represents a new sixth class of feather pigment,” Thomas says. “As far as we are aware, the molecule is unlike any of the yellow pigments found in a penguin’s diet.”

In birds, most yellow, red and orange plumage colors are easily linked to diet, Thomas explains. “Canaries are yellow because they eat seeds, fruits and insects that contain yellow carotenoid pigments. Canaries that eat a carotenoid-free diet have white feathers.” 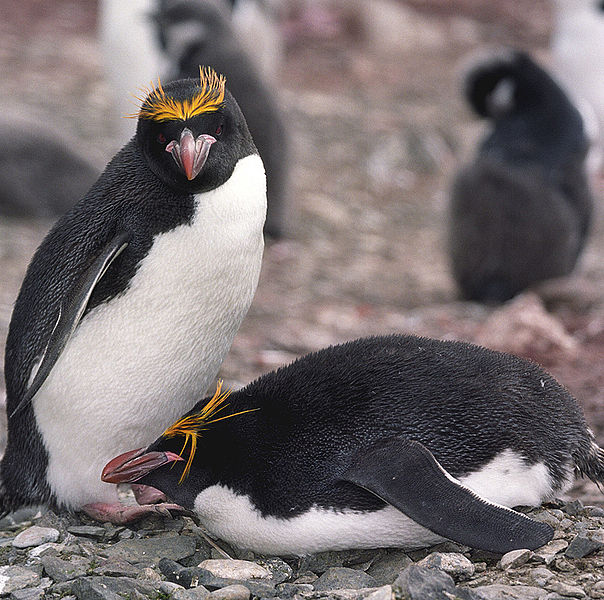 Parrots however are an exception. The red, orange and yellow pigments in the feathers of parrots, are synthesized internally and are not dependent on diet, Thomas says. Penguins can now be added to the list with parrots of birds that internally synthesize yellow feather pigments.

Although the yellow penguin pigment has only recently been discovered to have unique properties, it is by no means new, Thomas points out. “Very likely it has been made by penguins for more than 13 million years, and was possibly displayed by the extinct South American penguin Madrynornis mirandus”.