The inventions of Alexander Graham Bell—most famously the telephone but also methods of recording sound—have allowed people to hear each other’s voices for more than 130 years. Until now, no one knew what the inventor himself sounded like. The Smithsonian’s National Museum of American History, through a collaborative project with the Library of Congress and Lawrence Berkeley National Laboratory, has identified Bell’s voice for the first time.

In the museum’s collection from Bell’s Washington, D.C., Volta laboratory, which includes 200 of the earliest audio recordings ever made, was a loose piece of paper discovered by researchers to be a transcript of a recording. The transcript, signed and dated by Bell and ending with “in witness whereof, hear my voice, Alexander Graham Bell,” was matched with a recently identified wax-on-binder-board disc that carries the initials “AGB” and the same date—April 15, 1885. The disc was submitted to the noninvasive optical sound recovery process on Library of Congress equipment developed by the Berkeley Lab, allowing for the contents of the recording to be audibly matched to the transcript and for the positive identification of Bell’s voice.

“Identifying the voice of Alexander Graham Bell—the man who brought us everyone else’s voice—is a major moment in the study of history,” said John Gray, director of the museum. “Not only will this discovery allow us to further identify recordings in our collection, it enriches what we know about the late 1800s—who spoke, what they said, how they said it—and this formative period for experimentation in sound.” 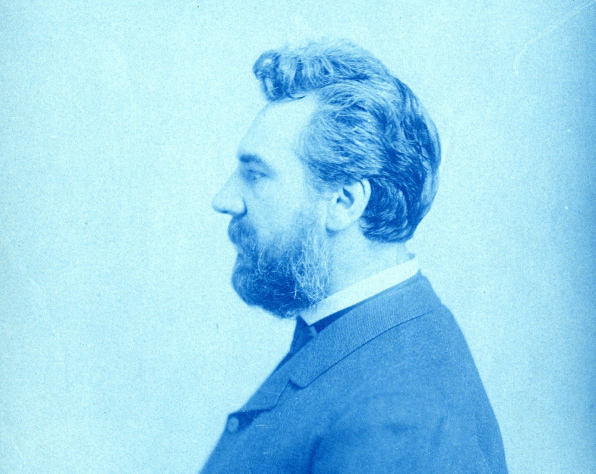 In addition to the identification of Bell, the museum has also identified the voice of Alexander Melville Bell, the famous inventor’s father. In a recording made September 1881 on a wax-coated drum, the elder Bell declaims “There are more things in heaven and earth, Horatio, than are dreamt of in our philosophy. [Trill] I am a graphophone, and my mother was a phonograph.” The younger Bell deposited this recording, and the machine on which it was recorded, at the Smithsonian in 1881 to be used as proof of precedence in case of a patent war. The positive identification of Alexander Melville Bell is corroborated by a 1937 recollection by Charles Sumner Tainter, a member of the Volta Laboratory Associates.

The noninvasive optical technique used in this project to scan and recover sounds was first conceived by Berkeley Lab in 2002 and jointly developed with assistance from the Library of Congress and other institutions over the past 10 years. The process creates a high-resolution digital map of the disc or cylinder. This map is then processed to remove evidence of wear or damage (e.g., scratches and skips). Finally, software calculates the motion of a stylus moving through the disc or cylinder’s grooves, reproducing the audio content and producing a standard digital sound file. For more information, visit http://irene.lbl.gov. 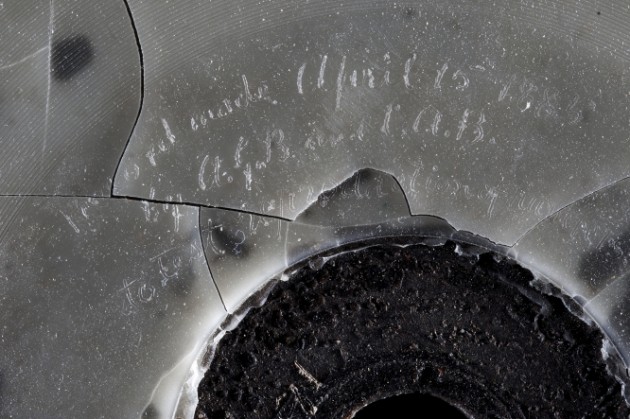 In 2011, the team successfully submitted six discs—all experimental recordings made by the Volta Laboratory Associates between 1881 and 1885—to the sound recovery process.

Recovering sound from the Volta discs is part of an ongoing project to preserve and catalog the museum’s early recording collection and to provide increased access to the collection and its contents for both the academic community and the public. The content of the recordings, studied in conjunction with the innovative nature of the physical discs and cylinders, provides insight into a variety of topics—from the invention process of these well-known 19th-century labs to speech patterns of the late 19th century. 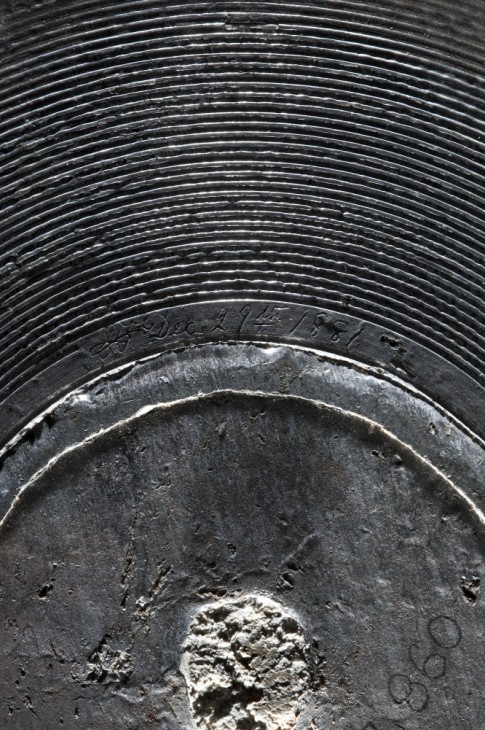 This project has been made possible with funding from a variety of sources. The National Museum of American History received a special preservation grant from the Grammy Foundation and support from the museum’s Jackson Fund. Scholarly research into the collections was supported by the fellowship program at the museum’s Lemelson Center for the Study of Invention and Innovation and a Smithsonian Scholarly Studies grant. The museum is looking for additional funding to continue the examination of other recordings in its exceptional collection. The Institute of Museum and Library Services provided funding to Berkeley Lab through a grant to further develop the optical scanning technology and bring it into use in support of collections and special projects around the world.

Leafsnap, a new mobile app that identifies plants by leaf shape, is launched by Smithsonian and collaborators