Tiny as a mouse with a ‘prout brown’ body and three black stripes on its back Monodelphis gardneri from Peru bears little resemblance to its much larger cousin the North American opossum. “It’s a very pretty little thing,” says Louise Emmons, a mammalogist at the Smithsonian’s National Museum of Natural History and co-author of a recent paper naming this diminutive animal as a distinct species. Unlike the North American opossum, M. gardneri has no pouch for its young. “Short tailed opossums are mainly terrestrial and generally don’t climb trees,” Emmons says. 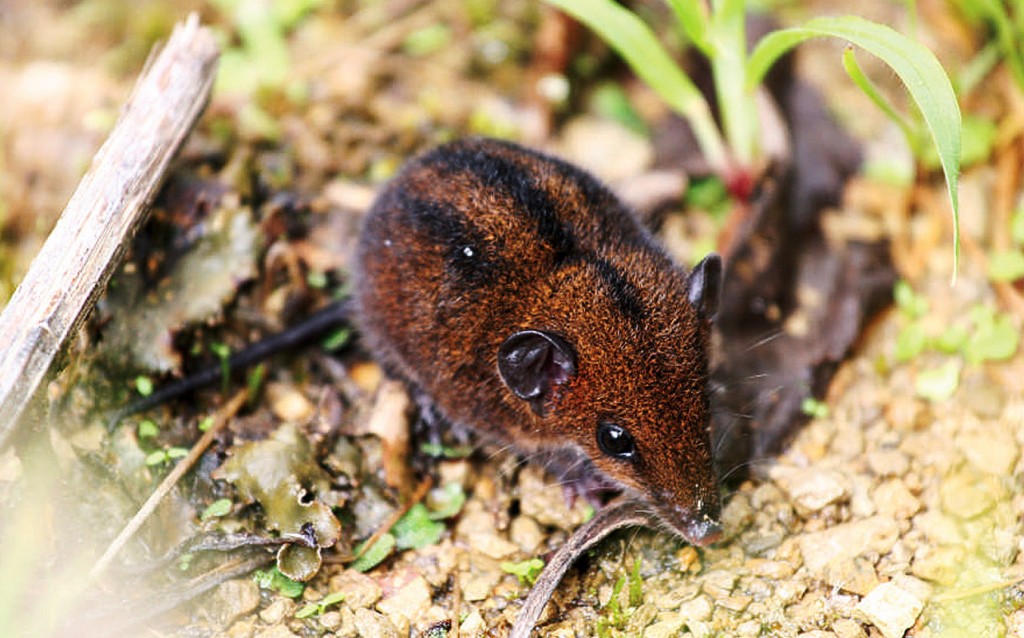 Although M. gardneri was given its official scientific name in October, specimens of this animal have “actually been in museum collections for years, so it is not something that we just discovered yesterday,” Emmons points out. Alfred Gardner, the Smithsonian scientist for whom the animal is named, first found one in central Peru in 1968. Emmons herself collected two of the animals in 1997 from a cold cloud forest in Cordillera Vilcabamba, Peru, where the animals were living in very deep moss “almost like a sphagnum bog,” she says.

Despite its diminutive size M. gardneri and its close relatives represented a monumental challenge for scientists because they comprise a “whole group of tiny striped opossums that is very poorly known and their relationships complex,” Emmons explains. Describing and naming a new species requires meticulous examination of an animal’s morphology, detailing exactly how it is both similar to and distinct from other closely related species.

When Emmons first considered describing it, she recalls, “I opened some drawers in a museum in Rio de Janeiro and there were hundreds of different specimens of striped opossums. I was just blown away.” To describe one species of this group would require close study of its many unnamed relatives. In fact, because of a near identical resemblance, scientists originally confused M. gardneri with a different species of opossum from central Brazil, M. theresa. Genetic analysis has since revealed the two opossums to be separate species.

Over time, mammal experts have been working to gradually sort out the members of this large genus of striped opossums. Three have been named since 2005–M. ronaldi, from Peru; M. reigi, from Venezuela; and M. handleyi, from Peru (named after the late Smithsonian mammalogist Charles Handley)–and the recent naming of M. gardneri marks the 22nd species. Today, Monodelphis has the most species of any opossum genus.

“All opossums have an anatomy that is special to them and tend to have a hind foot with the toe separated so it is kind of like a thumb they can grasp with,” Emmons says.  Although it has never been observed in the wild, Emmons expects M. gardneri is very similar in behavior and diet—eating mainly insects—to a shrew.

M. gardneri is named in honor of its

The detailed scientific description of M. gardneri in the Proceedings of the Biological Society of Washington represents the collaboration of four co-authors: Sergio Solari of the Institute of Biology at the University of Antioquia in Colombia, Victor Pacheco and Elena Vivar of the Museum of Natural History of the National University of San Marcos in Lima, Peru and Louise Emmons.–John Barrat