The new Sant Director of the National Museum of Natural History, Kirk Johnson, had only been on the job for 26 days when he got an urgent message about a special mission: retrieve the world’s first “Spidernaut.” A jumping spider of the species Phidippus johnsoni recently returned from a 100-day stay in space en route to and as a resident aboard the International Space Station. She is the first jumping spider to return from space and successfully readjust to life on Earth. The spider was the focus of a student-initiated experiment and needed to land somewhere so it could be displayed for audiences to see and enjoy. 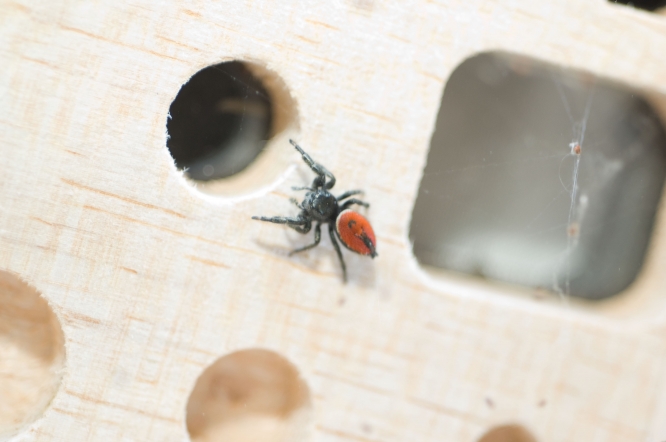 Image above: Nefertiti aboard the International Space Station in her experimental habitat (BioServe Space Technologies)

The National Museum of Natural History’s popular Insect Zoo was a natural choice for the world’s first-ever Spidernaut. Johnson was able to personally escort the Spidernaut from Colorado to Washington, D.C., to take up residence at the museum for the rest of her life.

“The Insect Zoo is one of our most popular exhibitions, and we are thrilled that having such a great educational space also gives us the opportunity to host a critter as special as this space-traveling spider,” said Johnson. “And don’t think it’s lost on me that the common name for this spider is the ‘Jumping Johnson’; we’re practically family already! We welcome her to the museum and look forward to watching her story inspire young minds with the thrilling possibilities in science.” 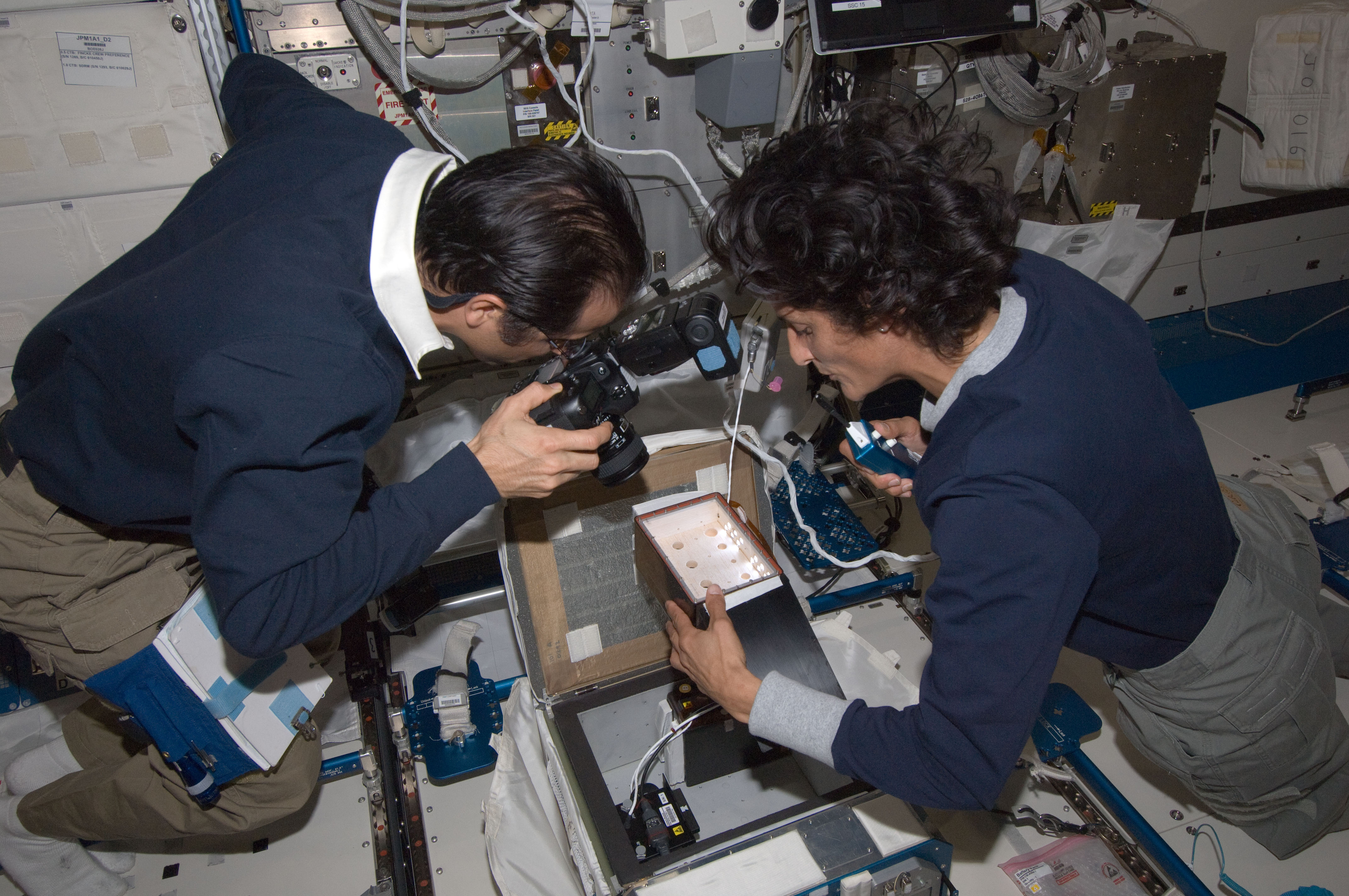 Image above: Astronauts Joe Acaba and Sunita Williams photograph the jumping spider in her space flight habitat on board the International Space Station. (Photo courtesy NASA)

The Spidernaut’s historic flight was the product of a worldwide science project and contest called YouTube Space Lab. The contest invited students ages 14-18 from around the world to submit two-minute YouTube videos suggesting science experiments that could be conducted aboard the space station. One of two experiments selected was proposed by 18-year-old Amr Mohamed from Alexandria, Egypt. His question was whether a jumping spider could adjust its natural hunting technique to still catch its prey in a microgravity environment. The spider, named “Nefertiti” in honor of Egypt’s ancient history, was observed by NASA astronaut Sunita Williams in orbit and by researchers on the ground. The observations also were streamed online. Despite the changes in Nefertiti’s environment, the result of the experiment was that she was indeed able to adjust her feeding behavior to account for the effects of microgravity and still catch her prey.

“This spider, and the idea behind flying it in space, bears witness to the breadth of imagination in young, inquiring minds around the world,” said William Gerstenmaier, associate administrator for Human Exploration and Operations at NASA Headquarters in Washington and a member of the judging panel for the YouTube Space Lab. “A student in Egypt wondered how a spider that jumps to get food on Earth would react to microgravity. The result was a 42-million-mile journey for Amr’s spider all the way to the International Space Station and an inspiration for the students who visit the Natural History Museum to become inquisitive about space.”

The contest, announced in October 2011, was sponsored by YouTube and Lenovo and conducted in collaboration with Space Adventures, NASA, European Space Agency and Japan Aerospace Exploration Agency. The suggested experiment was transformed into a successful space flight investigation by BioServe Space Technologies, a center at the University of Colorado that designs, develops, builds and flies life-science experiments on board the ISS. Bioserve specializes in creating space flight habitats that enable living organisms to exist as naturally as possible in an unnatural environment.

After circling the Earth approximately 1,584 times and traveling approximately 41,580,000 miles, Nefertiti’s mission was complete. She will spend the remainder of her life span, estimated to be about six months, at the museum’s O. Orkin Insect Zoo. The Insect Zoo is a special exhibition hall on the second floor of the museum, directly adjacent to the Live Butterfly Pavilion, where visitors can regularly observe live insects. “Neffi” will be on display with the actual habitat from the research mission, and Insect Zoo volunteers will receive special training so they can answer visitor’s questions about her unique experience.