“Spinning under the influence” is one way to describe recent activities in the Costa Rican laboratory of Smithsonian scientist William Eberhard. An entomologist at the Smithsonian’s Tropical Research Institute, Eberhard recently carried out a series of experiments in which he observed the web-building behavior of dozens of spiders under the influence of drugs—specifically, a chemical injected into their bodies by parasitic wasps. His work is an attempt to better understand a poorly studied area of animal behavior: just how parasites can influence certain activities of their host’s nervous system to trigger, suppress or modify specific behaviors that favor the survival of the parasite. 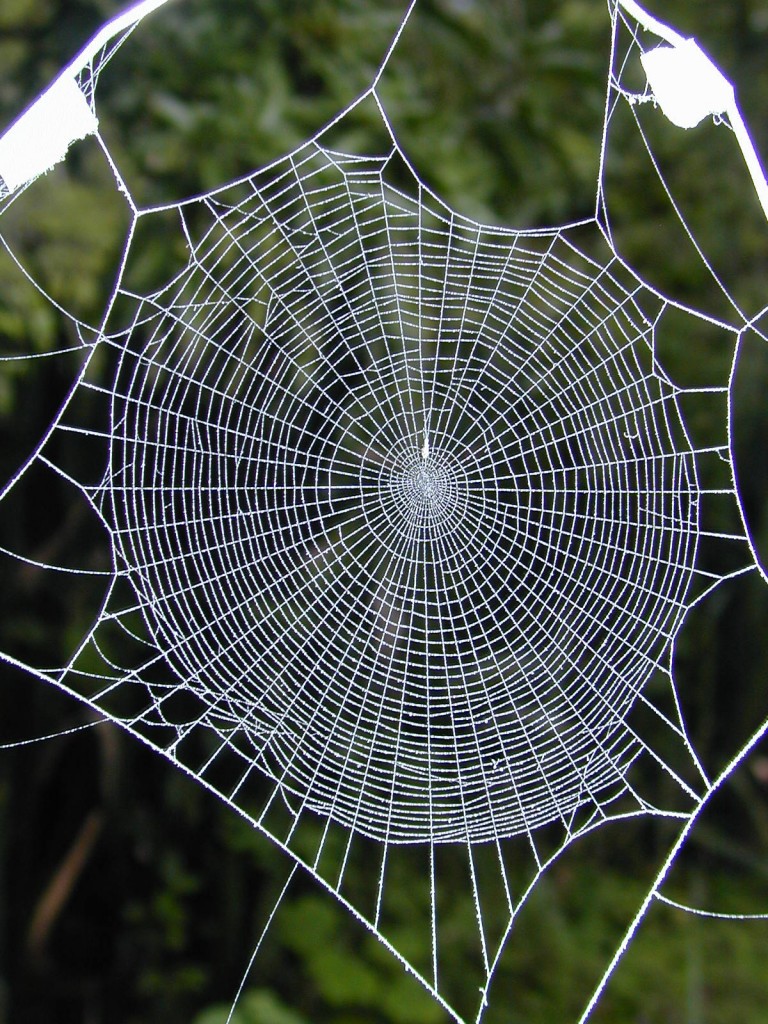 A normal web of the orb weaving spider A. bifurca.

The subjects in Eberhard’s experiments were orb weaving spiders of the species Allocyclosa bifurca and their parasite Polysphincta gutfreundi, a tropical wasp. The parasitic cycle begins when a female wasp seizes a spider on its web and lays a tiny egg on its abdomen. A wormlike larva emerges from the egg and fastens itself to the spider’s abdomen, where it lives by sucking out vital juices through small holes that it makes in the spider’s skin. After about a week the larva matures and kills the spider, then sucks the rest of its internal fluids, leaving only a dry husk that it discards. Holding onto the spider’s web with tiny crochet-like hooks, the larva then builds a cocoon that attaches to the spider’s web. Here it pupates, emerging a few weeks later as a mature wasp. 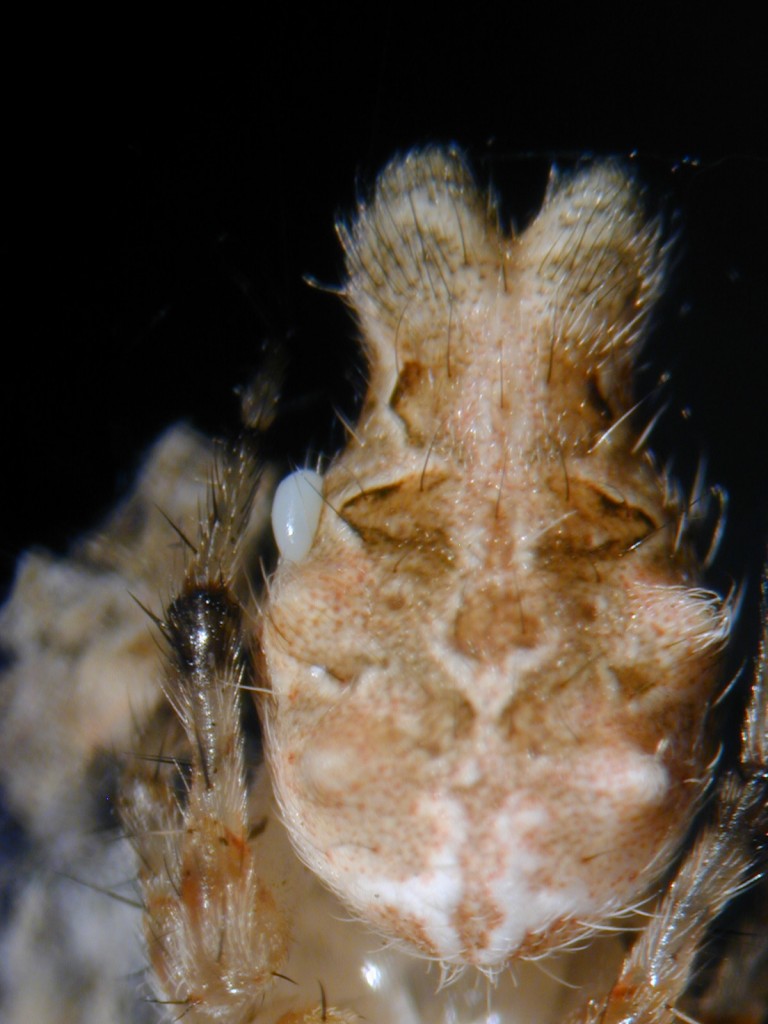 A wasp egg on the abdomen of an orb weaving spider.

During the latter part of the larva’s residence on the spider’s body, scientists believe it injects a chemical or chemicals into the spider, causing it to spin one or more webs that are vastly different from the symmetrical webs that the spider normally spins each day to catch insects. The drug-induced webs are stronger and designed specifically, scientists believe, to keep the wasp’s cocoon suspended and thus protected from enemies and the elements. The wasp-induced webs also often include a distinctive linear silk stabilimentum, or decoration, that camouflages the cocoon from possible predators.

To conduct his experiment, Eberhard collected a few dozen spiders and their parasites and brought them into a laboratory where he could observe the spider’s daily web building. He carefully recorded how the web building behavior of newly parasitized spiders changed, the order in which the changes occurred and how they corresponded to the maturity of the wasp larva. He recorded when old behaviors disappeared, such as when the spiders drastically reduced the numbers of radii and of loops of sticky spiral silk in their webs, and when new behaviors arose, such as when the spiders began to reinforce the radial, anchor and frame lines of their webs and began creating distinctive stabilimenta to conceal the wasp’s cocoon. 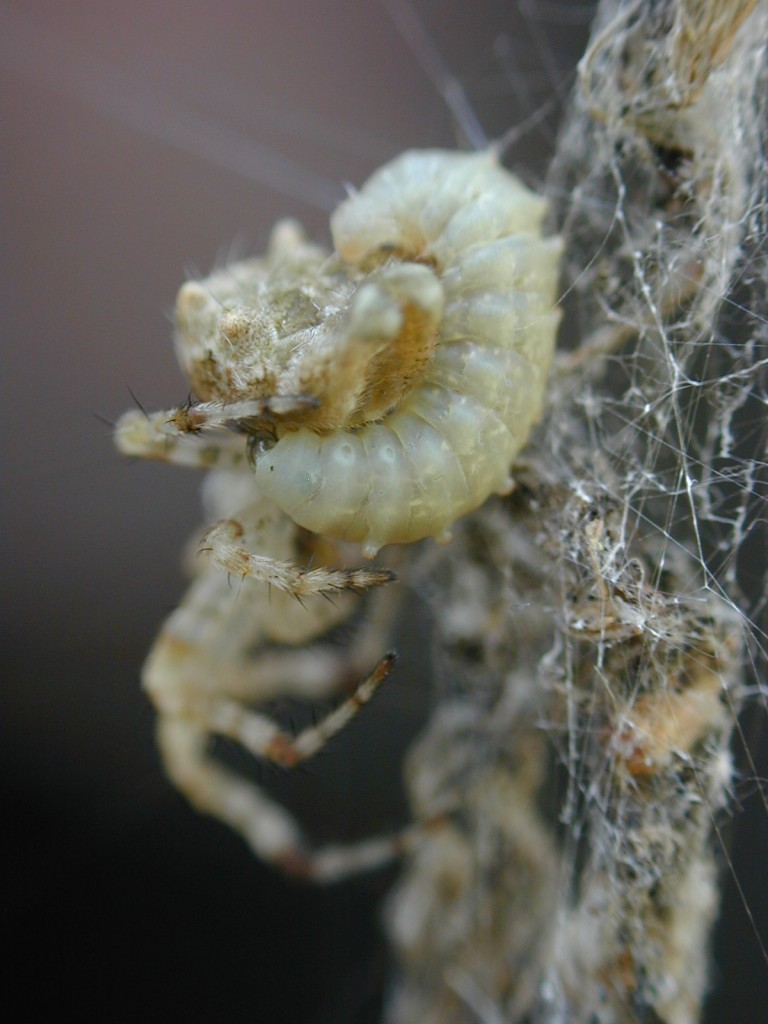 A wasp larvae grows fat on the juices it sucks from its spider host.

Next, just before a wasp larva killed its host, Eberhard removed the larva from the spider with a pair of tweezers. He found that slowly, over a period of several weeks, the spiders recovered their normal web-building behaviors. Surpisingly, the order of recovery of different types of behavior was the reverse of the order in which changes were originally induced by the larvae. In other words, the web-weaving traits that were the first to be affected by the larva were the last to return to normal when the larva was removed. Eberhard also speculates that the chemical dose from the larvae gets stronger as the larva matures, and then gradually diminished in the experiments in which the larvae were removed. Spiders took longer to recover from larvae that were allowed to reach more advanced stages of maturity before being removed. 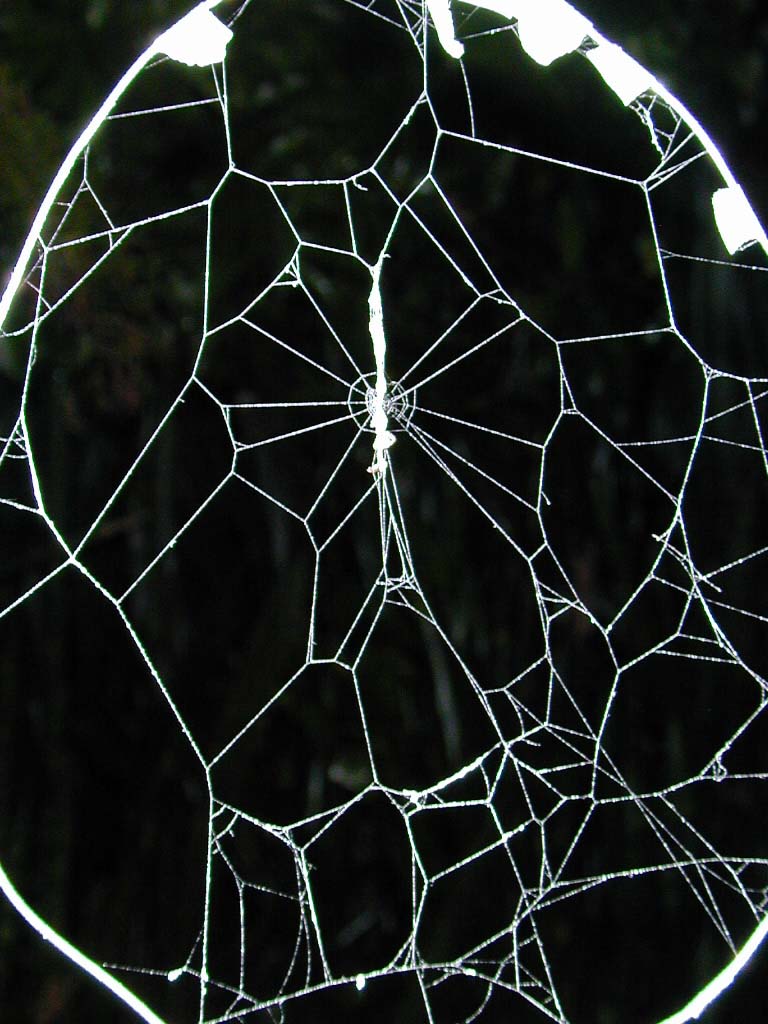 A highly-modified web spun by an orb weaving spider under the influence of its wasp parasite. A  linear stabliment that hides the wasp’s cocoon is at the web’s center.

Eberhard also learned, he says, that the wasp larvae’s influence on the spiders did not affect just one aspect of their behavior independent of another, but seemed to “affect the spiders at higher levels of behavioral decisions that determine the overall design of the webs.” Some aspects of the designs of the modified webs created by parasitized spiders, Eberhard points out, “were coordinated with each other in ways that are similar to the designs of normal orbs (for instance, webs with longer radii had smaller angles between the radii, in both cocoon webs and normal orbs). In addition, in some respects (but not others) they resemble webs that these orb-weaving spiders create for themselves when they are at rest—called resting webs.” This raises the possibility that part of the larva’s effect is to somehow trigger a decision in the spiders to build a resting web, a design already programmed in the spider, and induce the spider to include further modifications to this basic plan. 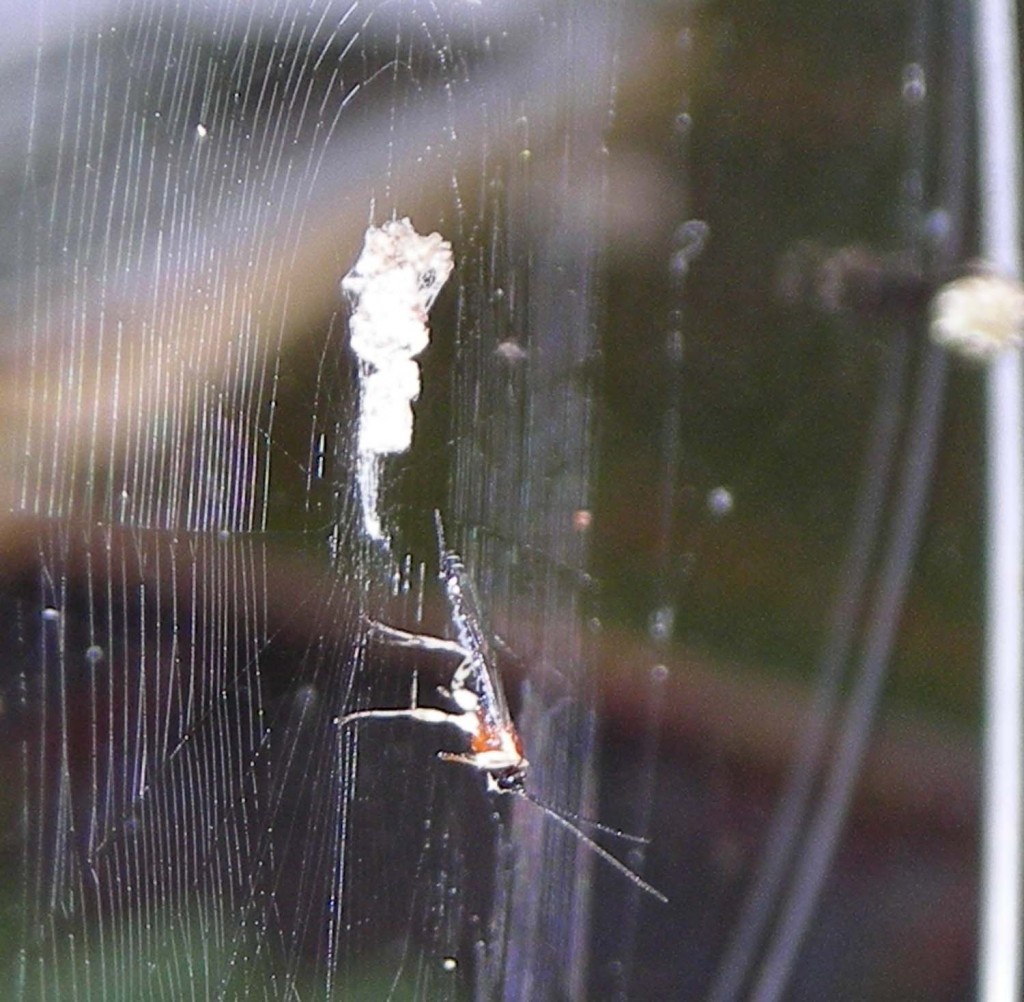 The mechanisms behind the surgically-specific manipulations that parasites produce in the behavior of their hosts have been honed by natural selection over long periods of time, Eberhard says. “Understanding how these mechanisms work promises new, exciting and potentially powerful access into determining how animal behavior is controlled.”

Eberhard’s work was published recently in the journal of The Association for the Study of Animal Behavior. —John Barrat