Scientists at the Smithsonian and their colleagues have discovered a new mechanism of animal mating plug production. In the giant wood spider Nephila pilipes, a highly sexually dimorphic and polygamous species, many small males compete with one other for access to a few huge females. During copulation these males are known to sever their own genitals in an attempt to plug the female, thereby gaining paternity advantage by preventing other males from mating with her. 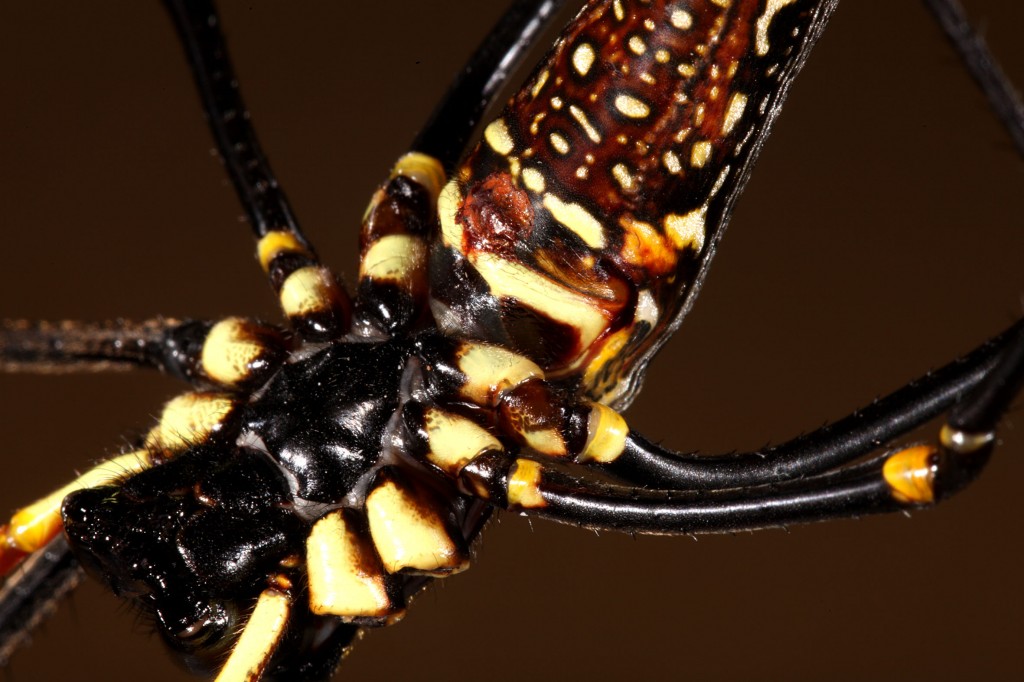 Until recently however, nothing has been known about the origin and function of additional and very solid plugs researchers have observed that also commonly cover female genitals in this species. Now in laboratory trials biologists have discovered the origin of this additional other plugging mechanism. 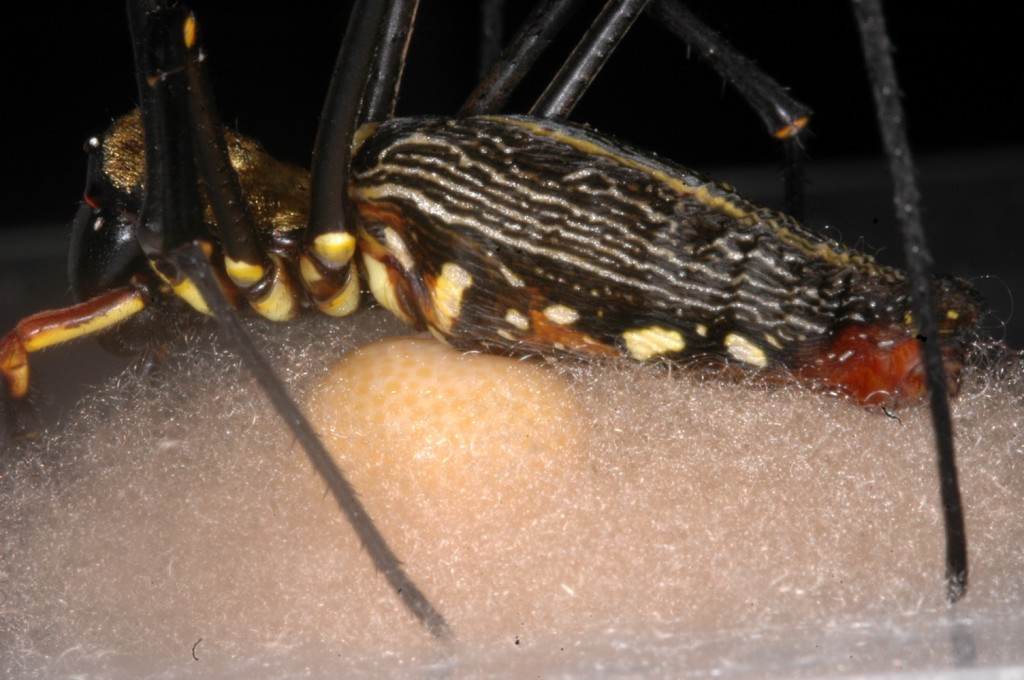 Nephila pilipes female laying eggs, a side product of this process is the production of an amorphous genital plug (Photo by S. Zhang)

Before the trials the researchers speculated that the additional mystery plugs commonly found covering female genitals might be produced by the copulating male, or the female, or perhaps both spider sexes. The researchers tested these possibilities by staging laboratory mating trials with varying degrees of females mating with multiple males. They observed that no plugs were ever formed during mating trials, but instead, females exposed to many males produced the amorphous plugs during the egg-laying process. 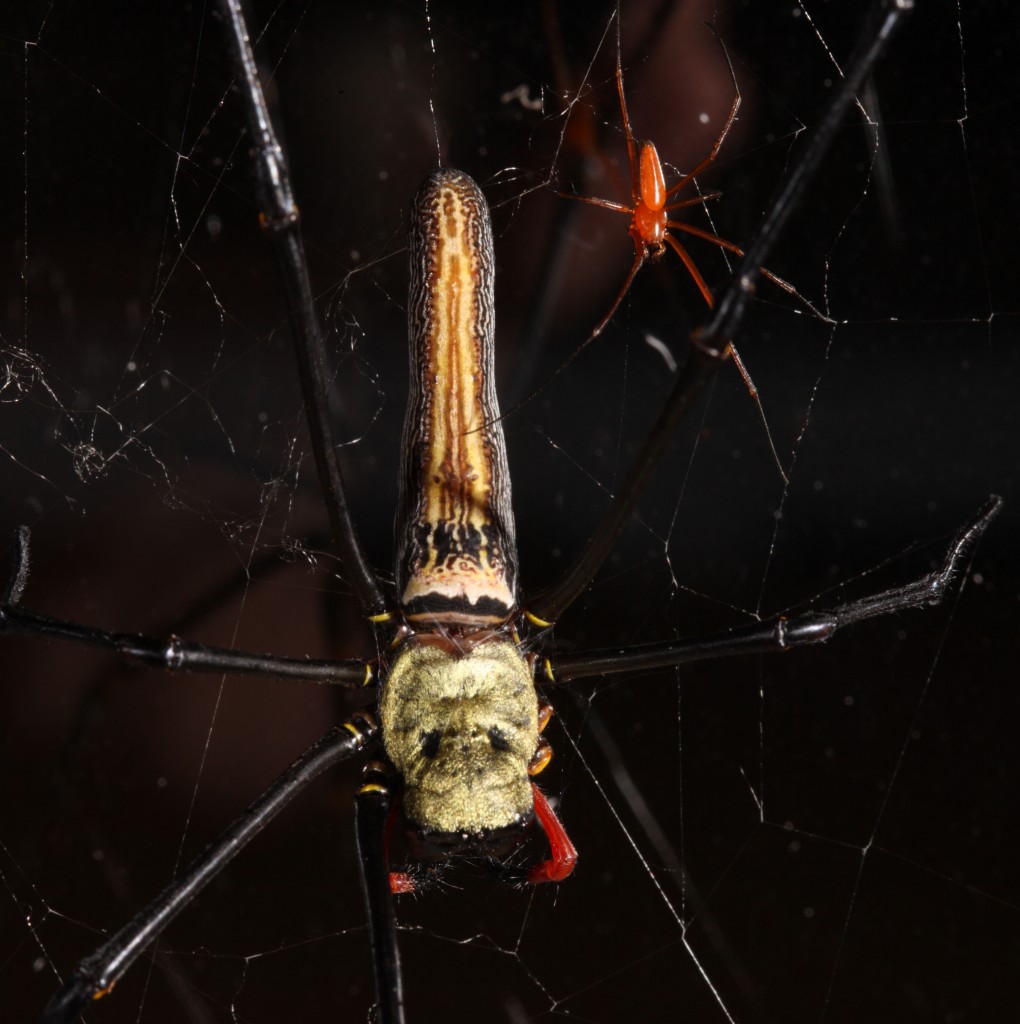 These plugs, when hardened, prevented subsequent copulation. The authors conclude that the newly discovered “self-plugging” mechanism represents a female adaptation to sexual conflict through the prevention of unwanted and excessive copulations.

The international team of scientists who published their findings in the July 19 issue of the journal PLoS ONE, consists of Matjaž Kuntner, research associate at the Smithsonian’s National Museum of Natural History and chair of the Institute of Biology at the Scientific Research Centre, Slovenian Academy of Sciences and Arts; Daiqin Li, associate professor at the Department of Biological Sciences, National University of Singapore, and doctoral students Matjaž Gregorič and Shichang Zhang, and postdoc Simona Kralj-Fišer.

Article link: “Mating Plugs in Polyandrous Giants: Which Sex Produces Them, When, How and Why?”