Recreating a slice of the universe 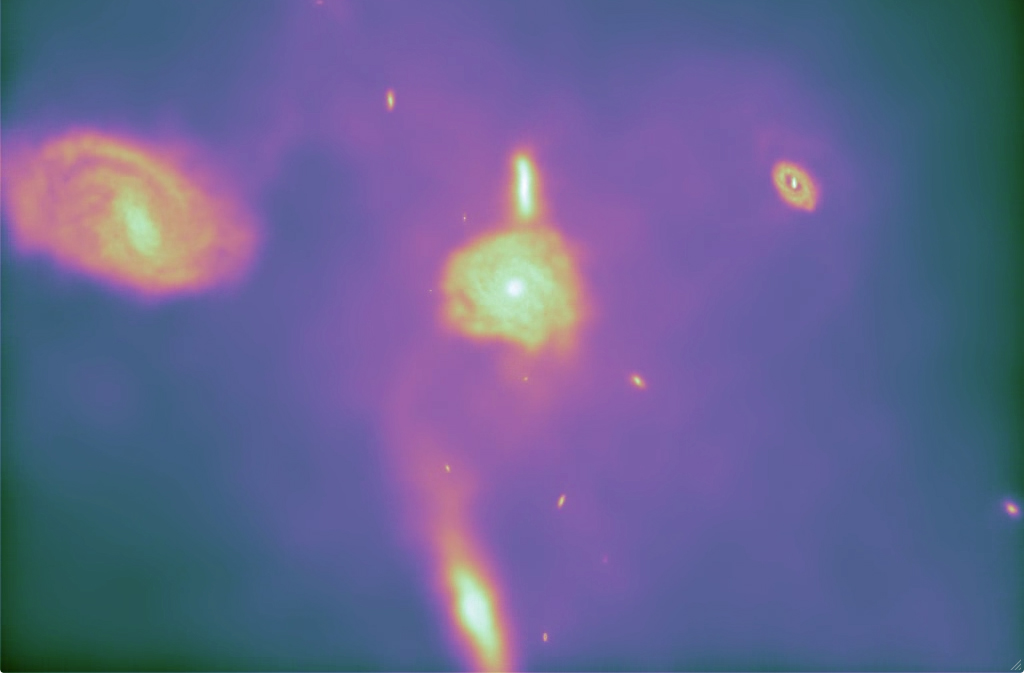 Scientists at the Harvard-Smithsonian Center for Astrophysics (CfA) and their colleagues at the Heidelberg Institute for Theoretical Studies (HITS) have invented a new computational approach that can accurately follow the birth and evolution of thousands of galaxies over billions of years. For the first time, it’s now possible to build a universe from scratch that brims with galaxies like we observe around us.

Our cosmic neighborhood is littered with majestic spiral galaxies like Andromeda, the Pinwheel, and the Whirlpool. Spirals are common, but previous simulations had trouble creating them. Instead, they produced lots of blobby galaxies clumped into balls, without the broad disks and outstretched arms of a typical spiral.

The new software, called Arepo, solves this problem. Created by Volker Springel (HITS), Arepo generates a full-fledged simulation of the universe, taking as input only the observed afterglow of the Big Bang and evolving forward in time for 14 billion years.

“We took all the advantages of previous codes and removed the disadvantages,” explained Springel.

“Our simulations improve over previous ones as much as the Giant Magellan Telescope will improve upon any telescope that exists now,” said Debora Sijacki (CfA).

(When completed later this decade, the Giant Magellan Telescope’s 24.5-meter aperture will make it the largest telescope in the world.)

One of Arepo’s key advantages is the geometry it uses. Previous simulations divided space into a bunch of cubes of fixed size and shape. Arepo uses a grid that flexes and moves in space to match the motions of the underlying gas, stars, dark matter, and dark energy.

The simulations ran on Harvard’s Odyssey high-performance supercomputer, using in total 1,024 processor cores. This fast machine allowed the scientists to compress 14 billion years into only a few months — an endeavor that would have kept a desktop computer busy for hundreds of years!

The team’s future goals include simulating much larger volumes of the universe at unprecedented resolution, thus creating the largest and most realistic model of the universe ever made.