Two new species of blind snakes found living on small, low-lying atolls in the Caroline Islands are an unexpected discovery that is quite difficult to explain, say scientists studying the reptiles. The new snakes were announced recently in a paper in the journal Zootaxa co-authored by Addison Wynn, a herpetologist at the Smithsonian’s National Museum of Natural History, and colleagues from the U.S. Geological Survey, the College of Micronesia and the Yap Institute of Natural Sciences. The Caroline Islands are located in Micronesia, an area north of the equator and far west of Hawaii.

Both snakes (newly named Ramphotyphlops hatmaliyeb and Ramphotyphlops adocetus) are believed to be indigenous to islands that only formed in the last 2,000-years. These islands are surrounded by water and have never had any connection to land.

“The question is,” Wynn says, “how did they get there?” The only other terrestrial snake found in the Caroline Islands east of Palau is a third blind snake species known to have been introduced by humans years ago. 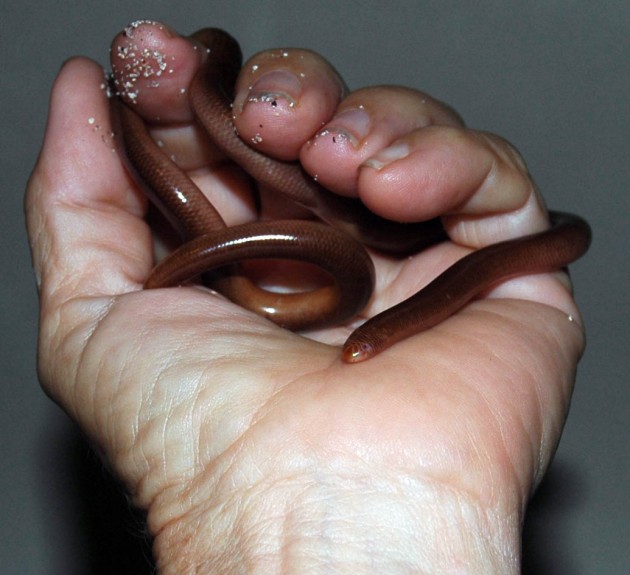 “These new species extend the known range of blind snakes some 2,000 kilometers out into the Pacific Ocean, into areas where we didn’t know they occurred or could ever occur. We just didn’t expect to find blind snakes out there in the middle of the ocean,” Wynn says.

Blind snakes live underground, are typically four or five inches long and easily mistaken for large worms. “They eat termites and small ants, and there are about 240 or so known species in the world,” Wynn says. “They spend their lives burrowing so their head is blunt and pointed to push their way through the soil. Their rudimentary eyes can only differentiate between light and dark and exist as pigment spots underneath scales on their head.” 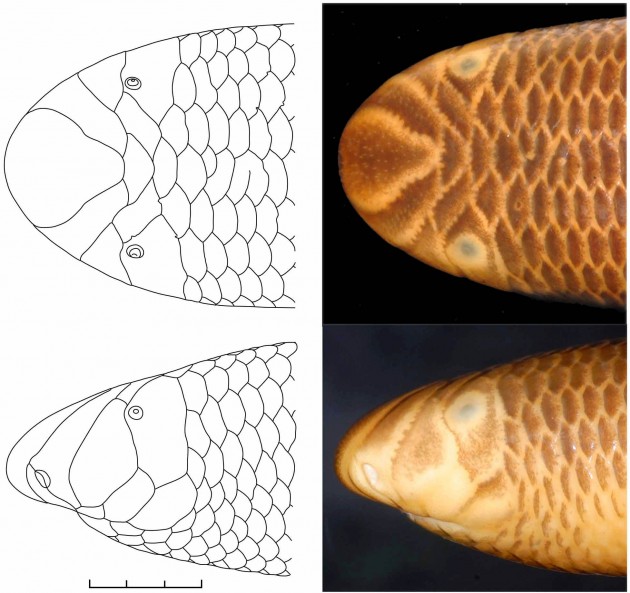 Top and side photographs of the head of the newly named blind snake species “R. adocetus” with accompanying illustration showing the unique scale pattern that scientists use to identify them as to species.

When we first received a single specimen from the island of Ant Atoll, in the Carolines, Wynn explains, “we initially thought it must be a waif, brought by humans aboard a ship, because it was so unexpected.” As the scientists received additional specimens they were faced with the fact that the snakes are a species indigenous to the Caroline Islands. One hypothesis to their presence is that they are a relic population that somehow survived on temporary cays, reefs, platforms and other oceanic structures for thousands of years until the islands on which they now live were formed.

Because different species of blind snakes look so similar in appearance, an expert is normally required to tell species apart. Physical characteristics used to distinguish them are counts of the number of scales found along the back of the animal or scale rows around the animal’s body, shape and position of scales on the head, and color pattern.