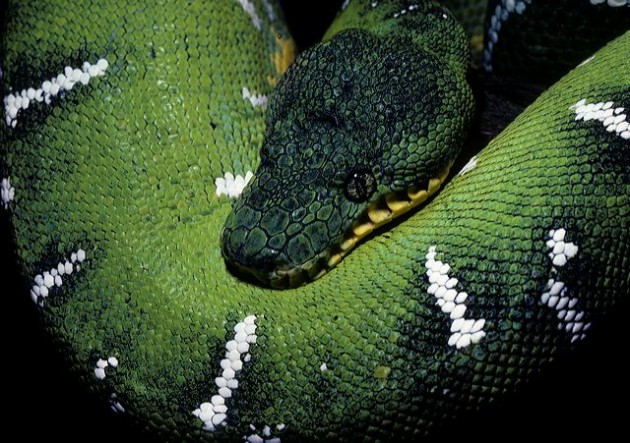 According to legend St. Patrick (circa 387–460 or 492 AD) banished all snakes from Ireland, chasing them into the sea after they attacked him during a 40-day fast atop a hill.

Today we suspect that snakes never lived in Ireland, likely because Ireland is an island surrounded by a frigid ocean inhospitable to these creatures. Still, banishing or removing snakes from any environment is a bad idea, says James Murphy, curator in the Reptile House at the Smithsonian’s National Zoo. His office is surrounded by a wide variety of different snake species

Being carnivorous, some snakes keep down populations of certain animals such as rodents so they are beneficial to farmers, Murphy says. In addition, rodents can carry diseases to which humans can be susceptible. Snakes also are eaten by other animals, providing food. Snake venom has been shown to have medicinal qualities that have helped in the development of certain medicines. Snakes are an integral part of many ecosystems and, “from a personal perspective, they are just plain fascinating,” Murphy says. “The more I learn about them the more interesting they become. They always surprise me.”

As far as attacking St. Patrick, “snakes basically survive by avoiding conflict, not attacking. Many of them are secretive and generally not aggressive toward humans,” Murphy explains. “I’ve collected snakes literally throughout the world all my life and the only snake that I can say was actually aggressive toward me was a nonvenomous black snake when I was in high school,” the 73-year old herpetologist says. “A male was courting a female and he probably just wanted me away from there.” 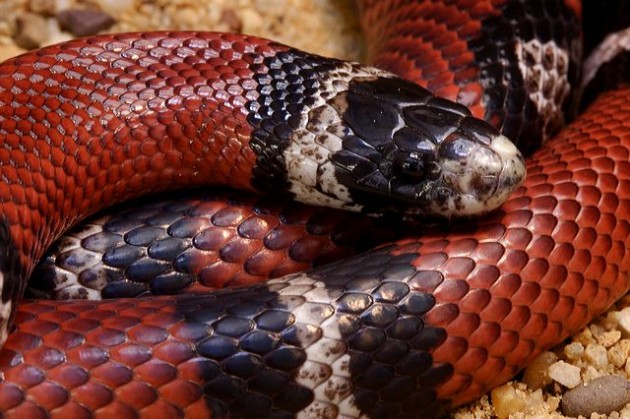 Sinaloan milk snake is native to Sonora, Sinaloa and into southwestern Chihuahua, Mexico

Snakes are representatives of earth’s incredible diversity and important pieces of its ecological puzzle, Murphy continues. “People are afraid of snakes because they are so much different than we are. They don’t have limbs, they don’t have eyelids, they aren’t very tall, they don’t scream from pain, and they don’t have the kinds of human characteristics comforting to us.  Anything that is so unusual, humans are just unsettled by as opposed to cute, fuzzy mammals like giant pandas or great apes.”

The abnormal fear of snakes is called ophiophobia, after Ophion, the great serpent of the waters in Greek mythology, who mated with Eurynome, the goddess of all things. Eurynome took on the appearance of a bird, laid a giant egg, and Ophion coiled around and incubated the egg until it hatched, producing all living creatures.

“Those of us who work with snakes are bewildered by the widespread fear and loathing directed toward them by humans,” Murphy says. 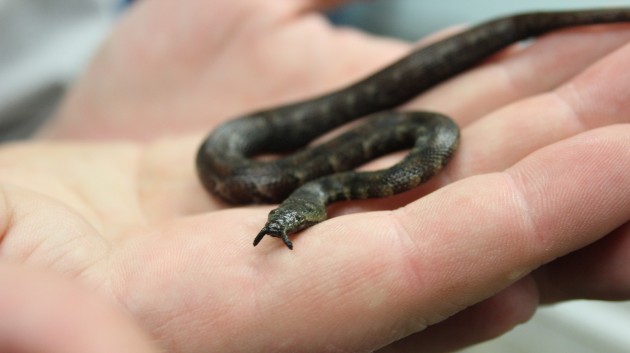 Today, says Murphy, modern humans, like St. Patrick, seem to be driving many animal species, including snakes, not into the sea but to extinction. A recent study published in January in the journal Elsevier predicts that nearly one in five reptilian species are threatened with extinction due in part to human-induced habitat loss and animal harvesting. Extinction risks for certain snakes species may be underestimated due to lack of information on their numbers.

“As herpetologists my colleagues and I are very concerned about the loss of snake diversity,” Murphy says. “What we are watching today is basically an extinction event that includes many snakes, as well as a number of other reptiles and amphibians. An unprecedented number of animals are disappearing from the planet.”