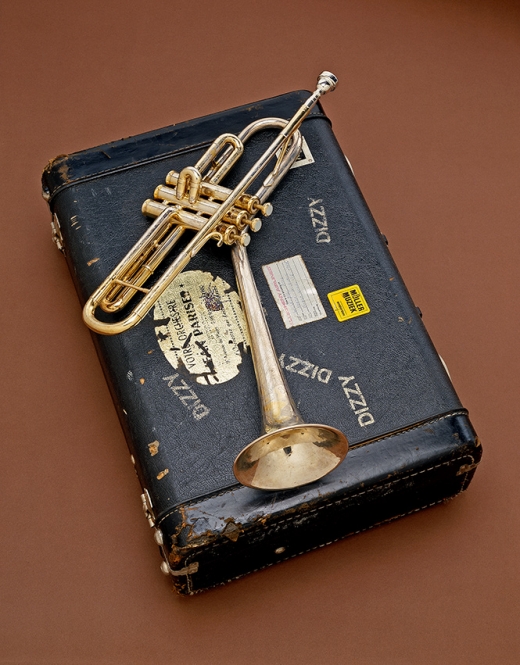 In the 1940s, Gillespie, renowned for his harmonic complexity and scat singing, became a major figure in developing the modern jazz style known as bebop. Gillespie pushed the technical virtuosity of the trumpet, wrote influential compositions, helped introduce Afro-Cuban rhythms into jazz and through his showmanship helped spread the popularity of bebop.
In 1986, Gillespie donated this custom “Silver Flair” trumpet, which he played for 10 years, and its custom case to the Smithsonian’s National Museum of American History. Its uniquely shaped upturned bell was his internationally known trademark.
Gillespie’s trumpet is one of the most iconic instruments in American music; its inclusion in the Smithsonian marks him as one of the most influential and innovative 20th-century American musicians.
To learn more about the importance of jazz in culture, technology, gender and race, visit the Smithsonian’s Jazz Appreciation Month 2012 website. To hear musical recordings of Gillespie and other jazz musicians, visit the Smithsonian Folkways’ website.
This item is one of 137 million artifacts, works of art and specimens in the Smithsonian’s collection. It is on display in the National Museum of American History’s Artifact Wall. To learn more about this item, visit the National Museum of American History’s website.