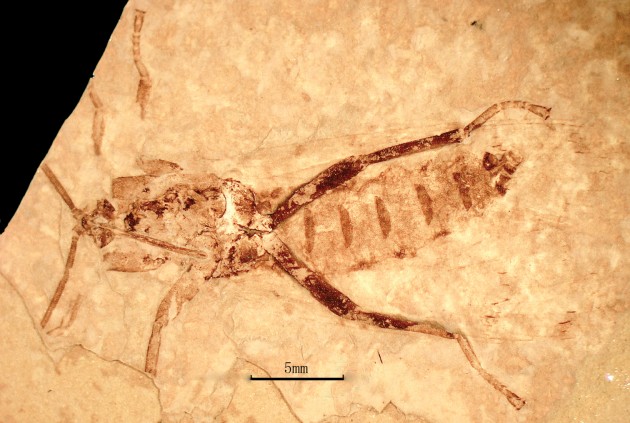 When: J. liaoningensis lived some 125 million years ago alongside the dinosaurs just as flowering plants (angiosperms) were beginning to appear. This species has long been extinct. It is the first member of the Aneuretopsychidae, a prehistoric family of insects, to be discovered so exquisitely preserved that scientists can see and study the anatomical detail of its body parts, including the abdomen, antennae, thorax, forewings, legs and the head and mouthparts, especially the proboscis. This new specimen also reveals previously unknown ancient relationships between plants and these spectacular insects. 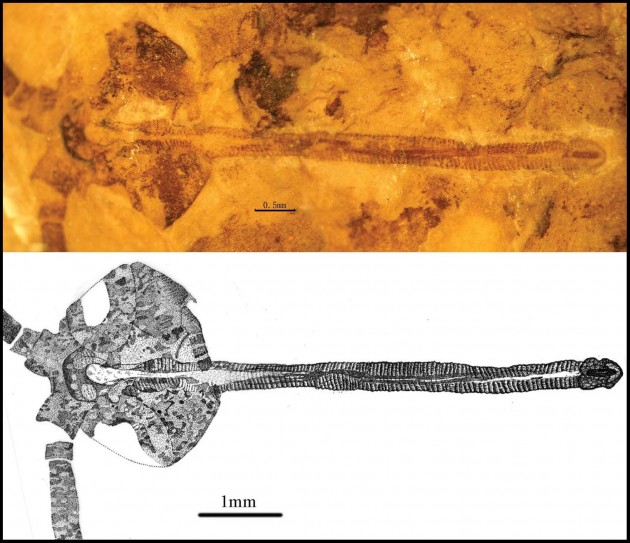 How: This insect lived by sucking nectar-like fluid from deep funnels or similar tubular structures that were part of the reproductive features of seed-producing plants such as certain conifer, cycad and ginkgo-like hosts, collectively known as gymnosperms. J. liaoningensis was one of a diverse guild of long-proboscis insects that fed upon these plants, including flies, lacewings and possibly moths. Scientists know that it “nectared” gymnosperms and not angiosperms because at that time the most primitive angiosperms did not have deep-throated, tubular flowers whereas some gymnosperm hosts did have reproductive structures that would accommodate the proboscis of J. liaoningensis.

Where: Discovered recently in China’s Yixian Formation, near Beipiao City of Liaoning Province, China. The Yixian Formation is a geological formation holding deposits that span several millions of years during the Early Cretaceous Period. It is well known for the abundant fossils of plants, animals, such as feathered dinosaurs, and insects that have been discovered there, broadly known as the Jehol Biota. 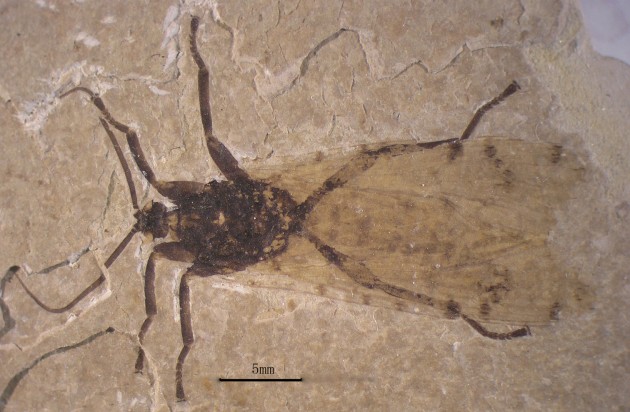 Who: These specimens were described and named in the journal Zookeys recently by Dong Ren and ChungKun Shih of the Capital Normal University, Beijing, and Conrad Labandeira of the Smithsonian’s National Museum of Natural History. Article link: “A well-preserved aneuretopsychid from the Jehol Biota of China (Insecta, Mecoptera, Aneuretopsychidae)”