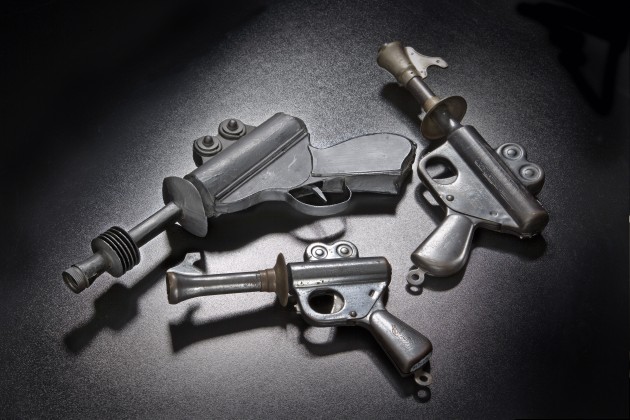 John F. Dille, president of the National Newspaper Service, asked Nowlan to turn it into a comic strip, illustrated by Dick Calkins. Dille suggested renaming the character “Buck” to capitalize on the popularity of the 1920s Westerns. The daily comic strip was followed by a color Sunday strip in 1930 and a radio program in 1932.

The first 3-D Buck Rogers toy ray gun appeared in 1934. This XZ-31 Rocket Pistol, a 9 ½-inch toy gun that produced a distinctive “pop!” sound, retailed for 50 cents. It was the first of six Buck Rogers toy guns manufactured over the next two decades by Daisy Manufacturing Co.

These items are just three of 137 million artifacts, works of art and specimens in the Smithsonian’s collection. They are on display at the National Air and Space Museum’s Steven F. Udvar-Hazy Center in Chantilly, Va.