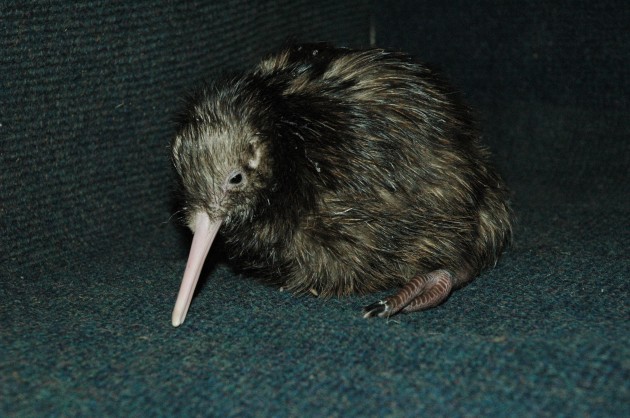 The National Zoo’s new kiwi chick and the egg from which it hatched on Dec. 11.

The sex of the chick is unknown and cannot be determined by sight until it is two years old. For this reason, National Zoo geneticists took DNA samples swabbed from the inside of the egg and will be able to determine its sex in the coming weeks.

This new chick will not be on exhibit, but people can watch it forage in its nest box on the Zoo’s Kiwi Cam. The first was in 1975, and was also the first to occur outside of New Zealand. The Zoo did not have another successful hatching until 2006; visitors can see that male bird, Manaia, on Mondays, Wednesdays and Fridays at 11 a.m. during the Meet-a-Kiwi program at the National Zoo’s Bird House. The National Zoo is the only zoo in North America to offer this kiwi program. The Zoo hatched its first female kiwi chick—Hiri—in 2010. She is now in Germany as part of the Species Survival Plan breeding program.  The Zoo established a kiwi breeding facility at the Smithsonian Conservation Biology Center in front Royal, Va. last year with the import of two kiwis from New Zealand. 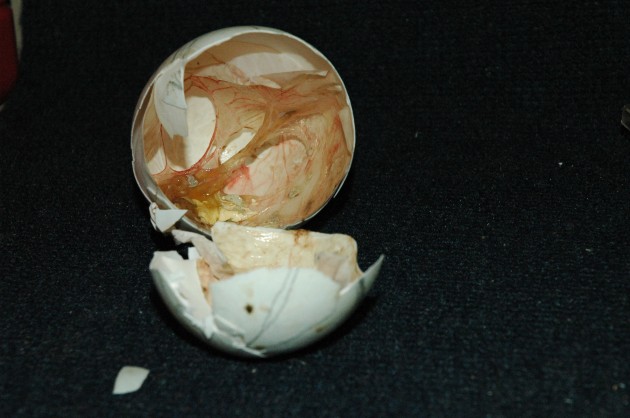 Kiwis in captivity are extremely rare—only five zoos outside of New Zealand have successfully bred kiwis. The birds typically mate for life, and the male is responsible for incubating the egg. After kiwi chicks hatch, however, they receive no parental care. Unlike many other bird species, kiwis hatch fully feathered and equipped with all of the necessary skills they need to survive.

There are five species of kiwi and all are unique to New Zealand; the brown kiwi is the country’s national bird. The brown kiwi is classified as endangered by the International Union for the Conservation of Nature. The wild population is declining at a rate of approximately 5.8 percent a year.

Nearly 90 percent of all wild North Island brown kiwi chicks are killed by stoats (members of the weasel family) and cats in unprotected areas. In areas where pest control is in place, the survival rate is high. The remaining wild population of the brown kiwi is estimated at roughly 24,000, down from 60,000 in the 1980s. However, where conservation efforts, such as Operation Next Egg occur, the kiwi population is stabilizing.