Strand for strand no fabric can compare to the luxurious feel, luminosity and sheen of pure silk. Since millennia, the Chinese have been unraveling the cocoons of the silk worm (Bombyx mori) and weaving the fibers into sumptuous garments, hangings, carpets, tapestries and even artworks of painted silk.

Now, for the first time scientists at the Smithsonian’s Museum Conservation Institute have developed a fast and reliable method to date silk. This new technique, which is based on capillary electrophoresis mass spectrometry, has great potential to improve the authentication and dating of the priceless silk artifacts held in museum and other collections around the world. 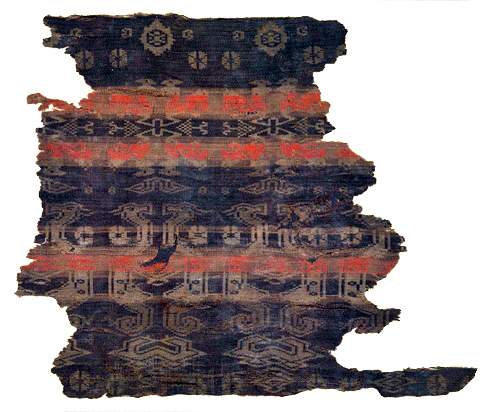 The new method uses the natural deterioration of the silk’s amino acids, a process known as racemization, to determine its age. As time goes by the abundance of the L-amino acids used in the creation of the silk protein decreases while the abundance of D-amino acids associated with the silk’s deterioration, increases. Measuring this ever changing ratio between the two types of amino acids can reveal the age of a silk sample. Archaeologists and forensic anthropologists have used this process for decades to date bone, shells and teeth, but the techniques used required sizeable samples, which for precious silk objects are almost impossible to obtain. 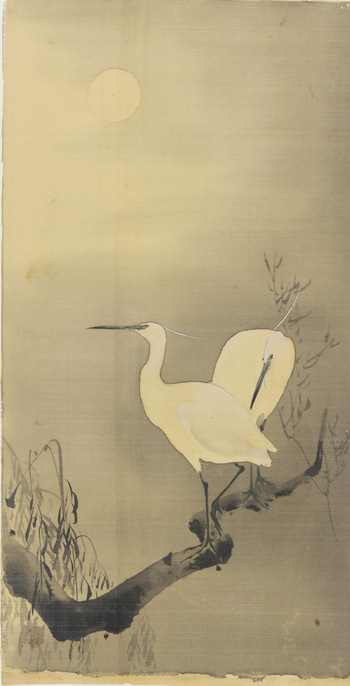 This Japanese artwork, “Pair of Cranes on Branch,” was made from ink and color painted on silk. It is one of hundreds of artworks containing silk fibers in the collections of the Smithsonian’s Freer and Sackler Galleries.

“Many things an animal makes are protein based, such as skin and hair. Proteins are made of amino acids,” explains Smithsonian research scientist Mehdi Moini, chief author of a recent paper in the journal Analytical Chemistry announcing the new dating method. “Living creatures build protein by using specific amino acids known commonly as left-handed [L] amino acids. Once an animal dies it can no longer replace the tissues containing left-handed amino acids and the clock starts. As L- changes to D-amino acids [right handed], the protein begins to degrade,” Moini explains. Measuring this ever-changing ratio between left-handed and right-handed (D) amino acids can be used as a scientific clock by which a silk’s age can be estimated. In controlled environments such as museum storage, the decomposition process of silk is relatively uniform, rendering D/L measurement more reliable. 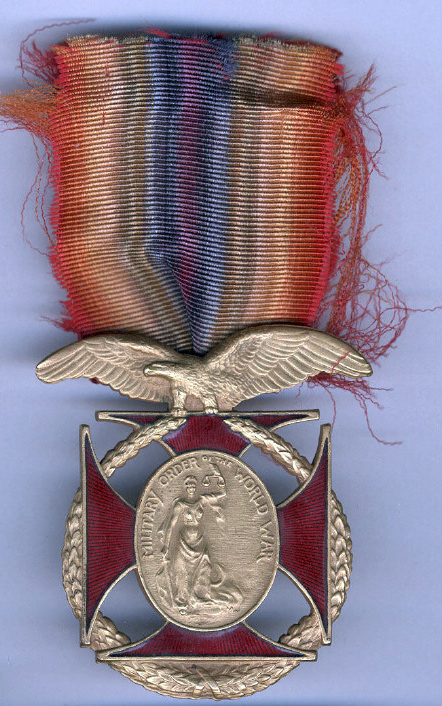 This Order of the World War medal with its colorful ribbon is one of many artifacts in the collections of the Smithsonian’s National Air and Space Museum that contain silk.

The Smithsonian Museum Conservation Institute team used fiber samples taken from a series of well-dated silk artifacts to create a chart of left-hand and right-handed amino-acid calibration ratios against which other silks fabrics can be dated. Those items included new silk fibers; a silk textile from the Warring States Period, China (475-221 B.C.) from the Metropolitan Museum of Art in New York City; a silk tapestry (1540s) from the Fontainebleau Series, Kunsthistorisches Museum, Vienna, Austria; a silk textile from Istanbul (1551-1599) from the Textile Museum, Washington, D.C.; a man’s suit coat (1740) from the Museum of the City of New York; and  a silk Mexican War flag (1845-1846) from the Smithsonian’s National Museum of American History.

Previously, the scientists write, dating silk has been largely been a speculative endeavor that has mostly relied on the historical knowledge of a silk piece, as well as its physical and chemical characteristics.” The new technique takes about 20 minutes, and requires the destruction of about 100 microgram of silk fiber, making it preferable over C14 (carbon 14) dating, which requires the destruction of so much material that it is prohibitive for most fine silk items.