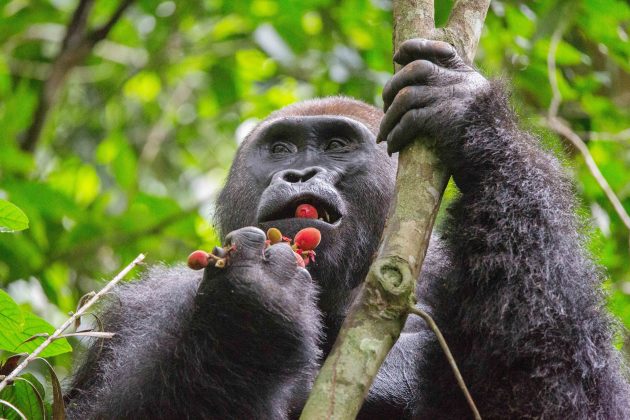 During the course of a year, a western gorilla in the Lossi Forest of Northern Congo stuffs its face with a profusion of fruit, including figs, mulberries, and the sour-sweet monkey fruit. It’s a win-win situation for both animal and plant. The gorilla gets the energy from the sugar, and the plant gets its seeds dispersed—either dropped or ahm, dropped.

But there’s one fruit you won’t catch a western gorilla eating: Pentadiplantra brazzeana, a bean-sized berry that resembles a red plum, nicknamed l’oubli, meaning forgetfulness, because, as the story goes, the fruit tastes so sweet that in seeking it out, children may forget their mothers. So why don’t these gorillas ingest what—judging by their sweetness—seem to be sugar-filled energy bombs?

New research suggests an answer: Because of two genetic mutations, both western gorillas and the closely related eastern gorillas don’t taste the P. brazzeana fruit as sweet. The research was reported in the American Journal of Physical Anthropology.

It has been known since 1994 that the sweet component of P. brazzeana isn’t sugar at all, but rather a sweet-tasting protein known as brazzein. It seems the plant has evolved to entice animals to eat its fruit, which packs the sweetness of a much larger, sugary fruit through only a bit of protein, while the gorillas appear to have evolved to not fall for the trick. 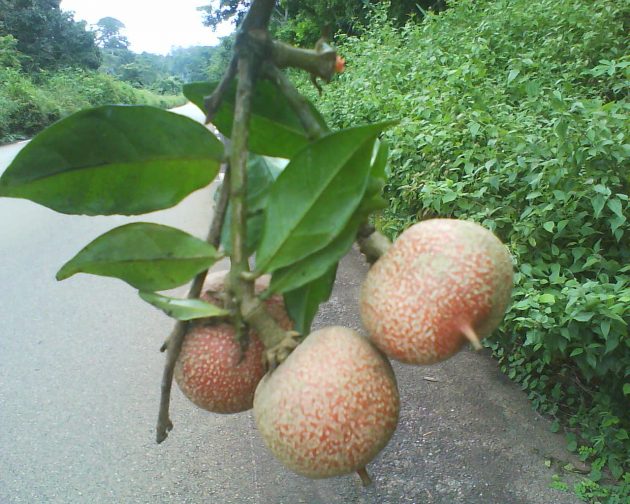 “From an evolutionary standpoint, if the gorillas were eating a lot of the fruit but not obtaining the caloric benefit from it, it would give them a disadvantage over time because they wouldn’t be getting the nutrition that they need. So by not eating it and eating other things, they’re benefiting from [the mutations],” says Kristin Saltonstall, a co-author of the study from the Smithsonian Tropical Research Institute in Panama.

The researchers, including co-authors Brenda Bradley from George Washington University and her graduate student Elaine Guevara from GWU and Yale University, happened upon these findings while conducting a survey of variation in taste receptors for 57 primates and other animals. By looking at a particular protein called T1R3 found in taste buds and essential for tasting sweetness, the researchers saw that the T1R3 of many old world monkeys and apes is composed of the same amino acids, the protein’s building blocks. These animals also are known to taste brazzein as sweet.

“You see these multiple mutations in gorillas, and they just happen to be (I’m using air quotes here) at those sites that would prevent them from being deceived. I think this is really interesting,” Bradley says. 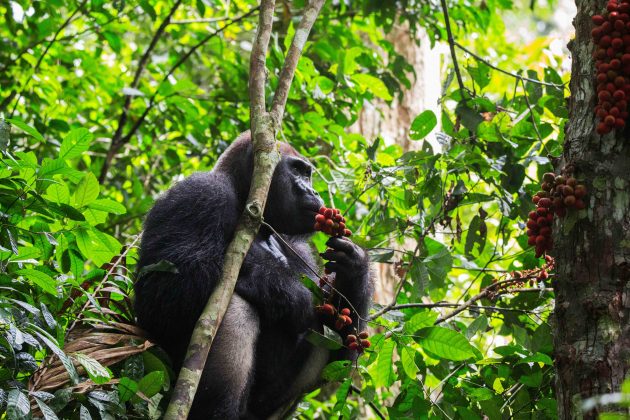 Paulo Guimarães Jr., a coevolution researcher who was not involved in this study,
is fascinated by this “molecular evidence of potential coevolution,” he writes in an email. He has a few misgivings, though. “I missed some experimental manipulation exploring if and how gorillas avoid brazzein-rich fruits. Also, it is not clear to me why the ‘taster’ phenotype was fixed in old world monkeys,” he continues.

Another way to think about the latter point is to ask, why haven’t other old world monkeys and apes developed mutations in the same amino acids as eastern and western gorillas have? There certainly has been plenty of time—35 million years—for this to have happened.

“That’s a question, perhaps, of historical contingency. Mutation is a random process. So it might be that mutations haven’t happened,” Bradley says. Or it could be possible, she continues, that these other species get some benefit from the fruit, and so there wouldn’t be strong selection for this particular mutation.

To say for sure, though, that the mutations indicate coevolutionary adaptations in response to brazzein’s trickery, more work needs to be done on the natural ecology of flowering plants and their interaction with animal seed dispersers.

“We’re not proving absolutely that it’s an adaptation—it’s really hard to prove that any trait is an adaptation that evolved via natural selection. The best we can do at this stage is say that it’s a really interesting coincidence and something worth following up on,” Bradley says.