Dodo bird a resilient island survivor before the arrival of humans, study reveals

The dodo (Raphus cucullatus), an extinct flightless relative of the pigeon has today come to symbolize the stupid, clumsy or obsolete. A new study on the dodo’s island home of Mauritius in the Indian Ocean, however, paints a much different picture of this unusual bird as an intrepid survivor on par with the giant tortoise for its resiliency.

The dodo’s large size and inability to fly were adaptations that allowed this bird to survive some of the most hostile conditions and climactic events imaginable. Only in the 1600s did a force more deadly than extreme drought and volcanic eruptions lead to its extinction: humans. 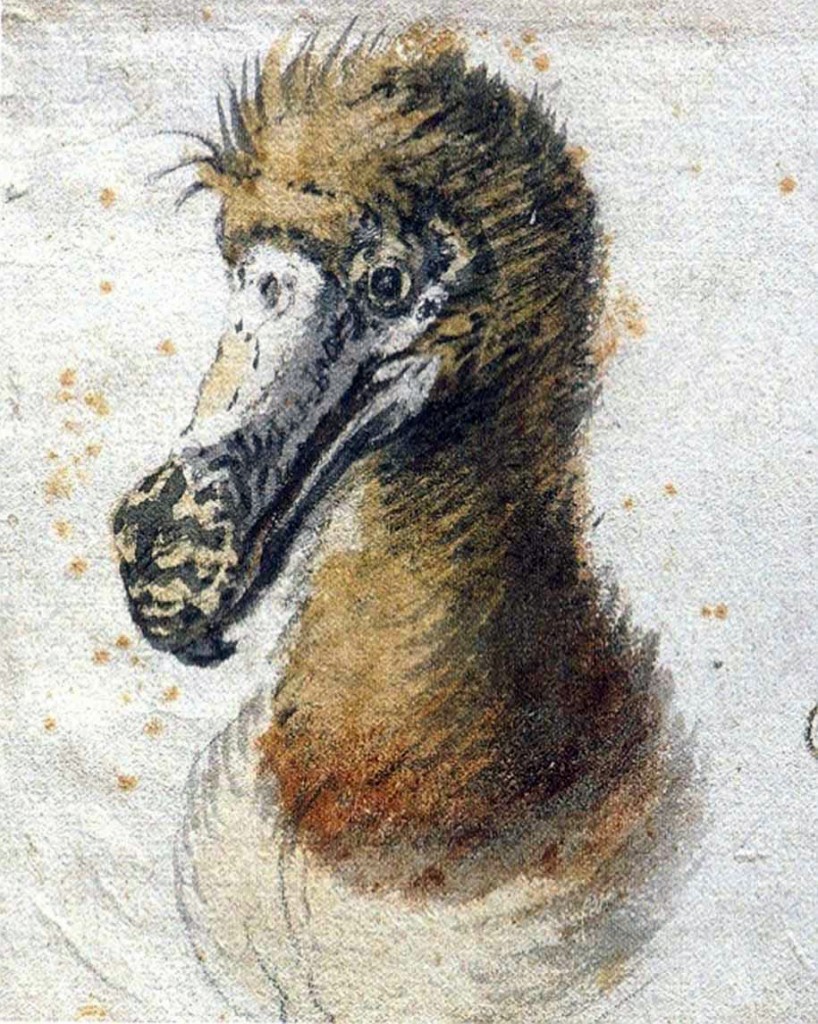 Painting of a dodo head by Cornelis Saftleven. Done in 1638,  this painting may be one of the last illustrations made of a live dodo. (Image from Boijmans Museum, Rotterdam)

In a recent paper in the journal “The Holocene” a team of scientists detail the extreme conditions that caused the death of some 500,000 animals on Mauritius during the mid-Holocene at around 4000 years ago. The evidence is a thick bed of fossil bones on Mauritius that spans an area of about 5 acres—the site of a former freshwater lake bed. The fossil layer is dominated by the remains of thousands of dodos and giant tortoises, as well as many small reptiles and flying birds. 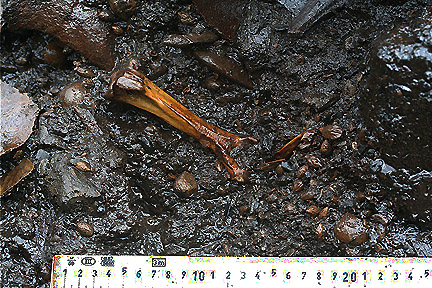 Dodo bone in a matrix of mud, seed and other fossils excavated in a dry lake bed on the Island of Mauritius. (Image copyright Kenneth Rijsdijk/Dodo Research Programme)

Using radiocarbon dating of the bones, oxygen isotope analysis of geologic features on Mauritius and nearby islands, and the study of the island’s water table, the scientists determined the animals died during an extreme drought that lasted several decades. “Dodos, tortoises, lizards and other animals gathered here because the lake was one of the few sites on the island with fresh water,” says Hanneke Meijer, an ornithologist at the Smithsonian’s National Museum of Natural History and one of the paper’s co-authors.

“It is evident that a lot of animals suffered and died during this period, and their populations were greatly reduced,” Meijer continues, “but no species, including the dodo, went extinct during this extreme drought.” Fossil evidence reveals that “all animals were still living and the island’s ecosystem was intact at the time humans arrived in the 1600s.” 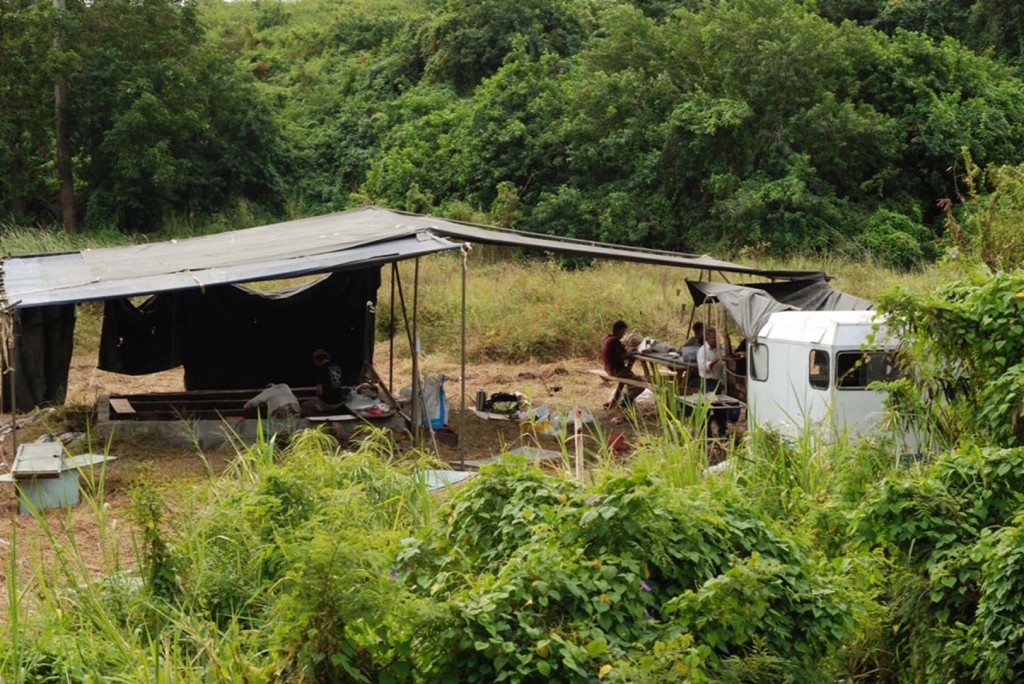 The excavation site on the island of Mauritius where the remains of some 500,000 animals were found, victims of an extreme drought some 4,000 years ago. (Image copyright Mikel Rijsdijk/Dodo Research Programme)

The dodo was resilient, and perfectly adapted to the island’s habitat, Meijer explains. “The island had no predators or carnivores and the dodo had no need to flee, so it lost its ability to fly. It received a reputation as stupid because it did not flee from humans” and human-introduced predators after they arrived at the dodo’s home in the 1600s.

Today, Meijer says, the forest cover on Mauritius has been reduced by 98 percent with only a few patches of original forest remaining. Considerable resources have been directed to preserving the island’s few remaining endemic species, such as the Mauritian kestrel. (The island’s giant tortoises went extinct in the 1800s when Dutch trade ships filled their holds with these long-lived animals to use as fresh meat on long voyages to and from Indonesia. “Mauritius was a popular stop because it provided fresh water and lots of food,” Meijer says) 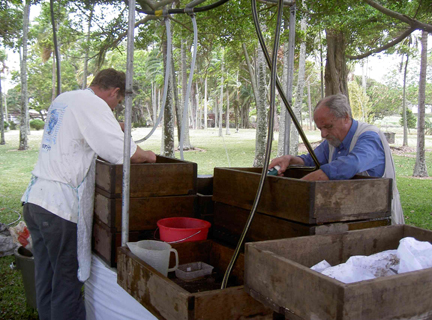 Should another extended drought occur similar to the mid-Holocene event, it is very likely the remaining endemic species on Mauritius would not survive as the environment is so degraded. “Even many of the native plant species in the few remaining forest patches would probably perish,” Meijer says.

“With modern climate change scientists are very interested in how island animals adapt, as their ability to move to less disturbed areas is limited,” Meijer explains. “It has always been thought that animals on islands are particularly sensitive to climate change.” In the case of the dodo and other species on Mauritias, this new study reveals an island population highly resilient to climate change.