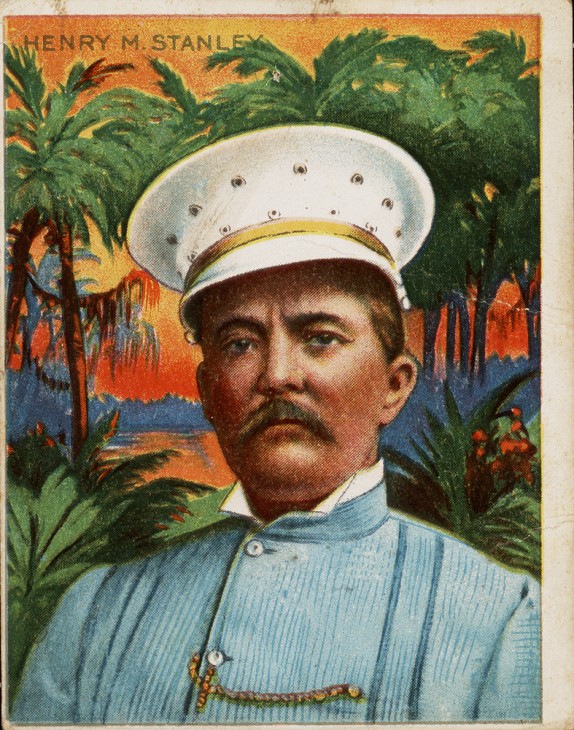 This Henry M. Stanley trading card is from the series: “The World’s Greatest Explorers,” New York, American Tobacco Co., 1910. Stanley’s image, and others like it, once accompanied packs of Hassan cork-tip cigarettes. A Welsh journalist and explorer, Stanley is best known for searching out and finding David Livingstone, an explorer and missionary, in Africa. The adventures of explorers like Stanley and Livingstone captured the Victorian public’s imagination. From The Art of African Exploration a Smithsonian Institution Libraries Web site.