The 5.8-magnitude earthquake that shook the eastern United States on the afternoon of Tuesday, Aug. 23, caused minor damage to some of the Smithsonian’s natural history collections, both at the National Museum of Natural History in Washington, D.C. and at the Smithsonian’s Museum Support Center in Suitland, Md. All public Smithsonian museums are open and have been determined safe for visitors and staff. 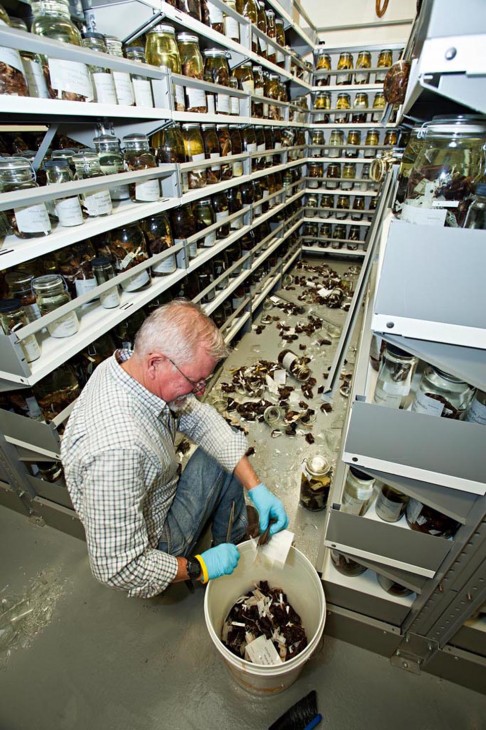 Museum specialist Charley Potter sorts fluid preserved specimens of bats from research collections at the Smithsonian’s Museum of Natural History. Glass jars holding the specimens toppled and smashed during the Aug. 23, 2011 earthquake. Eight jars of fish specimens located at the Smithsonian’s Museum Support Center, a storage and research facility in Suitland, Md., also fell from their shelves. The specimens have been collected and re-secured in temporary holdings. (Photo by James DiLoreto)

Fifty jars of scientific specimens preserved in alcohol at the National Museum of Natural History fell from their shelves. The specimens have been collected and re-secured in temporary holdings. The museum currently holds close to 1 million jarred specimens.

Smithsonian staff and others are continuing to assess the damage to the Institution’s buildings and collections sustained during the earthquake. The most serious structural damage occurred at has been to the Smithsonian Castle Building on the National Mall and our storage facility in Suitland, Md. 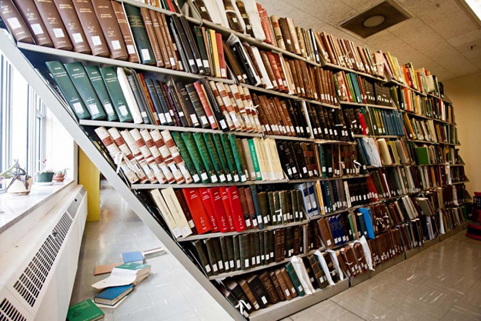 A toppled bookshelf stack in the Botany Library at the Smithsonian’s National Museum of Natural History, following the Aug. 23, 2011 earthquake.(Photo by James DiLoreto)

Five decorative turrets on the East side of the Castle sustained significant damage. Workers are now trying to secure them so they will not sustain further damage during this weekend’s expected hurricane.