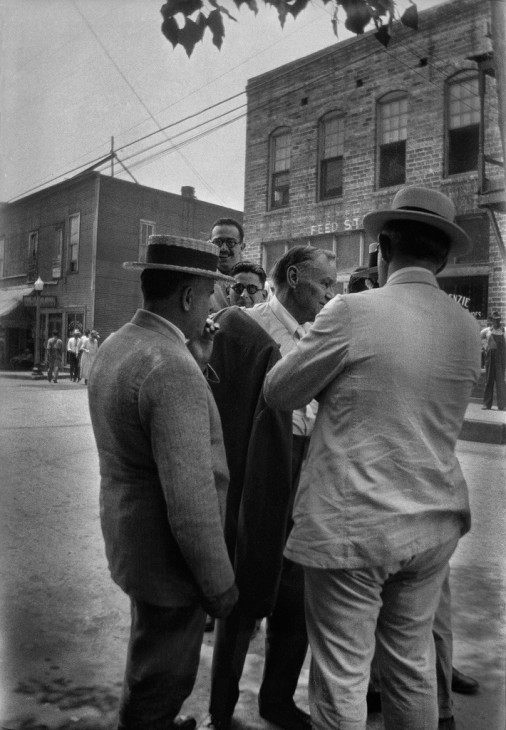 This image of lawyer Clarence S. Darrow (center) talking with group of men in Dayton, Tenn., in July 1925 is one of 10 photographs from the Scopes “Monkey Trial” trial by William Silverman that were recently donated to the Smithsonian Institution Archives by Silverman’s daughter, Henrietta Silverman Jenrette. This and other rarely seen photographs taken by Watson Davis, managing editor of the syndicated news service Science Service, and Silverman during the trial have been assembled on the Web by the Smithsonian. The images can be viewed  on the Smithsonian Flicker Commons photo set  “Tennessee v. John Thomas Scopes Trial Photographs.”