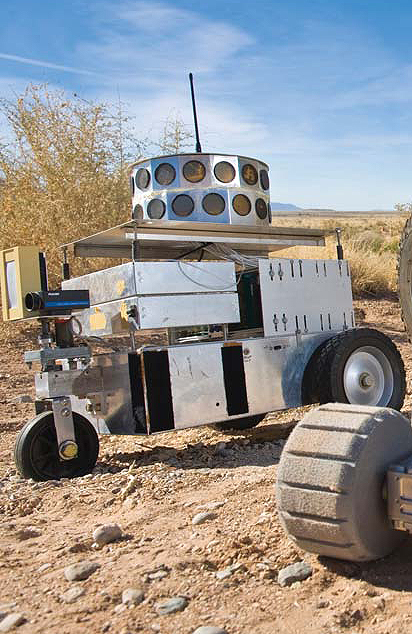 This interior robot was recently added to the permanent robotics collection of the Smithsonian’s National Museum of American History as a donation from Sandia National Laboratories. First introduced in 1985, it was the only robot at that time able to navigate a building without a pre-programmed pathway or floor wiring. Other recent donations from Sandia to the robotics collection included hopping robots; Miniature Autonomous Robotic Vehicles; and one of the earliest battlefield scout robots developed in the 1980s. The robots were donated during National Robotics Week at the Lemelson Center for the Study of Invention and Innovation at the American History Museum. (Photo by Randy Montoya, Sandia National Laboratories)