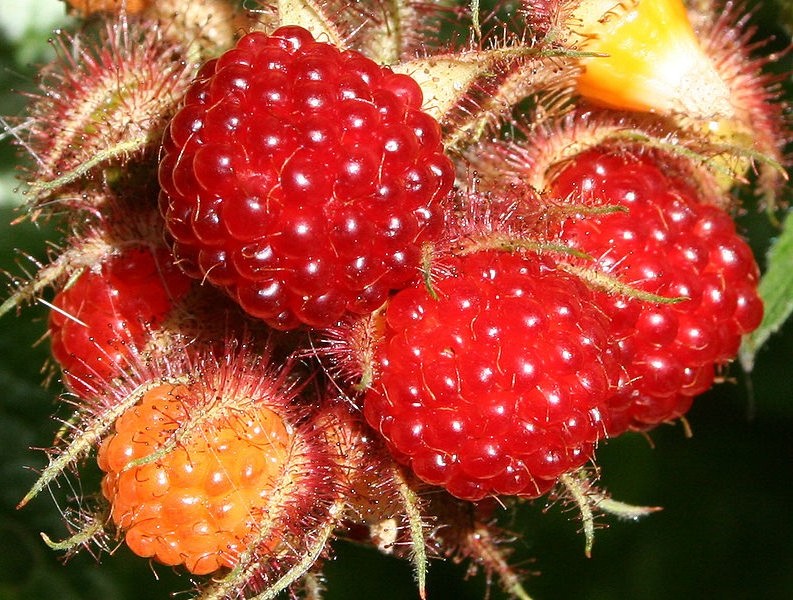 If a tree falls in the forest does it make a sound? Perhaps, but what happens afterward is of growing concern to scientists studying the invasive plant Rubus phoenicolasius, better known as the wineberry, in the United States. 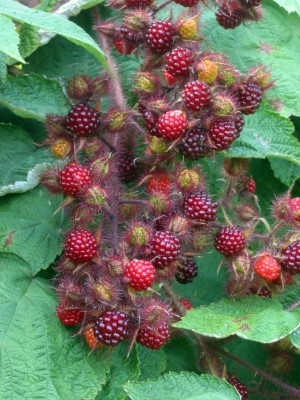 A recent study in a forest at the Smithsonian Environmental Research Center in Edgewater, Md., has shown that soon after a tree falls, wineberry seedlings pop-up in the gap created by the fallen tree. These opportunistic plants quickly fill-in the gap, taking advantage of the increased light coming through the tree canopy and the fresh soil at the fallen tree’s turned-up roots. Once established on the forest floor wineberry canes rarely die. The rapid growth of the plant is slowed after the canopy closes again. Its canes remain on the shaded forest floor waiting to spread further with the next tree fall.

Native to Japan, China and Korea the wineberry or wine raspberry was introduced to the United States in 1890. It is now listed as invasive in Maryland, Pennsylvania, Tennessee, Virginia, North Carolina and West Virginia. A vigorous grower, it forms dense thickets of prickly red canes with broad leaves covering large areas and displacing native plants. In the eastern United States it is now common along forest, field, stream and wetland edges and in open woods.

During the experiment conducted by David Gorchov of Miami University ; Dennis Whigham, senior scientist at the Smithsonian Environmental Research Center, and their colleagues, the team learned that a thick layer of leaf litter is a forest’s best defense against wineberry seedlings. Bare soil, such as that found at the turned-up roots of a fallen tree, promotes the sprouting of wineberry seedlings.

The bad news, the researchers write, is “that this invasive will become pervasive even in old stands,” of deciduous forest. “The good news is that the invasion of old stands can be prevented by simple cultural control.” The scientists recommend searching new treefall gap areas in a forest every three years and pulling up any R. phoenicolasius seedlings and young plants that are found there.

A paper “Treefall gaps required for establishment, but not survival, of invasive Rubus phoenicolasius in deciduous forest, Maryland, USA,” appeared in a recent issue of the scientific journal Plant Species Biology.