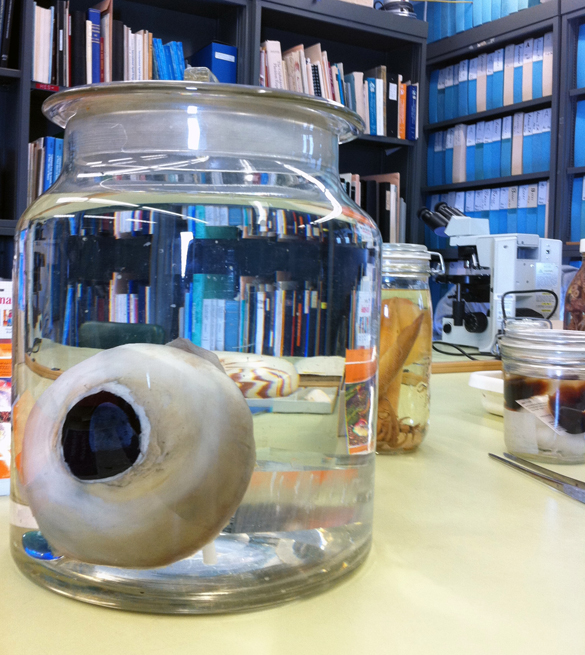 Giant squid have the largest eyes in the animal kingdom—at up to 10 inches in diameter, they are the size of a dinner plate. These massive organs allow giant squid to detect objects in the lightless depths where most other animals would see nothing.

The giant squid is among the largest invertebrates on Earth—with lengths measuring nearly 60 feet. Giant squid can descend to 6,500 feet and are known to be aggressive hunters.