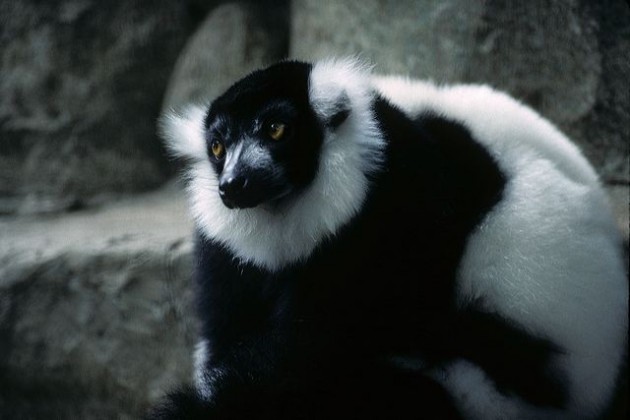 A troupe of black-and-white ruffed lemurs at Zoo Atlanta have recently demonstrated to researchers that they are capable of social learning, a scientific first for prosimians the most primitive evolutionary branch of the primates.

Scientists from the Smithsonian’s National Zoological Park and Zoo Atlanta devised a simple experiment using a food-filled PVC pipe capped at both ends. At the pipe’s center is a small door that can be opened with a lifting action or with a sliding action. Opening the door gives the lemurs access to the food inside.

The scientists divided the lemurs into two groups and had them each watch individually as a “demonstrator” lemur in an adjoining enclosure repeatedly opened the food door using only the sliding action only or the lifting action only. Subjects watched demonstrators for varying amounts of time. When given the pipe, each of the subjects in both groups opened the door on their first attempt using the method they had seen demonstrated. 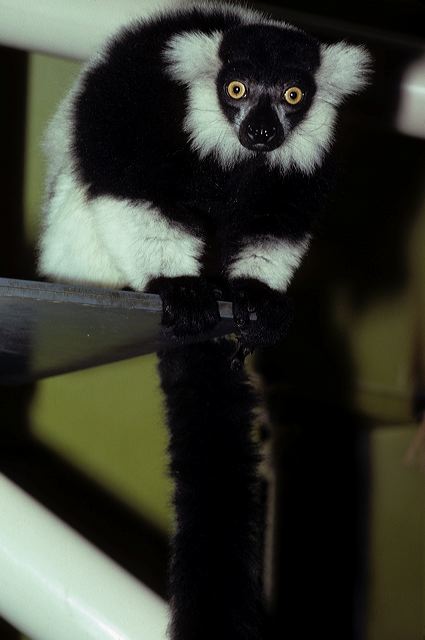 “These results suggest that prosimians are capable of social learning,” the researchers write in a recent issue of the journal Biology Letters, “and that additional long-term field studies may reveal the presence of behavioural traditions similar to those found in other primates.”

A St. Partick’s Day treat for the Zoo’s red-ruffed lemur