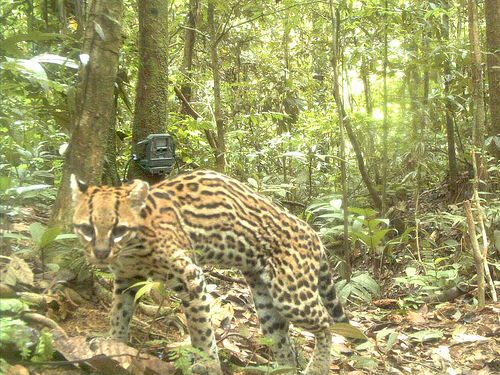 This photo of an ocelot was taken by Smithsonian scientists during a recent camera-trap survey of these animals in the Peruvian Amazon near the Ecuador border. Survey results indicate this area contains the highest reported density of ocelots on record.