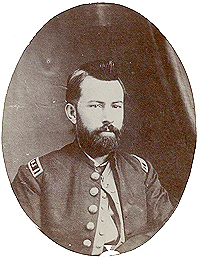 Obsessive in his collecting and emotionally invested in contributing to science and perpetuating knowledge, Edward Palmer (1831-1911) lived the adventurous yet nomadic life of a collector.  Regarded by many as “the father of ethnobotany,” Palmer collected plants and objects extensively in North and South America during the late 19th century.  His established standards for plant collecting and reporting—particularly for plants useful to people—that are still in use today. 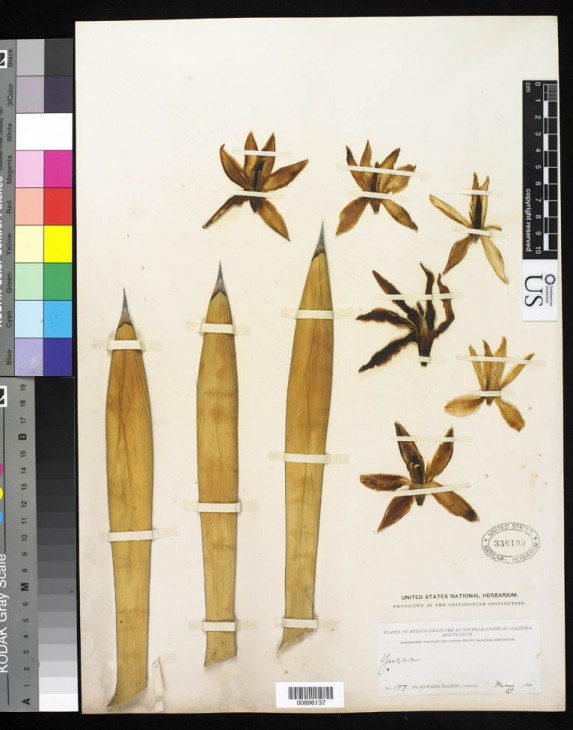 Voucher specimen of yucca collected by Palmer in the U.S. National Herbarium.

Today Palmer’s botanical collections—which number more than 100,000 items—reside in research institutions the world over. The largest collection of some 16,000 specimens can be found in the U.S. National Herbarium at the Smithsonian’s National Museum of Natural History. Now, a new Website from the Department of Botany “Edward Palmer Collections” has opened a fascinating window into the many items collected by Palmer that are in the Smithsonian’s collections. The Website specifically highlighs the connections between the botanical and anthropological collections Palmer made in the North American Southwest and Mexico from 1867-1898.

Palmer’s botanical collections from Mexico remain extremely valuable, in particular, because they include plants that were new to science at the time. He followed the emerging railroad lines into areas of Mexico not previously explored by naturalists or scientists. Six of the more than 30 Indigenous societies with whom Palmer worked are featured on the new website, including the Iviatim (Cahuilla), Xawil Kunyavaei (Cocopa), Akimel O’odham (Pima), Aha Macave (Mohave), Kumeyaay, Ipai, and Tipai (Diegueño), and Rarámuri (Tarahumara).

Only recently have researchers come to recognize the wealth of indigenous knowledge available through Edward Palmer’s Collections.  The Smithsonian’s collection was amassed while Palmer  was working as a Smithsonian field representative,  scientist at the Smithsonian’s Bureau of American Ethnology, and collector and “expert” for the U.S. Department of Agriculture.