A new species of bark spider from Madagascar that spins some of the largest webs on record has been discovered by two entomologists—Matjaz Kuntner and Ingi Agnarsson—research collaborators of the Smithsonian’s National Museum of Natural History in Washington, D.C. Females of the newly named species, Caerostris darwini or Darwin’s bark spider, cast giant webs across streams, rivers and lakes, suspending the web’s orb above water and attaching it to plants on each riverbank. Bridgelines of these water-spanning webs have been measured as long as 25 meters. 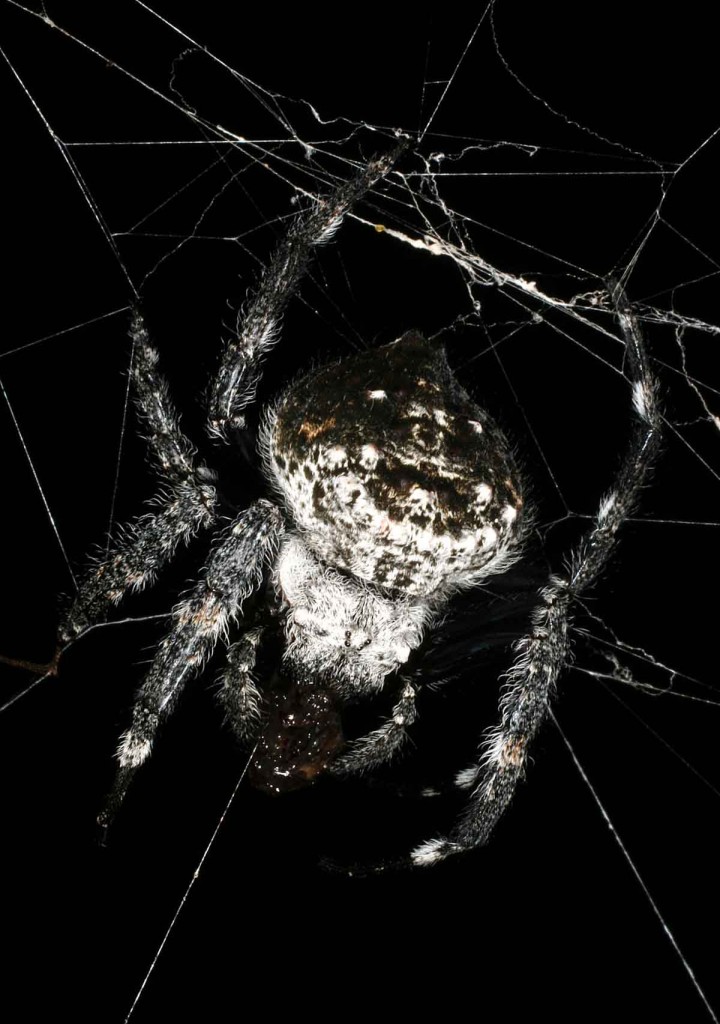 Studies of the silk of these spiders by Kuntner, Agnarsson and University of Akron collaborator Todd Blackledge, have revealed it is among the toughest of all known spider silks. The strength of their silk allows them to exploit the open area above waterways—a unique ecological niche.

Above: This video shows a Darwin’s bark spider on her web subduing a dragonfly. (Video by Matjaz Gregoric)

Bark spiders of the genus Caerostris are abundant in Madagascar, a country the researchers describe as a “hot spot” of Caerostris diversity. Surprisingly, given the size of the spiders and their webs, virtually nothing is know about Caerostris natural history, the scientists write.

One characteristic of these spiders, Kuntner and Agnarsson say, is extreme sexual size dimorphism, with large females and much smallermales. Most of what is known about species of this genus is through females collected by researchers, as the males are small, look nothing like the females, and often hide in vegetation close to the females’ webs. 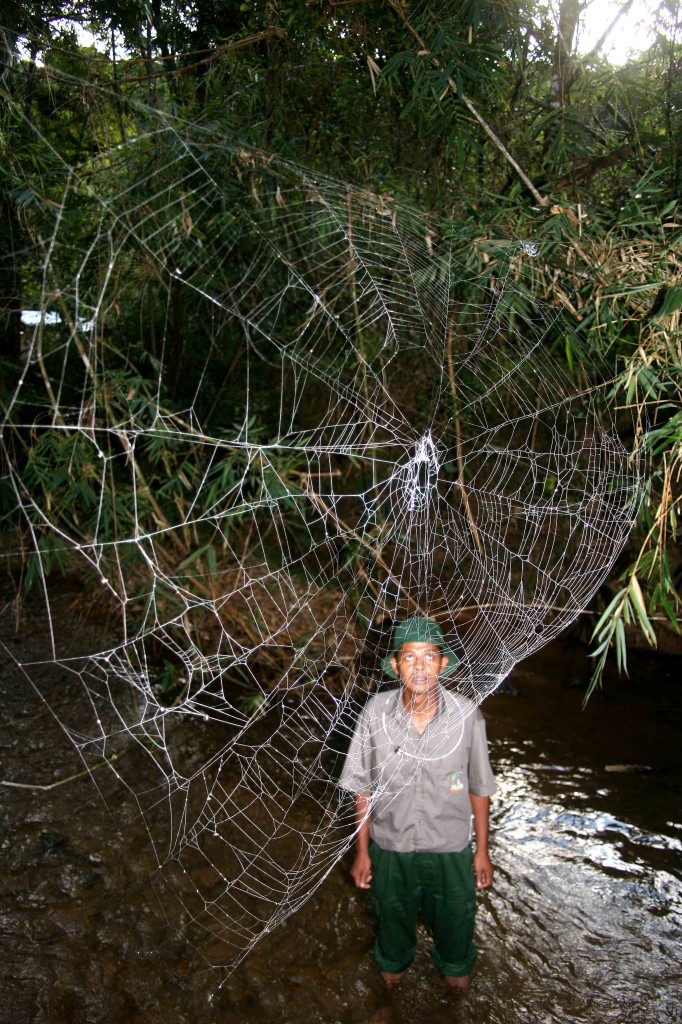 A large C. darwini web over a stream in Madagascar. (Photo by Matjaz Kuntner)

“Clear understanding of this diversity is critical to conserving these giant orbweavers and their habitat in the rapidly diminishing forests of Madagascar,” the scientists write. A paper describing C. darwini and introducing some of the striking aspects of Caerostris biology was recently published in The Journal of Arachnology. A paper on this spider’s silk was published in “PLoS One.”