NSRC to receive $25 million Investing in Innovation grant from U.S. Department of Education 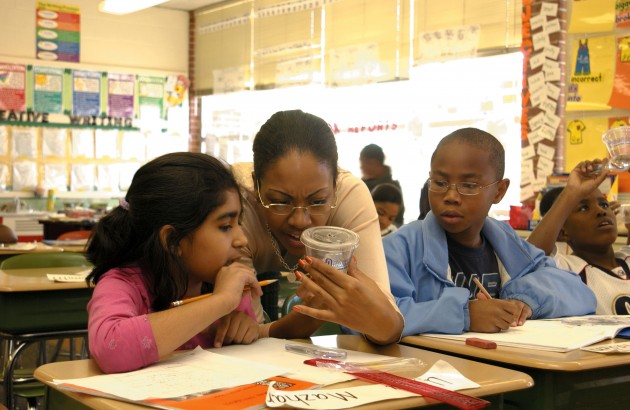 The National Science Resources Center, a joint program of the Smithsonian Institution and the National Academies, will receive a $25.5 million Investing in Innovation (i3) grant from the U.S. Department of Education to support its work in transforming science education for grades one through eight. The NSRC is one of only 49 applicants chosen from a pool of 1,700 to receive an i3 grant. The grant is contingent on a 20 percent match from private-sector donors.

The funding will allow the NSRC to validate its LASER (Leadership Assistance for Science Education Reform) Model. LASER, a systemic approach to reform, is a set of processes and strategies designed to help state, district and school leadership teams effectively implement and sustain high-quality science education for elementary, middle and secondary school students. More than 1,500 leadership teams from states and school districts throughout the United States—representing an estimated 30 percent of the U.S. student population—have already participated in LASER activities to improve science education in their states and communities.

The grant enables the NSRC to improve the learning and teaching of science for a total of 75,000 students in grades one through eight and 3,000 teachers in rural schools in Indiana, North Carolina and the urban district of Houston. The NSRC and its partners will work with these sites to execute a comprehensive, research-based science education program and simultaneously build the infrastructure to sustain ongoing science-education reform.

The University of Memphis in Tennessee and its partners will serve as outside evaluators of the project, conducting a large-scale, rigorous, cross-state randomized controlled study to test the LASER Model in high-poverty urban and rural schools. This validation study of the effectiveness of the model will support the scale-up of LASER throughout the United States.