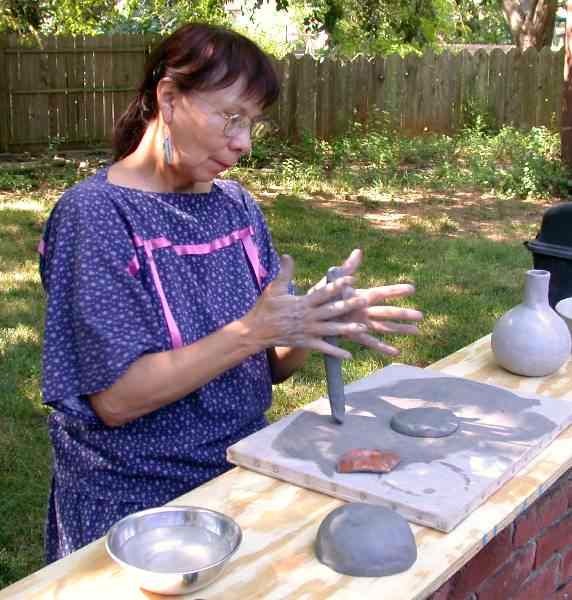 “One of the greatest strengths of the anthropology collections at NMNH is their historical depth,” says Daniel Rogers, anthropology department chairman at the Natural History Museum. “Ms. Redcorn’s contemporary pottery is providing NMNH anthropologists with a modern connection to early Caddo traditions.”

The Caddo people of Arkansas, Louisiana, Texas and Oklahoma have maintained many of their traditional ways and actively work to preserve their unique tribal cultural today. One example is the pottery of Jeri Redcorn.

“Ms. Redcorn’s pottery represents the modern reflection of a tradition that goes back more than 1,200 years,” says Rogers. 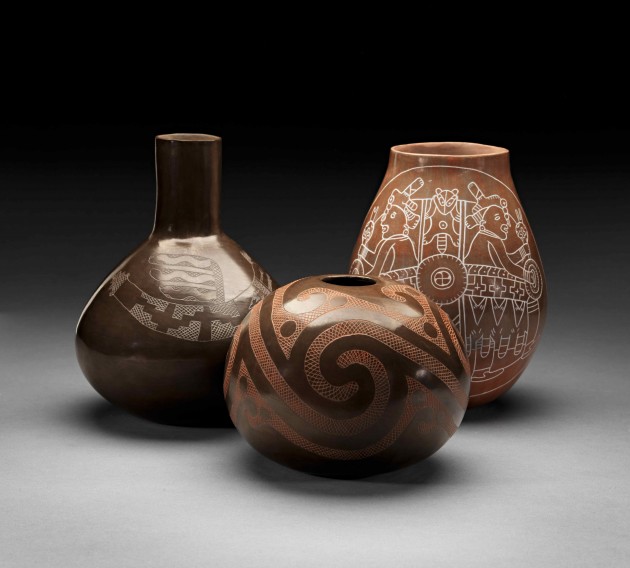 These three vessels by Jeri Redcorn were recently added to the collections of the Anthropology Department of the National Museum of Natural History. (Photo by James DiLoreto)

Early Caddo pottery was made of coiled clay commonly mixed with a temper (a material that strengthens the clay) made of bone or pottery shards. The shape of the vessels varied considerably in form and decoration, but as seen in Redcorn’s work, pottery was commonly decorated with incised (drawn into wet clay) lines forming complex circular and rectangular designs that covered a large portion of the vessel.

In 2007 Ms. Redcorn was commissioned to make three pots for the National Museum of Natural History.  The end result was three beautiful examples that represent a combination of traditional designs with a modern interpretation.  The three pots were brought to the Smithsonian in 2009. Ms. Redcorn has also participated in the Smithsonian’s National Museum of the American Indian programs and in 2009 First Lady Michelle Obama chose one of Ms. Redcorn’s pots for display in the White House.