Meteorite that fell in Lorton, Va., identified by Smithsonian scientists 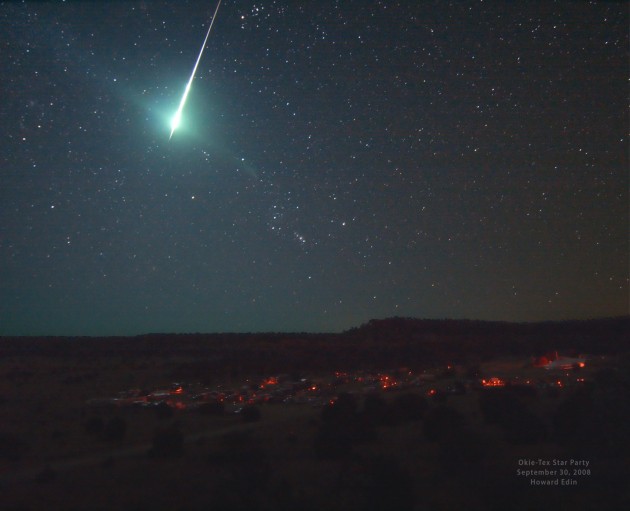 A meteorite that crashed through the roof of a Lorton, Va., doctors’ office on Monday, Jan. 18, 2010 was recently identified by scientists in the Division of Mineral Sciences at the Smithsonian’s National Museum of Natural History. Local newspapers reported that thousands of people from southern New Jersey to southwestern Virginia witnessed the meteorite streak through the sky in a colorful fireball and break apart as it passed through the atmosphere.

A local television news crew brought the meteorite to the Smithsonian for verification and Natural History Museum Collections Manager Linda Welzenbach identified it as a stony chrondite meteorite weighing about two-thirds of a pound. “It’s ordinary because 85 to 90 percent of everything that falls is this type of meteorite,” Welzenbach told the Baltimore Sun newspaper. “It has a light gray interior with little, tiny iron, nickel metal particles.” The meteorite is covered with a black fusion crust that was created as its exterior melted from the heat generated by friction with the Earth’s atmosphere.