For the first time, astronomers have found a supernova explosion with properties similar to a gamma-ray burst, but without seeing any gamma rays from it. The discovery, using the National Science Foundation’s Very Large Array radio telescope, promises to point the way toward locating many more examples of these mysterious explosions.

“We think that radio observations will soon be a more powerful tool for finding this kind of supernova in the nearby Universe than gamma-ray satellites,” said Alicia Soderberg of the Harvard-Smithsonian Center for Astrophysics. 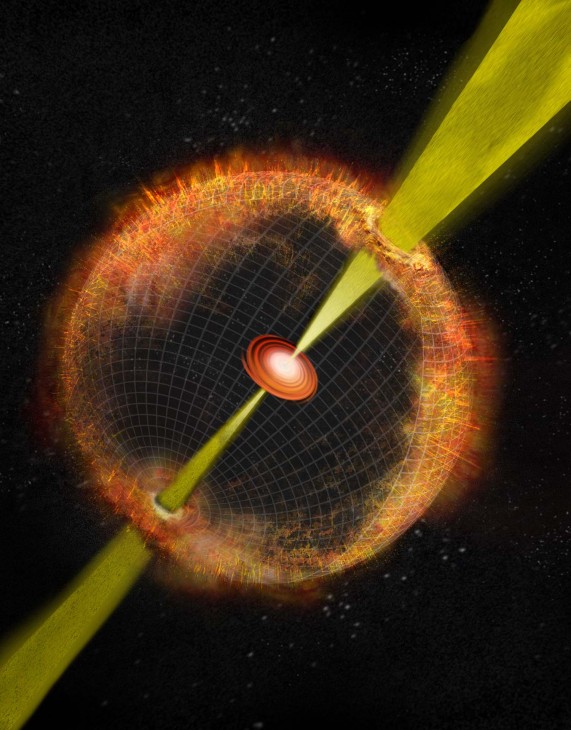 The telltale clue came when the radio observations showed material expelled from the supernova explosion, dubbed SN2009bb, at speeds approaching that of light. This characterized the supernova, first seen last March, as the type thought to produce one kind of gamma-ray burst.

“It is remarkable that very low-energy radiation, radio waves, can signal a very high-energy event,” said Roger Chevalier of the University of Virginia.

When the nuclear fusion reactions at the cores of very massive stars no longer provide the energy needed to hold the core up against the weight of the rest of the star, the core collapses catastrophically into a superdense neutron star or black hole. The rest of the star’s material is blasted into space in a supernova explosion. For the past decade or so, astronomers have identified one particular type of such a “core-collapse supernova” as the cause of one kind of gamma-ray burst.

Not all supernovae of this type, however, produce gamma-ray bursts. “Only about one out of a hundred do this,” according to Soderberg. 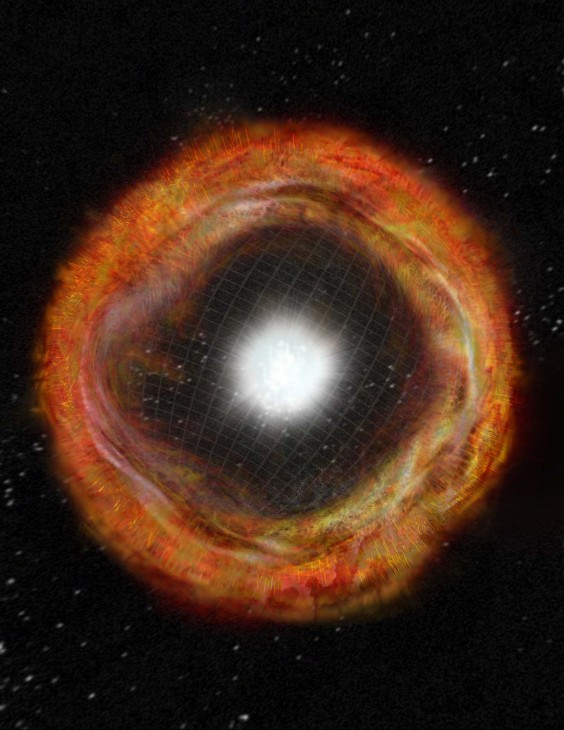 In the more-common type of such a supernova, the explosion blasts the star’s material outward in a roughly spherical pattern at speeds that, while fast, are only about 3 percent of the speed of light. In the supernovae that produce gamma-ray bursts, some, but not all, of the ejected material is accelerated to nearly the speed of light.

The superfast speeds in these rare blasts, astronomers say, are caused by an “engine” in the center of the supernova explosion that resembles a scaled-down version of a quasar. Material falling toward the core enters a swirling disk surrounding the new neutron star or black hole. This accretion disk produces jets of material boosted at tremendous speeds from the poles of the disk. 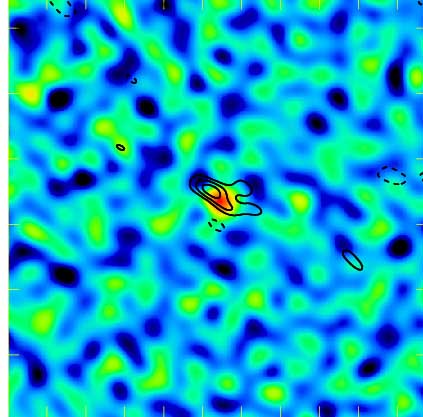 “This is the only way we know that a supernova explosion could accelerate material to such speeds,” Soderberg said.

Until now, no such “engine-driven” supernova had been found any way other than by detecting gamma rays emitted by it.

Soderberg and Chevalier worked with Alak Ray and Sayan Chakrabarti of the Tata Institute of Fundamental Research in India; Poonam Chandra of the Royal Military College of Canada; and a large group of collaborators at the Harvard-Smithsonian Center for Astrophysics. The scientists reported their findings in the January 28 issue of the journal Nature. The supernova was first discovered in optical images by Guiliano Pignata of the Chilean Automatic Supernova Search (CHASE).