Stuck to a leaf like a blob of jam, the gelatinous egg clutch of the red-eyed treefrog (Agalychnis calidryas) of Central America is a food favored by arboreal snakes. Five minutes is all it takes for a snake to gobble down a clutch of a few dozen frog eggs. Yet, as their unhatched siblings are being devoured, some of the red-eyed treefrog embryos can sense the vibrations of the snake’s feasting and hatch prematurely. Squirming and wriggling the tadpoles escape by dropping from the leaf and into a pond below. 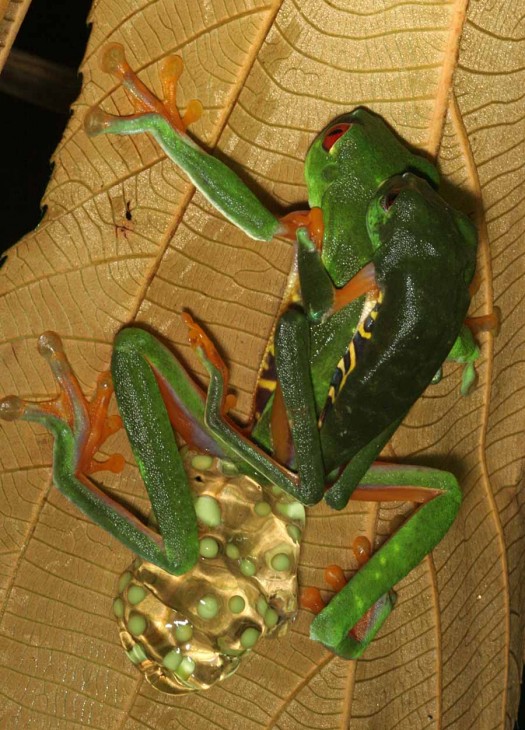 A female red-eyed treefrog deposits a clutch of eggs on a leaf overhanging a pond.

What puzzled the researchers was that the low-frequency vibrations that triggered the embryo hatchings were in some ways very similar to vibrations caused by many benign forest stimuli—such as rainfall, wind or non-predatory animals. “Hatching early in response to benign stimuli would be a serious error” Warkentin explains, “since premature hatchlings are vulnerable to predators in the pond. We reasoned that if a defense—such as hatching early—is costly for prey, then mechanisms should be in place to avoid false alarms, just as mechanisms exist to recognize and defend against predators.” 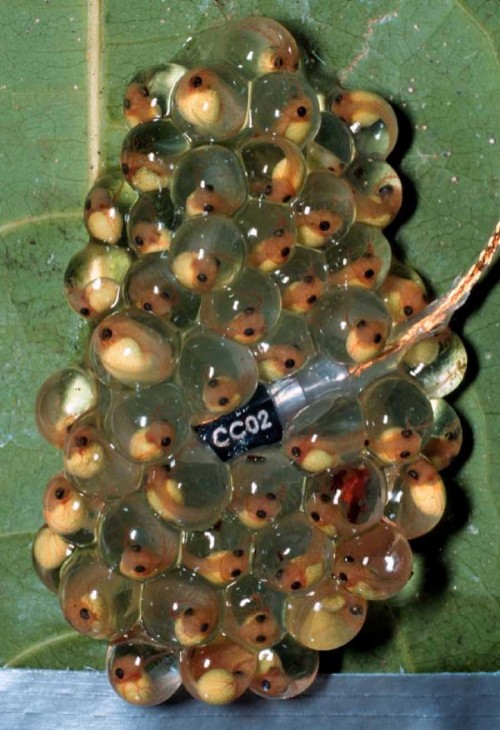 Photo: The device in this egg clutch is an accelerometer, used to record vibrations. The vibration recording from a snake attack on an egg clutch is shown below.

A paper on this research: “Is it safe? Red-eyed treefrog embryos assessing predation risk use two features of rain vibrations to avoid false alarms,” was published in the journal Animal Behavior at the Web address:  www.elsevier.com/locate/anbehav 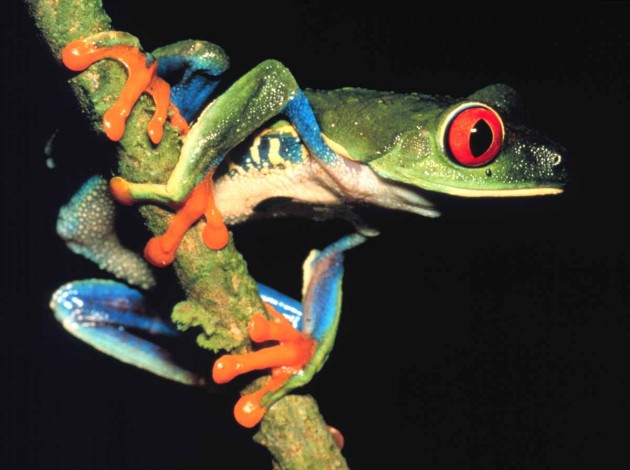 The Web site for the Warkentin Lab at Boston University is: people.bu.edu/kwarken/