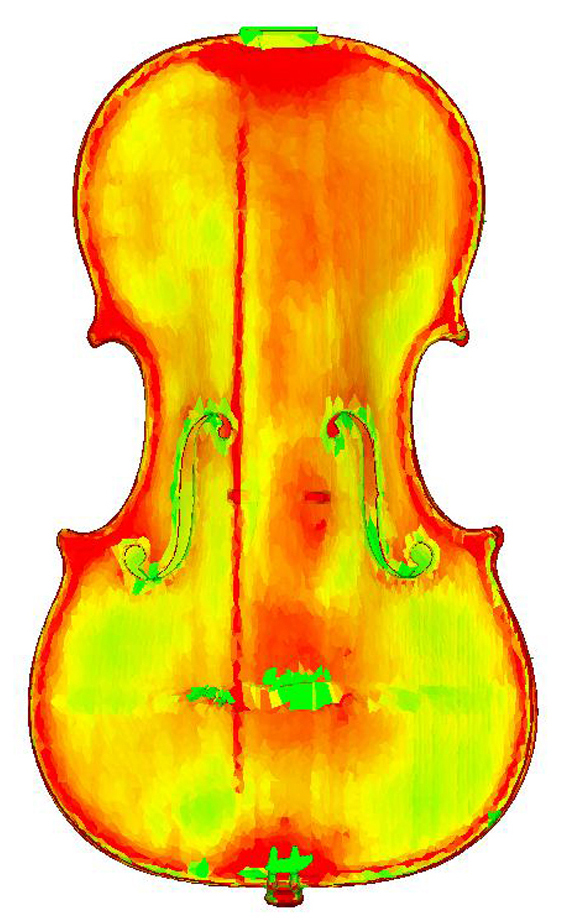 With the help of a high-resolution CT scanner, researchers at the Smithsonian Institution recently took a giant leap forward to a better understanding of the engineering and craftsmanship that Antonio Stradivari (1644-1737), master violin maker of Cremona, Italy, built into each of his renowned instruments. The CT, or computed tomography, scanner is a medical imaging device normally used in hospitals to create 3-D X-ray images of the human body.

In a pilot study that used seven Stradivari violins made between 1670 and 1709, the researchers scanned each violin with a CT scanner then used the data to create digital, 3-D images of each violin. Using the scanner they recorded exact digital measurements of the dimensions of each instrument; recorded the volume of material used to build each instrument; recorded the volume of air inside the body of each violin; and measured variations in the thickness of the thin layer of wood that makes up the top board and back board in each instrument. A number of the violins used in the study are from the collection of the Division of Musical Instruments of the Smithsonian’s National Museum of American History. The project was a collaboratin between the American History Museum and the Smithsonian’s National Museum of Natural History. 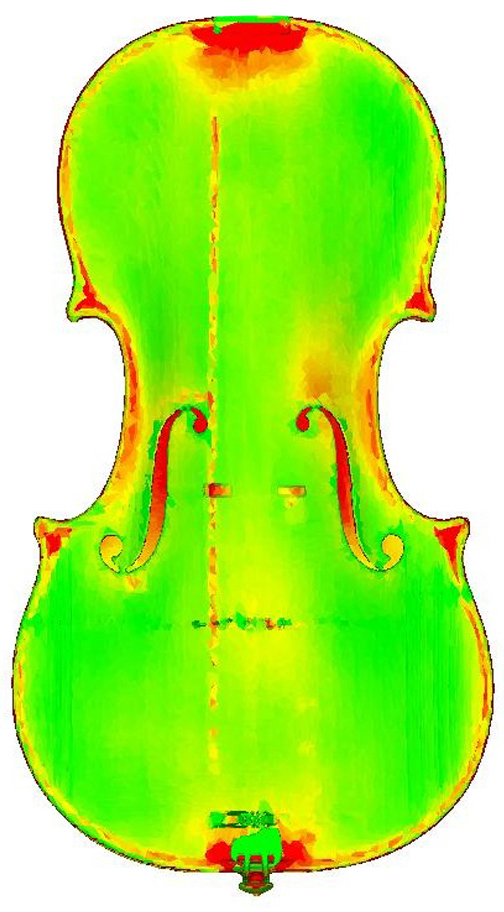 Many intricate and previously unseen details were revealed in the digital images, such as repair patches in a violin’s interior, the exact yet subtle slope of each back and front board, and the location of ivory and ebony inlays. Most importantly, when the data for each violin was compared, the researchers could see how the manufacture of the violins changed over time.

“The use of the scanner has improved our access to research data which otherwise would be inaccessible,” says Bruno Frohlich of the Anthropology Department at the Smithsonian’s National Museum of Natural History. “Obviously, we cannot take these instruments apart and study how they were made. Yet the digital models made with the scanner are factual representatives of the original objects and allow us to study how the instruments’ general architecture and other features have changed over time.”

One discovery the team made was that the volume of wood made in the construction of the violin bodies varied by 41.6 percent from 1670-1709, yet, the volume of air inside the violin bodies varied by only 8.2 percent. “Stradivari tried to keep the air volume in his violins as constant as possible, even as the trend of construction over time moved in the direction of a thinner wood board,” Frohlich says. The thickness of wood used in the construction affects the weight of the instrument, the strength and possibly tone. 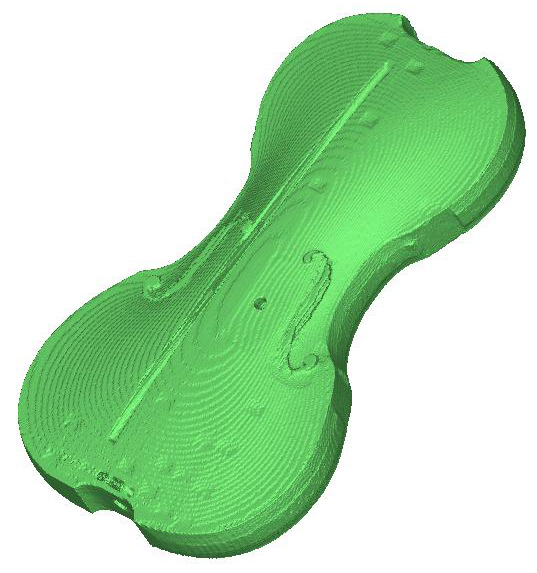 This 3-D model reveals the shape and volume of the air mass located inside the body of a Stradivarius violin.

With the success of the pilot study, the researchers now plan to analyze and compare data collected from scans of 47 other old instruments made by Stradivari, Nicolo Amati, Joseph Guarneri and other luthiers. When compiled this data should tell an interesting story of how violin making has changed, or remained remarkably the same, in the last 350 years.

The research team included Bruno Frohlich, Gary Sturm of the Division of Music, Sports and Entertainment at the National Museum of American History; Janine Hinton, of the Department of Anthropology, National Museum of Natural History and Else Frohlich of the Department of Biomedical Engineering, College of Engineering, Boston University. Support for the project was provided by Siemens Medical Solutions in North Carolina and Materialise in Belgium and Ann Arbor in Michigan.