Some dolphins cross the Pacific more easily than others. Why that matters for protecting them 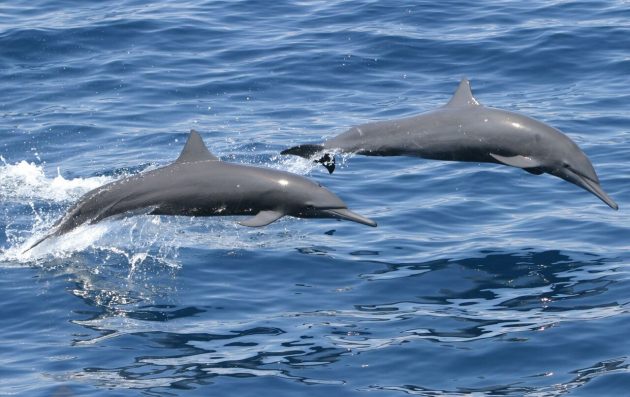 Marine mammologist Matthew Leslie aims his crossbow from the bow of a moving boat at the dolphins riding the breaking waves below. A dolphin will only have a small pinprick when the hollow-tipped dart bounces off its skin, but Leslie leaves with something invaluable: a skin sample.

Back at the lab, these skin samples are revealing the complex global DNA patterns of two species of dolphins that look very similar, but are vastly different. The spinner dolphin and the pantropical spotted dolphin coexist in tropical oceans around the world, however, not every spinner or spotted dolphin is the same.

With numerous populations and subspecies of each recognized around the world, researchers took to the seas to answer the questions: How closely related are these groups? And why can one cross an ocean while the other stays put?

The answers may help protect them both from deadly commercial fishing practices. 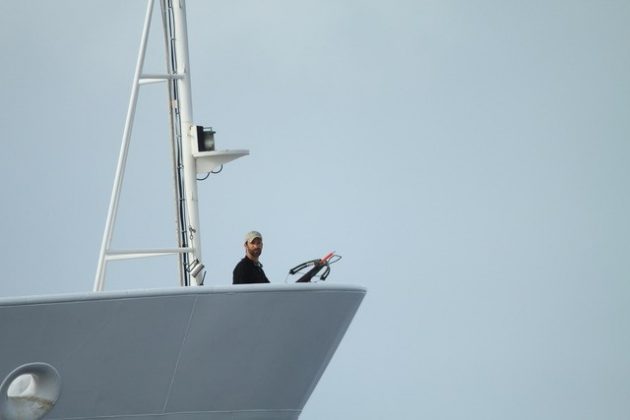 A scientist armed with a crossbow loaded with a hollow-point dart, prepares to collect tissue samples from dolphins swimming near the bow of a ship. Tissue samples provide DNA that can be analyzed and compared between different dolphin groups in the eastern Pacific Basin. (Photo by Jim Cotton, NOAA-NMFS)

“Our data show unique lineages in the eastern Pacific Ocean for both species, but for different reasons,” explains Leslie, the Secretary’s Distinguished Postdoctoral Research Scholar at the Smithsonian’s National Museum of National History, who published the findings last week in the journal Royal Society Open Science.

The vast waters of the east Pacific basin, a huge expanse of thousands of miles of open ocean, appears to be a difficult barrier for spinner dolphins to cross, but spotted dolphins don’t have the same trouble.

The DNA of several subspecies of spinner dolphins located on either side of this area show little genetic intermixing—the subspecies are not breeding with one another. Researchers are unsure whether this could be that the ocean is keeping them apart, or something unique to the behavior or ecology of spinner dolphins.

Whatever may be preventing spinner dolphins from interbreeding across this area, it is a little obstacle to the spotted dolphins. Spotted dolphin DNA is similar across the east Pacific basin, but it is divided into near-shore and offshore groups in the eastern Pacific Ocean.

Scientists had suspected that spotted dolphins around the world were quite a different group than those that don’t venture far from the shores of Central and South America. Now they have proof. 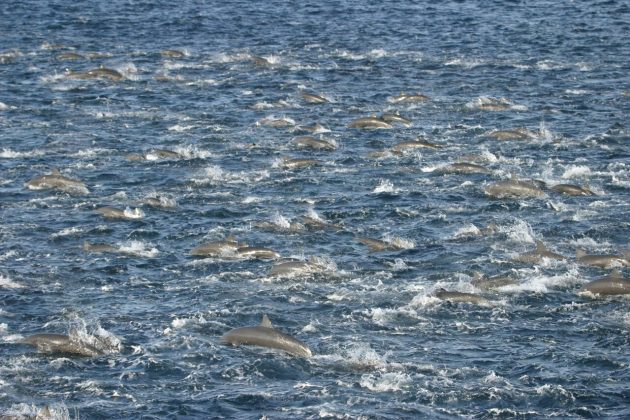 “Most of the way around the globe spotted dolphins are sharing some sort of gene flow. We suspected this for a long time, that the rest of the globe was something united,” Leslie says. “The coastal group—the ones that don’t go very far from the shore—are very different.”

“You can’t protect something if you don’t know it exists,” Leslie says. “Each one of these independent lineages has its own conservation threats.”

This study adds important global context for dolphin recovery in the eastern tropical Pacific, where an estimated 6 million were killed in the 20th century, caught as “bycatch” in commercial tuna fishing. 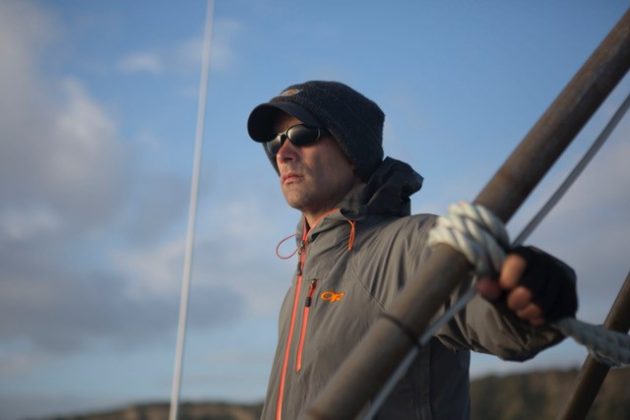 Matthew Leslie on the lookout for dolphins in the eastern Pacific. (Photo by Dani Casado)

Throughout the world’s tropical oceans, the spinner and spotted dolphins are a common sight for those fishing for tuna. Yellowfin tuna have a camaraderie with both dolphin species. They are so frequently found swimming together that the fishing industry recognizes the quickest way to find this prized fish is to search for these charismatic mammals. But in the effort to reach the huge shoals of tuna below, the dolphins have on occasion become collateral damage.

In the mid-1960s, the world was shocked by the cruelty of a fishing practice known as “dolphin setting,” where speedboats chase down dolphins and herd them into a tight group. The tuna-dolphin bond is so strong that tuna stay with the dolphins as a net is set around them all and hauled in.

“The dolphins would either drown in the net or they would be wrapped in the net and crushed alive in the hydraulic winches used to pull the nets aboard,” Leslie says. 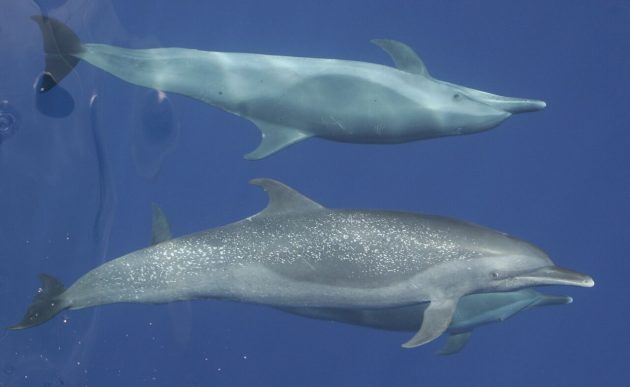 While the threat has been significantly reduced by the introduction of the U.S. Marine Mammal Protection Act and the creation of dolphin-safe fishing practices, populations have not rebounded as scientists expected and bycatch from fishing is still a problem.

“We don’t know how many groups [of dolphins] there are across the world. Knowing where those groups are and how to count them is important for fisheries management as there are still major issues of bycatch,” Leslie says.

The genetic work of Leslie and his colleagues has revealed that several small, genetically independent groups of spinner and spotted dolphin species exist around the world. The smaller the population, the greater the impact of any human-induced or natural fatality.

“Each population needs its own prescription for how to deal with environmental threats,” Leslie says.